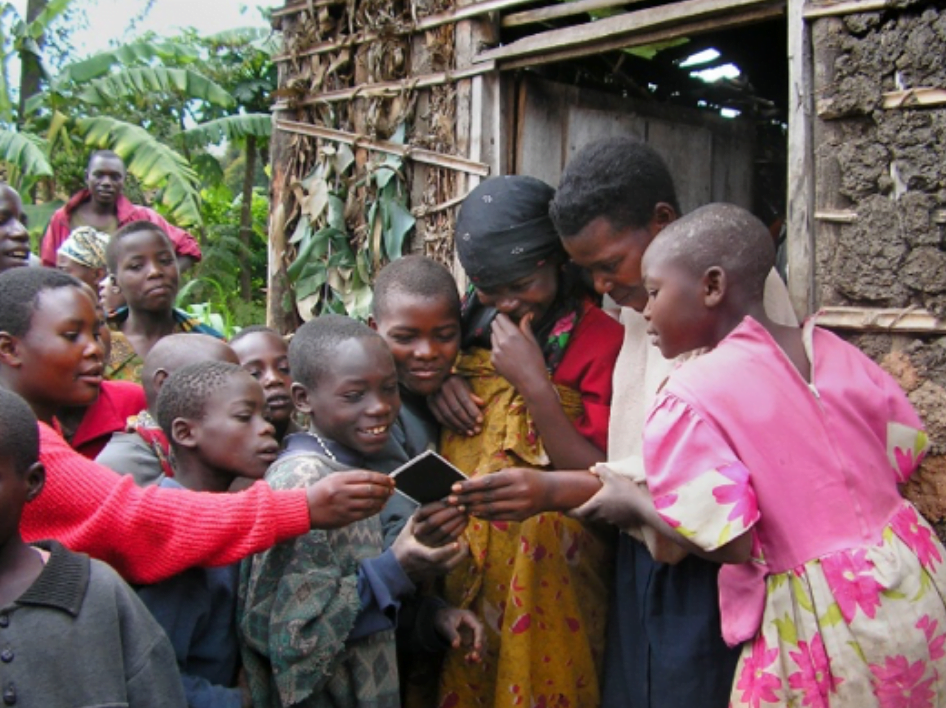 For 18 years Greenwich residents Jenifer Howard and Joanne McKinney and photo journalist Kristen Ashburn have been involved with a wonderful photo project that taught photography to children orphaned during the Rwandan Genocide against the Tutsi.

The nonprofit photo project Through The Eyes of Children began in 2000 and was founded by Old Greenwich resident David Jiranek (1958 –2003).

Jenifer and Joanne worked with David from its inception, along with award-winning photo journalist Kristen Ashburn. When David unexpectedly passed away in 2003, Jenifer, Joanne and Kristen, along with David’s widow Cricket and his brothers Teke, Todd and others, kept the project going.

The “Camera Kids” as they were called in the photo project, were between the ages of eight and 16 when Through The Eyes of Children began in 2000.

The children participated in annual workshops and their photos were exhibited around the world.

Today, the Camera Kids are all young adults and three out of the 19 original students – Bizimana, Gadi and Mussa – are now professional photographers paying forward the opportunity that was given to them.

The three photographers are teaching photography to other vulnerable children around the world. “We could not be prouder,” Howard said.

This past summer, Gadi, Mussa and Bizimana conducted two US-based photo workshops, one in New Jersey with Haitian immigrant teens, and one in Boston with children living in foster care. 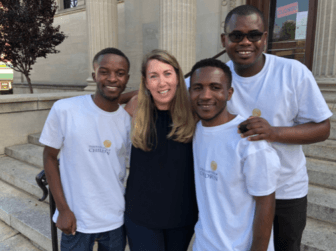 Jeni Howard with three of the original Camera Kids, Gadi, Mussa and Bizimana who are now professional photographers who conduct workshops around the world for vulnerable children.

In coming months, they plan to take the mission global and conduct photo workshops with street children in Ethiopia, Syrian refugee children in Lebanon and orphans in Haiti.

Last week they completed another photo workshop in Rwanda with deaf and disabled children.

A Kickstarter Campaign has been very successful in helping to finance this next round of photo workshops. ” The more we raise, the more photo workshops can be accomplished,” Howard said.

In addition, the photo workshops are being filmed for a documentary film called “Camera Kids” that we hope to have completed later this year or in early 2020.

Watch the trailer for the film here.

“As these extraordinary young photographers bring their talent, achievements and hope for tomorrow directly to the next generation of Camera Kids,” Howard said, adding that the Kickstarter campaign is key to making these photo workshops a reality.

To learn more or see the photos, please visit the Kickstarter campaign, the website and watch this video. 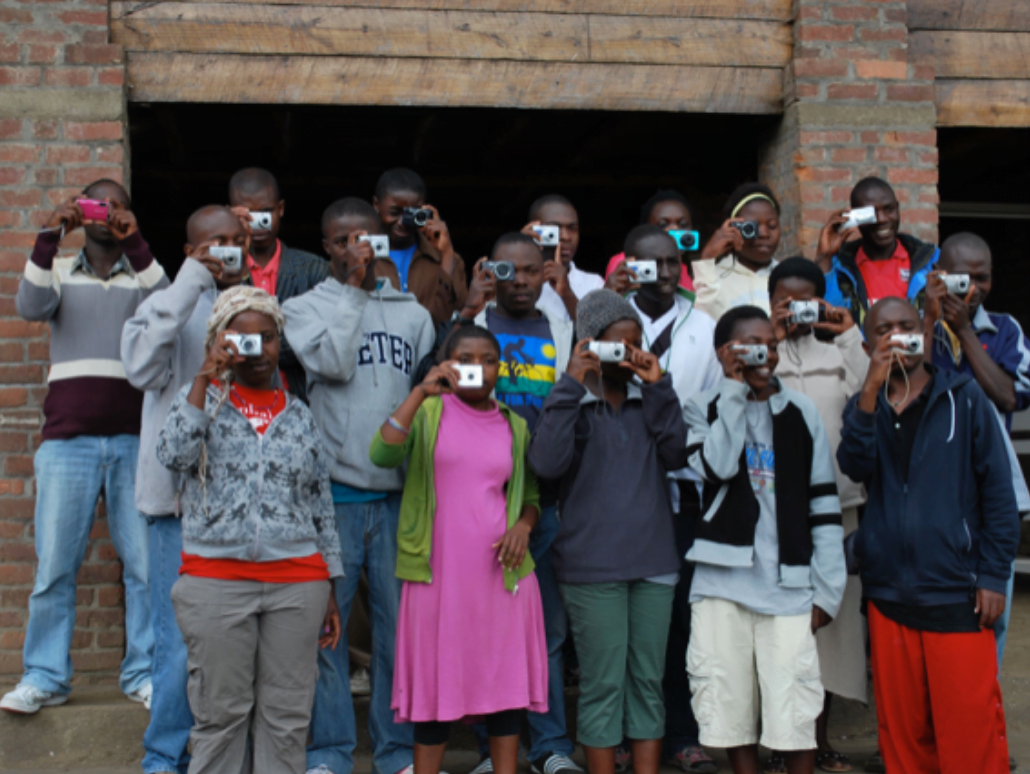 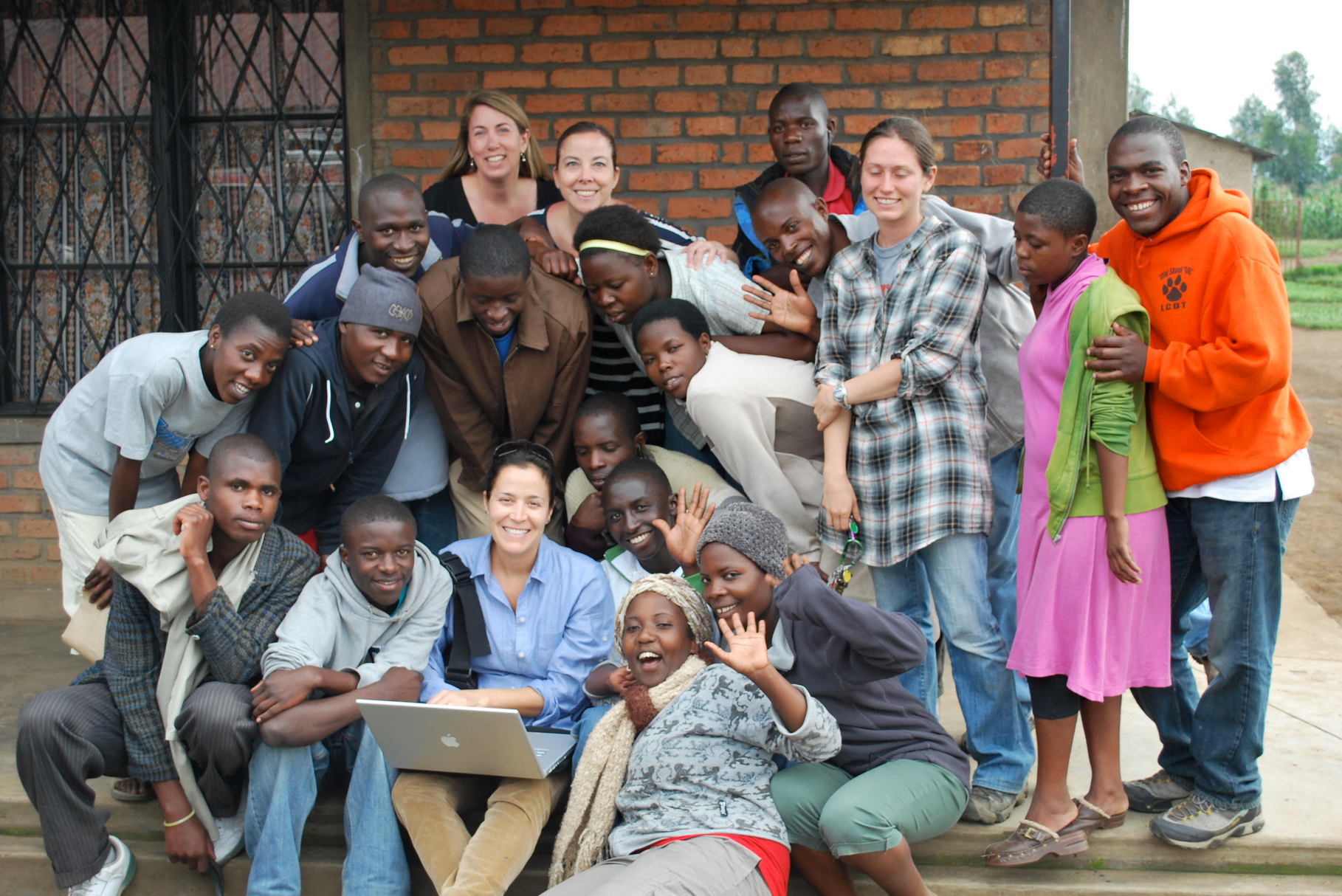