Kyler Woerz, 9, recently had an idea for a way to celebrate the diversity of students at North Mianus School where he is a third grader.

His idea was sparked in the beginning of the school year at a community building event where students learned to make origami. Students in all grades worked together, with older students helping the younger ones.

“We learned origami in the media center and Ms. Coupe said we were going to make origami fish, cranes and swans,” Kyler recalled. “I chose to make a fish and then I thought maybe I should make more fish since I’m really good at making them.”

Kyler took his idea to NMS Principal Angela Schmidt who was very receptive.

“I said I should make fish for the entire whole school and display them on a bulletin board. The caption would be, ‘Our School of Fish,'” Kyler said, adding that he also made a poster to cover the bulletin board. 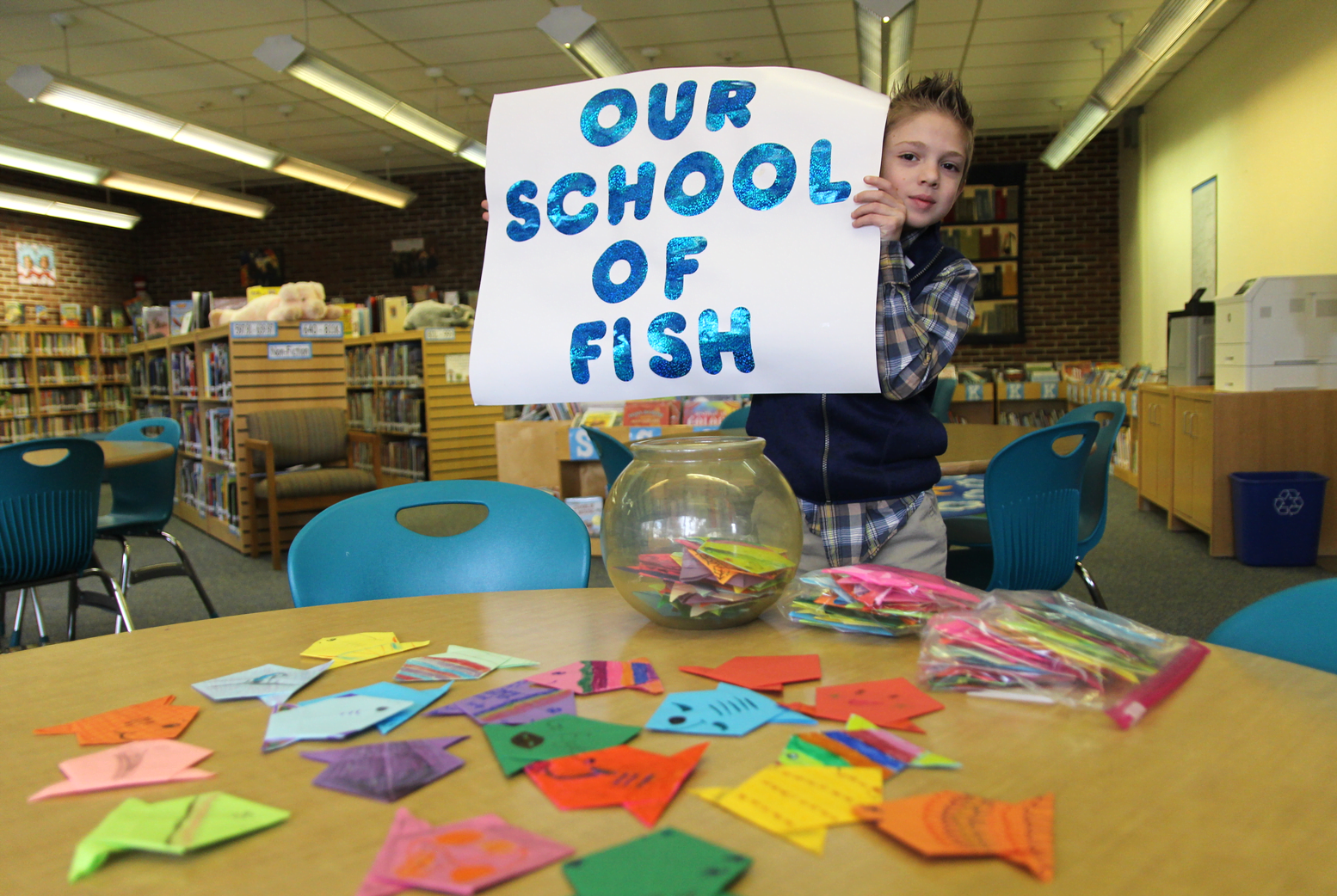 Indeed, Kyler made a whopping 551 origami fish, each of which he said incorporates at least a dozen folds. “I can make one in a minute now,” he said, adding that he got so involved in the project that he made extras so there were enough for all the teachers.

On Wednesday afternoon, as Kyler spread out dozens of origami fish across a table in the media center, he said, “I thought I could encourage other kids to come up with their own ideas.”

Many of the fish, fashioned from a variety of colored paper, have already been decorated by students. The fish are adorned with eyes and gills, and some include inspirational messages including “Happy” and “Kind.”

On Tuesday, Principal Schmidt read remarks from Kyler on the PA System broadcast to the entire school:

“Why are you doing this you may ask? Because every person in our community is different. The way they look, they way they talk, the way they act, and other ways. As we get older, the things we do and the things we say will change; and what better way to show that is to have everyone in NMS design their own fish. It shows everyone’s culture and the way they feel at that moment when they are making the fish.”

All students will receive an origami fish to decorate as they wish. Kyler will collect all the fish at the end of the month and put them up on a bulletin board.

“His idea was that everybody in the school is different and he wanted to show how even though we’re different, we’re alike,” Principal Schmidt said.

Kyler said that far the feedback has been all positive.