Greenwich Library’s Peterson Concert Series welcomed Saxophonist Donny McCaslin and keyboard player, Jason Lindner which comprise half of the Donny McCaslin Quartet, the ensemble that backed David Bowie on the pop icon’s final album, Blackstar, which debuted at #1 on Billboard’s album chart in 2016. 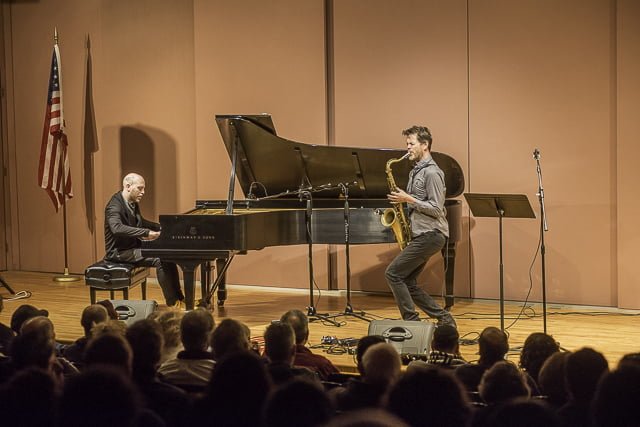 Donny McCaslin is an award-winning jazz Saxophonist from Santa Clara, California, who grew up in a musical home. His father was a vibraphonist, and he played in his father’s ensemble at the age of twelve. 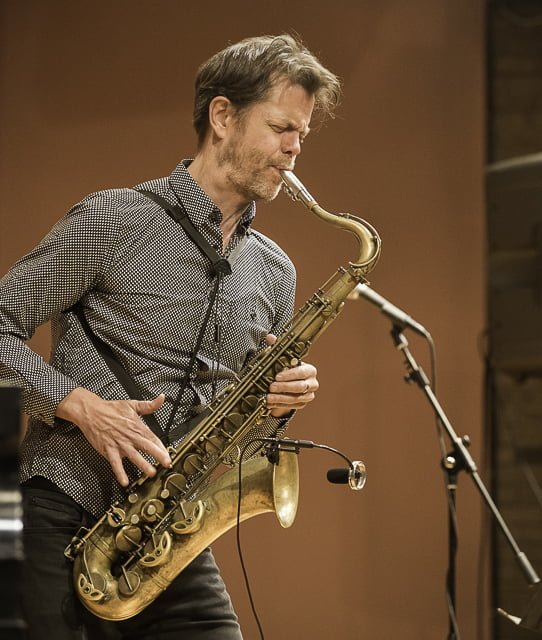 Jason Lindner an incredibly accomplished jazz keyboardist was brought up in Brooklyn, New York City. His father played the piano and sang, and Jason began playing the piano at the age of two. 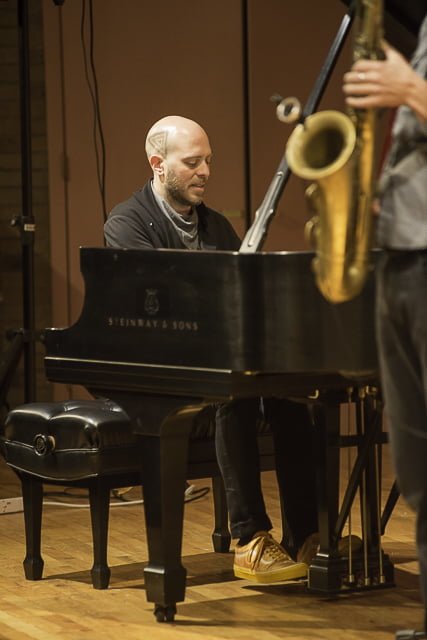 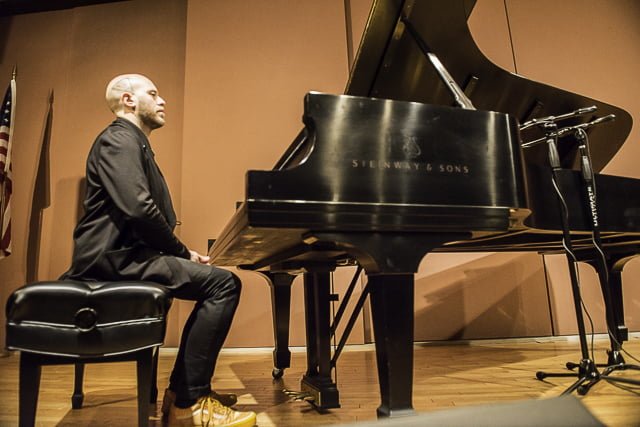 The Donny McCaslin Quartet has established a name for themselves in the music industry as an innovative musical force performing in international venues throughout Europe.

Saxophonist Donny McCaslin and keyboard player, Jason Lindner comprise half of the Donny McCaslin Quartet, the ensemble that backed David Bowie on the pop icon’s final album, Blackstar, which debuted at #1 on Billboard’s album chart in 2016.  Together, they bring their well-honed jazz sensibilities to bear on free-form explorations that evolve in ways that reflect the players’ telepathic interaction and the musical logic peculiar to the spontaneous composition in which they are involved.

Donny, received three Grammy nominations, Best Large Jazz Ensemble Album in 2015, Best Improvised Jazz Solo 2013, and Best Jazz Instrumental Solo 2004. He is one of the most highly acclaimed saxophonists on the scene today. Jason, a recording artist in his own right, has worked with Avishai Cohen, Dafnis Prieto, Claudia Acuña and to name a few. In spite of their success in their field, these talented jazz musicians carried few airs during their performance. 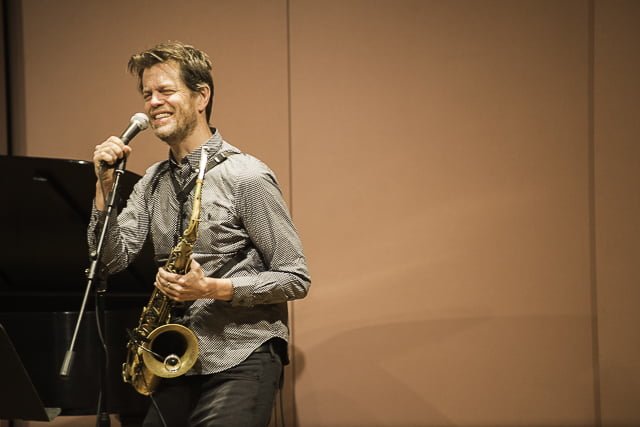 McCaslin channeled his passion through his sax as he played with his heart and soul, while the audience sat captivated listening to his melodic tunes.

Lindner played several sets with his soulful, amply expressive, and absorbing melodies. The jazz aficionados I interviewed agreed; they enjoyed listening to their infectious sound at the Cole Auditorium. One attendee said “It was a great performance” and “there’s a real community vibe in there.”

It was a hip way to spend a Sunday afternoon. 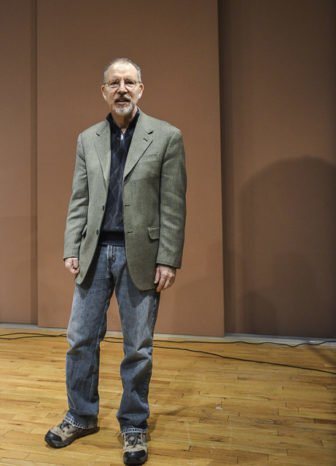 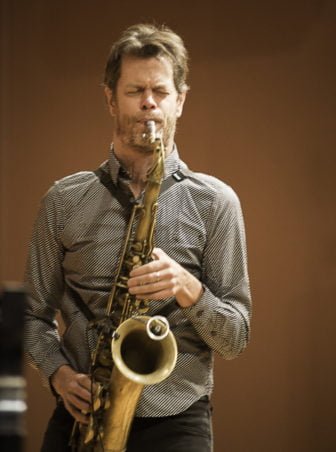 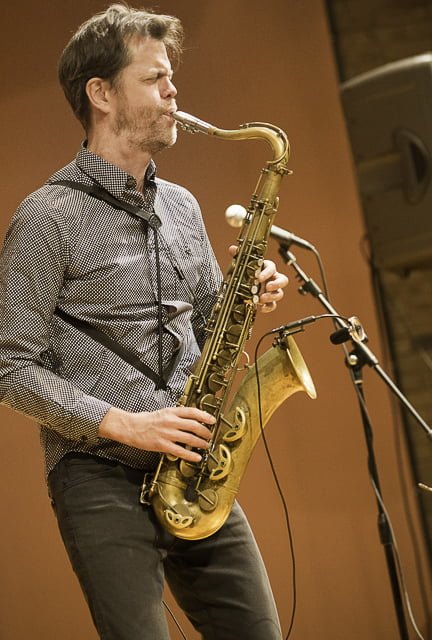 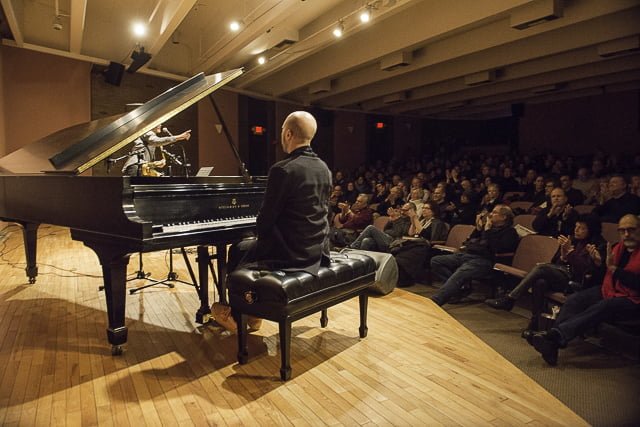 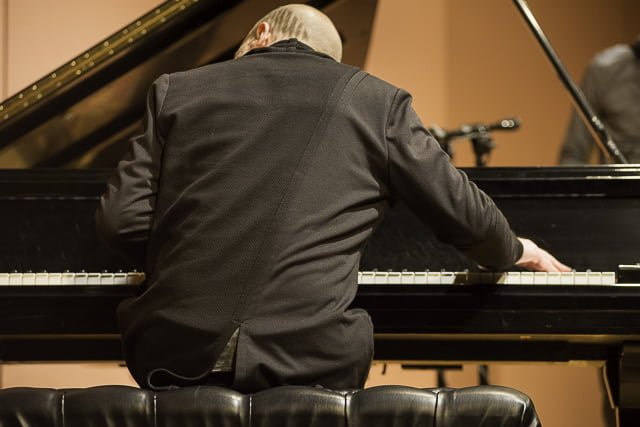 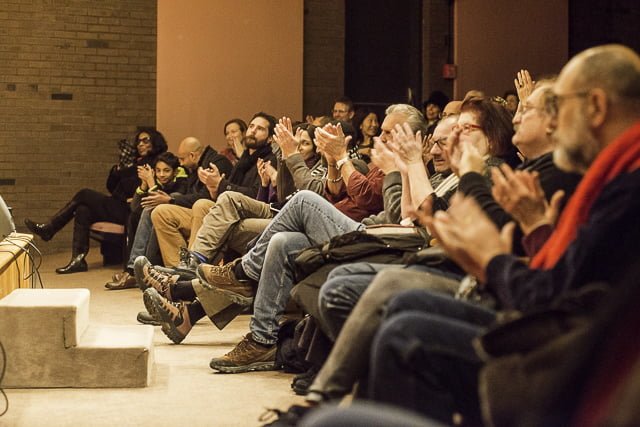 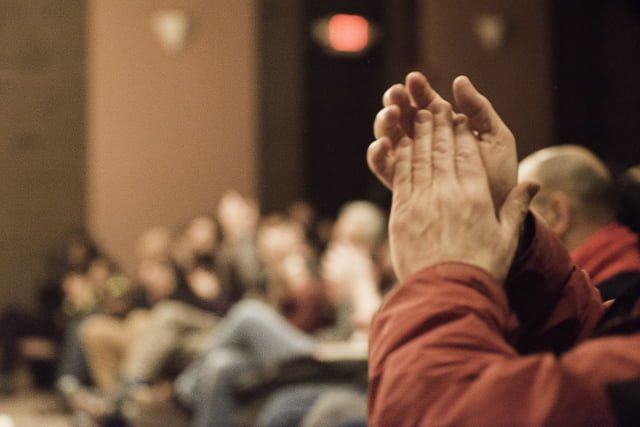 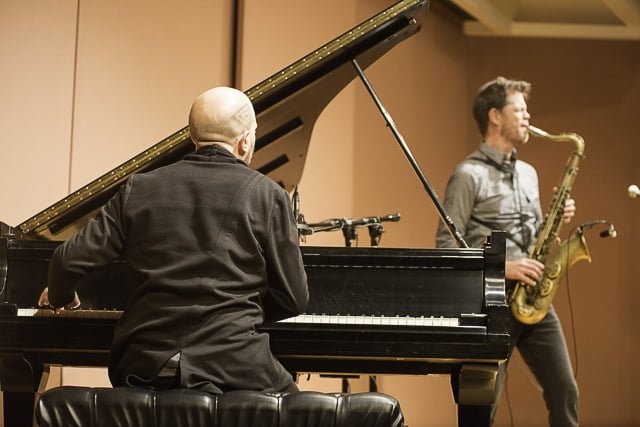 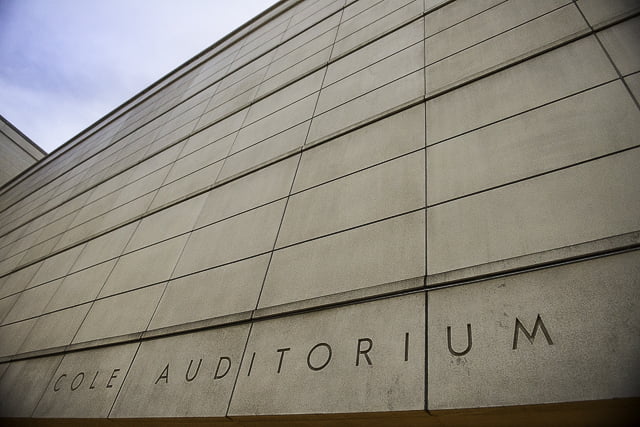