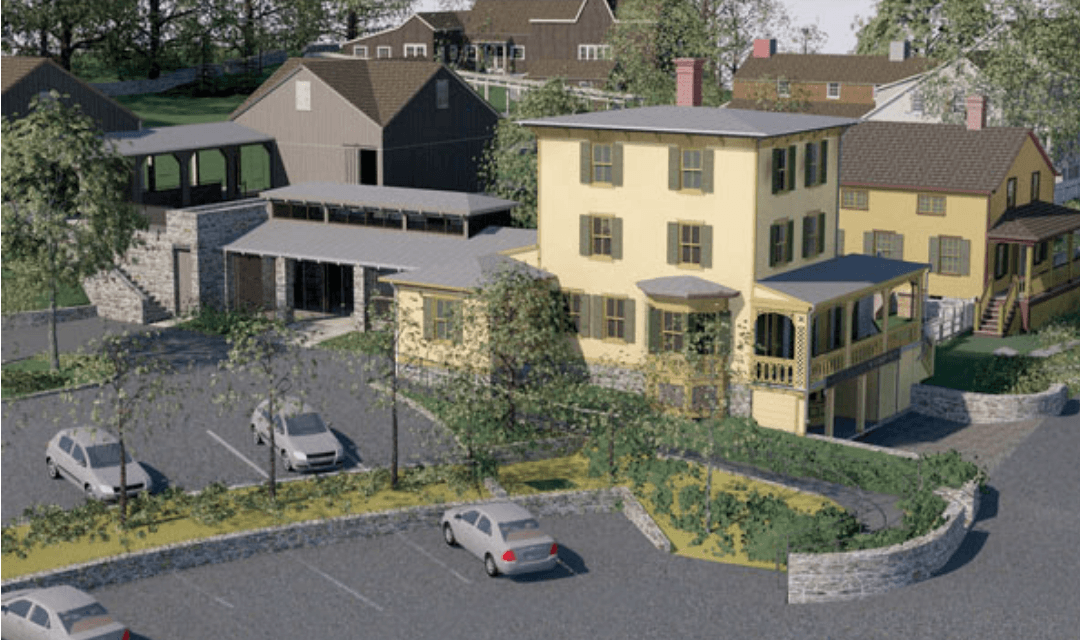 The Greenwich Historical Society invites students to contribute to the cultural legacy of the Town by submitting creative content for a time capsule that will become part of the cornerstone of its newly constructed museum and archive building. Affectionately named Elizabeth for Greenwich’s founding mother Elizabeth Feake, the capsule will be installed at a public event on November 4. To enter the competition, students prepare a short essay or artwork on 8.5” x 11” paper that describes their hopes, dreams and predictions for what Greenwich will be like in 50 years when Elizabeth will be opened.

The top three submissions will be published in Greenwich Magazine, which is polling residents on what other items should be included in the time capsule. To submit your ideas visit greenwichmag.com/timecapsule. Two runners up will receive a family membership to the Greenwich Historical Society.

“This is a wonderful opportunity to mobilize children and teens in creating a heartfelt narrative that will provide valuable connections for the future,” said Debra Mecky, executive director of the Greenwich Historical Society.

“Our society is changing so fast that a time capsule has renewed meaning for communicating our identity and lifestyle. Fifty years ago students didn’t have access to computers, cell phones or even cable TV. It’s almost certain that most of the electronic devices and social networking platforms they use today will be just as obsolete and possibly unrecognizable to students 50 years from now.”
How to participate:

Students in Greenwich elementary, middle and high schools enter by preparing a brief essay (1-2 paragraphs) or artwork on 8.5 x 11” paper that reflects their hopes, dreams and predictions for the Town in the year 2067. Submissions should include the student’s full name, age, and school.

By submitting an essay or drawing, students and parents acknowledge that the Greenwich Historical Society has rights to use it in social media, public relations, and for other promotional purposes, and that those rights can be transferred to third party media.

Submissions should be emailed to: [email protected] or sent via mail to: Time Capsule, Greenwich Historical Society, 39 Strickland Road, Cos Cob, CT 06807.

All entries must be received by October 27 for consideration to be inserted into the capsule along with other items that will offer a glimpse into what life was like in Greenwich in 2017.

According to Bobby Walker, Jr., CEO of the Boys and Girls Club of Greenwich, the initiative is ideally suited to students.

“It will help future generations to better understand the culture and values that are shaping their lives today,” Walker said.

Dedication Ceremony on November 4, 2017 Elizabeth will be installed on November 4 at 11:00am in a public ceremony at the newly constructed museum and archive building at 47 Strickland Rd.

All participating students and their families, Historical Society members and supporters, and all Greenwich residents are invited to attend.

The Greenwich Historical Society was founded in 1931 to collect and chronicle the unique and colorful history of Greenwich, Connecticut. The circa 1730 National Historic Landmark Bush-Holley House, which began life as a home for prosperous merchants and gained recognition later as the site of the first American Impressionist art colony in Connecticut, is open to the public as a museum.

The Greenwich Historical Society operates a museum gallery with rotating exhibitions, educates thousands of school children annually, and produces a full calendar of programs and events that connect residents with the town’s history. The Historical Society has embarked on a major capital campaign to advance its mission and secure its future at the forefront of America’s historical institutions. A dynamic campus transformation is underway that will accommodate more visitors, expanded programmatic initiatives and an increased endowment.

The newly imagined campus will be completed in fall 2018.

About Elizabeth Fones Winthrop Feake and the Founding of the Town of Greenwich
Elizabeth Fones of Suffolk, England married Henry Winthrop in 1629, who died shortly after arriving in the Massachusetts Bay Colony. Elizabeth traveled to the Colony with her infant daughter and married Robert Feake in a union that was approved by her uncle, John Winthrop, Governor of the Colony.

On July 18,1640, Robert Feake and Daniel Patrick purchased what became a part of Greenwich for “Coates” The 1640 deed also states that “Elizabeth Neck,” now known as Greenwich Point – was Elizabeth Feake’s “Perticaler purchase.”