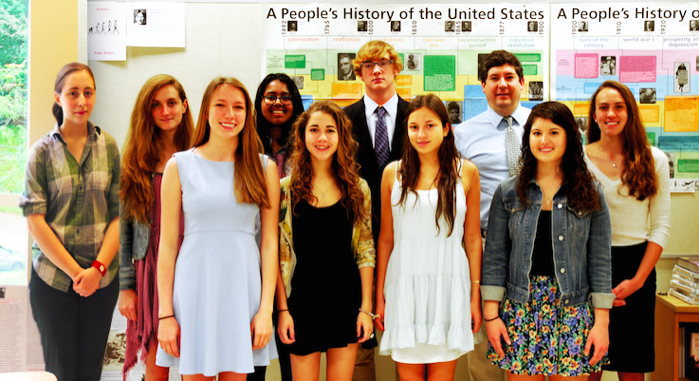 The students participated in the essay contests as part of the We The People: The Citizen and the Constitution, Honors Civics, and AP Government and Comparative Politics coursesat GHS with teachers Aaron Hull and Megan Roby.

“The outside juried process of the essay competitions gives the students an opportunity to engage in multiple modalities of the Vision of the Graduate – pose and pursue substantive questions; communicate effectively for a given purpose; critically interpret, evaluate and synthesize information; and advocate for ideas, causes and actions – to name a few,” Aaron Hull said. “The advantages of engaging, through research and writing, with members of the community locally and nationally are profound. I am incredibly proud of our students who take on these challenges to hone their analytical abilities and improve their writing and communication skills.”

The students, the essay contests that they participated in and the resulting placements are as follows and are presented based on the photograph included, (Photo credit: GHS Student, Sarah D’Oliveira.) as follows: