How do you get an 850 lb pumpkin from the pumpkin patch to the front door in time for Halloween?  That is the next challenger for the Camila Jablonski and her parents Pilar and Rich. 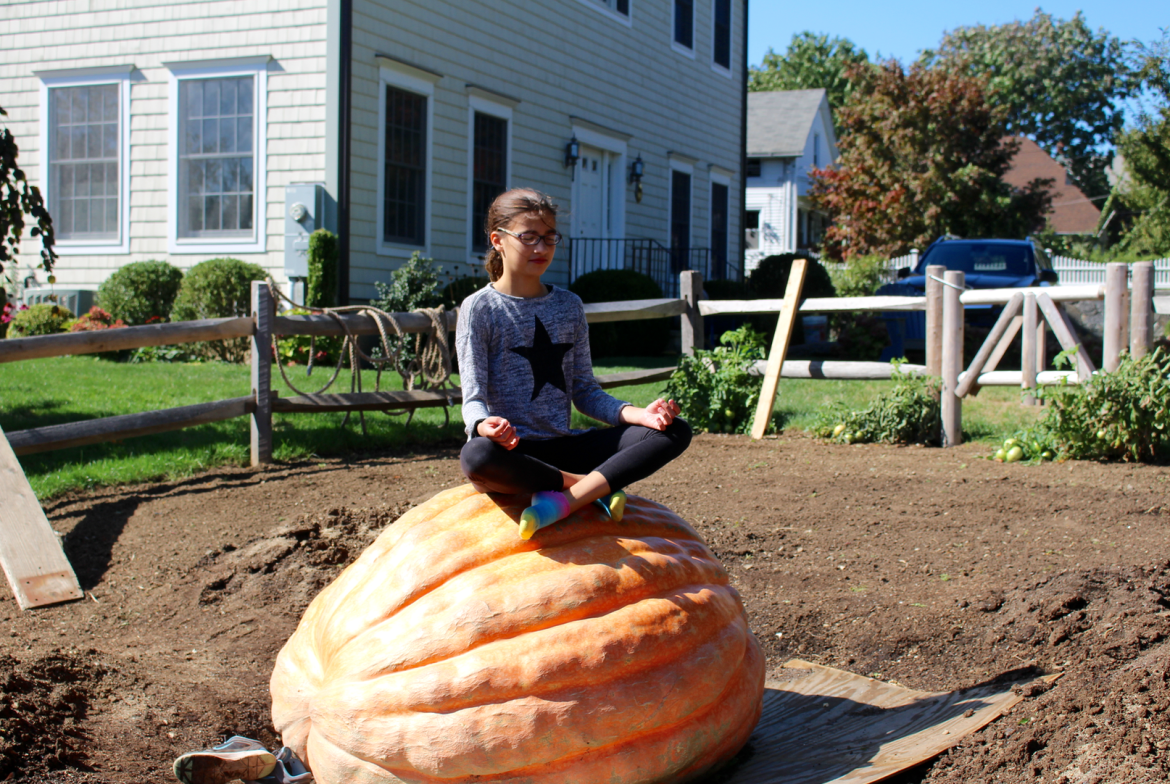 Camila Jablonski takes a moment to meditate on the 850 lb pumpkin in her family’s pumpkin patch. The family intends to move the pumpkin to the front door to create a scary display in time for Halloween. Credit: Leslie Yager

According to Camila, a 6th grader at Stanwich School, the pumpkin in her yard is so big that random people have been stopping by to admire it. Though the state record for largest pumpkin is 1,766.5 lbs, Camila’s pumpkin in Byram, visible to drivers in the area of Byram Rd and Frontage Rd, weighs 850 lbs. 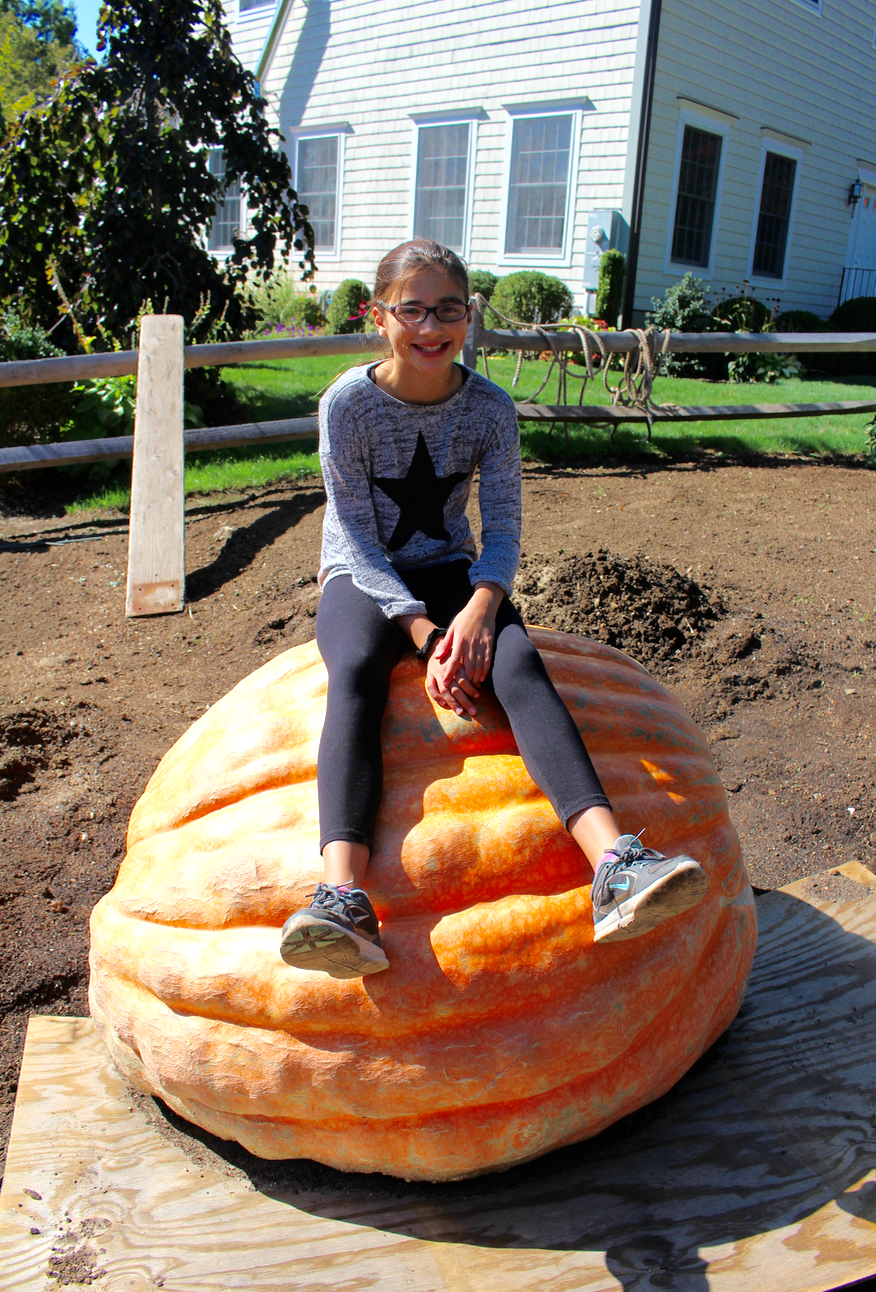 Camila’s enormous pumpkin compels pedestrians and drivers to stop in their tracks for a look. Credit: Leslie Yager

The big Byram pumpkin is special, as it has been nurtured in the family garden since being transplanted from seedling started indoors last spring. Rich Jablonski said though the family helped, the work of pruning, feeding and applying fungicide is time consuming — not to mention watering.

“Pumpkins need so much water,” Rich said, adding that they flourish with a liquid concentrate of fish, calcium, potassium that he sprays on. “The challenges are the squirrels because they like to gnaw into the pumpkins for their seeds.”

What’s the secret to growing an enormous pumpkin? According to Rich, he started by purchasing a single pumpkin seed from Joel Holland in Washington state. “Some seeds they even auction off for hundreds of dollars,” Rich said. 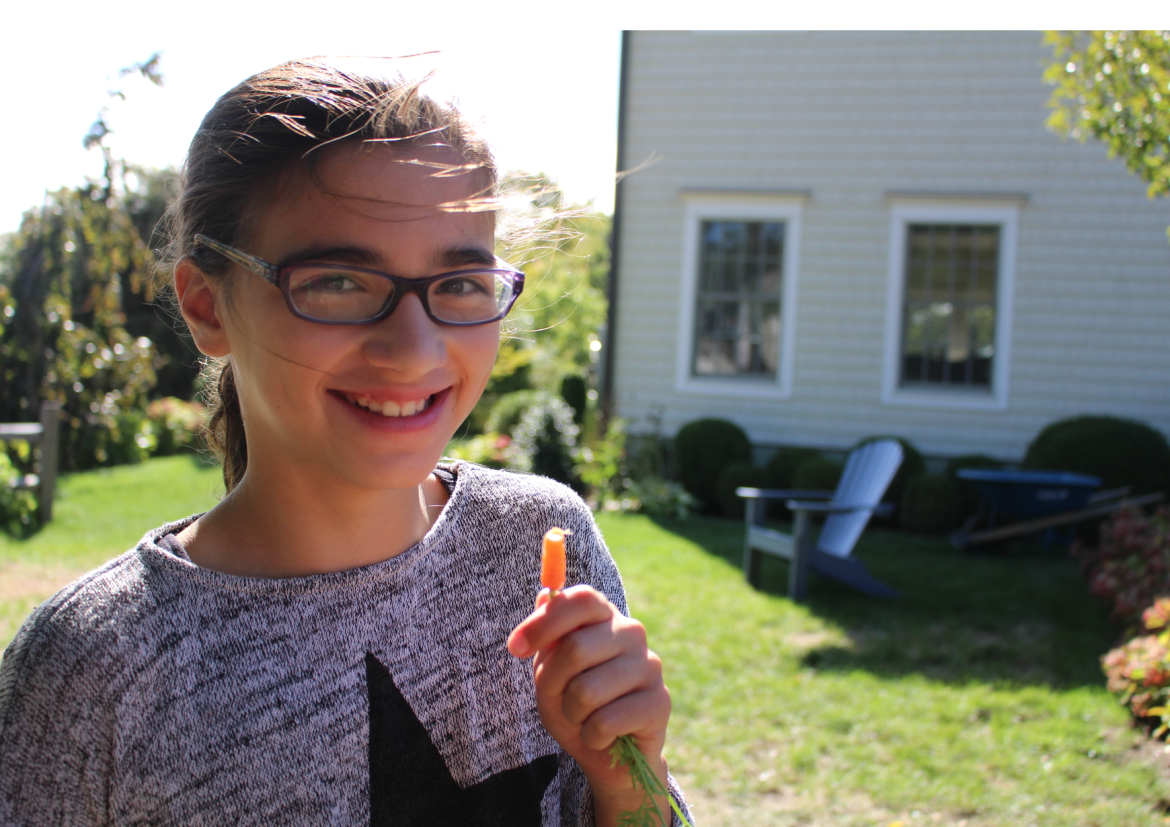 The seed arrived in the mail and he started it indoors. When he transferred the vine outdoors to his pumpkin patch, Rich said he trimmed it in the shape of a Christmas tree, with the shoots on the sides tapering off. The 850 lb pumpkin, technically a fruit, was one of several, though the others are smaller.

So, how do you move that 850 lb pumpkin to the front door in time for Halloween? “My brother in law is bringing a tractor over. We’ll hook it up to the tractor and drag it,” Rich said. 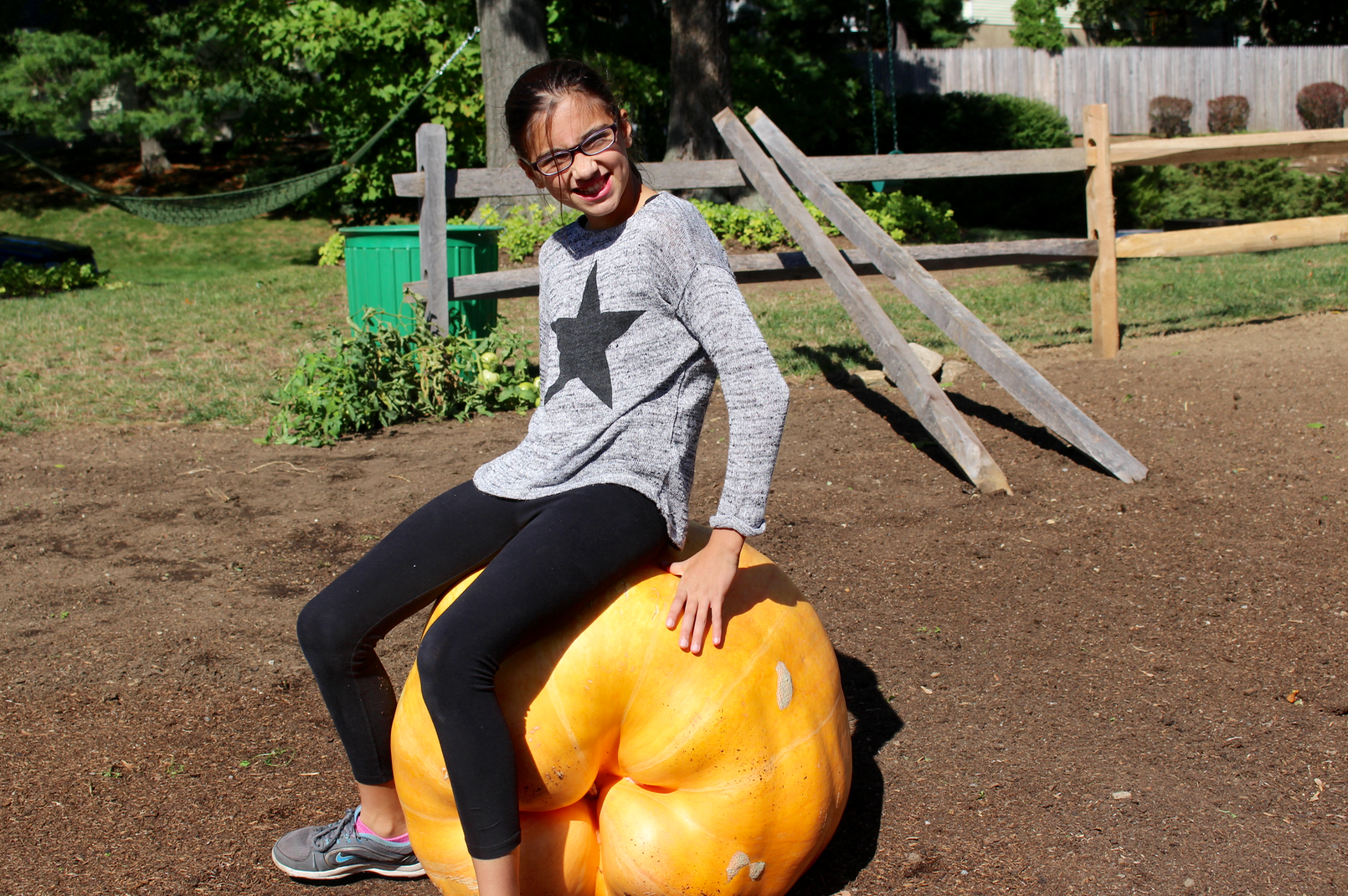 Camila shows off one of the smaller pumpkins grown on the same vine as the 859 lb monster pumpkin. All the pumpkins in their patch originated from a single seed purchased from Joel Holland in Washington state. Credit: Leslie Yager 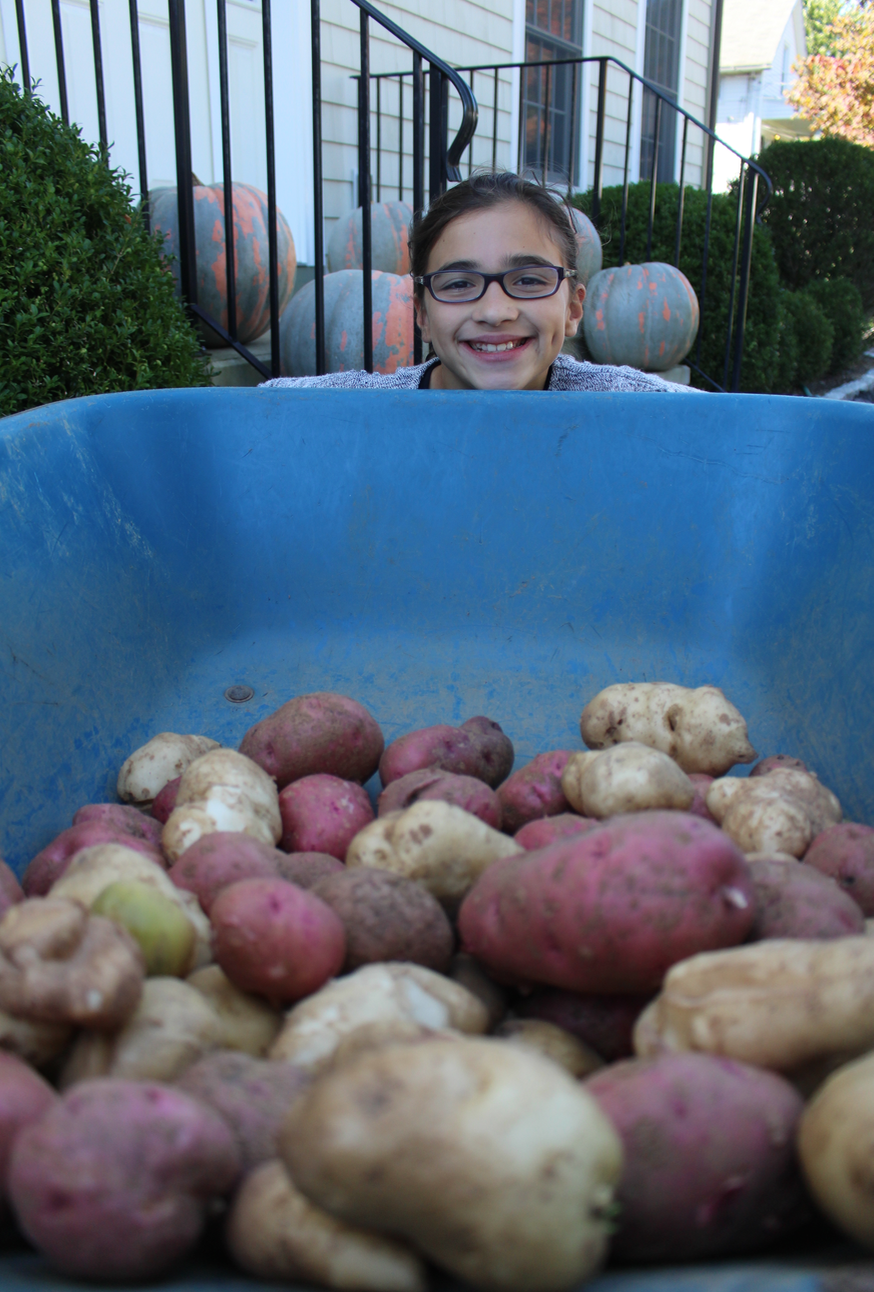 At home, Camila and her family — Connor, Pilar and Rich — enjoy the bounty of the summer garden. Credit: Leslie Yager