The event features world-renowned, iconic artists who will come together to celebrate the strong spirit of the community on Saturday, May 26.

New to the GTP stage and hailing from Colorado is popular bluegrass sensation, complete with banjo and violin, Trout Steak Revival.

Also, singer-songwriter Charlie Scopoletti will return to his Greenwich roots with his band, The Truth, but this year he will perform on the main stage to kick off the all-day event at Roger Sherman Baldwin Park.

GTP, which is held annually on the Saturday of Memorial Day Weekend, has grown to become one of the most popular and eagerly anticipated community events in Greenwich, where multiple generations come together to celebrate town pride through live music, local food favorites, and family-fun activities. Community Tickets (general admission) go on sale Thursday, April 5, while Neighbor Tickets are on sale on Thursday, March 8. Sponsor tickets are available now.

“The GTP will welcome an incredible lineup of talent across multiple genres that will appeal to all generations,” said GTP co-president Ray Rivers. “Each one of the artists is accomplished in his or her own right. When they all come together, it will truly be an event to remember for Greenwich.” 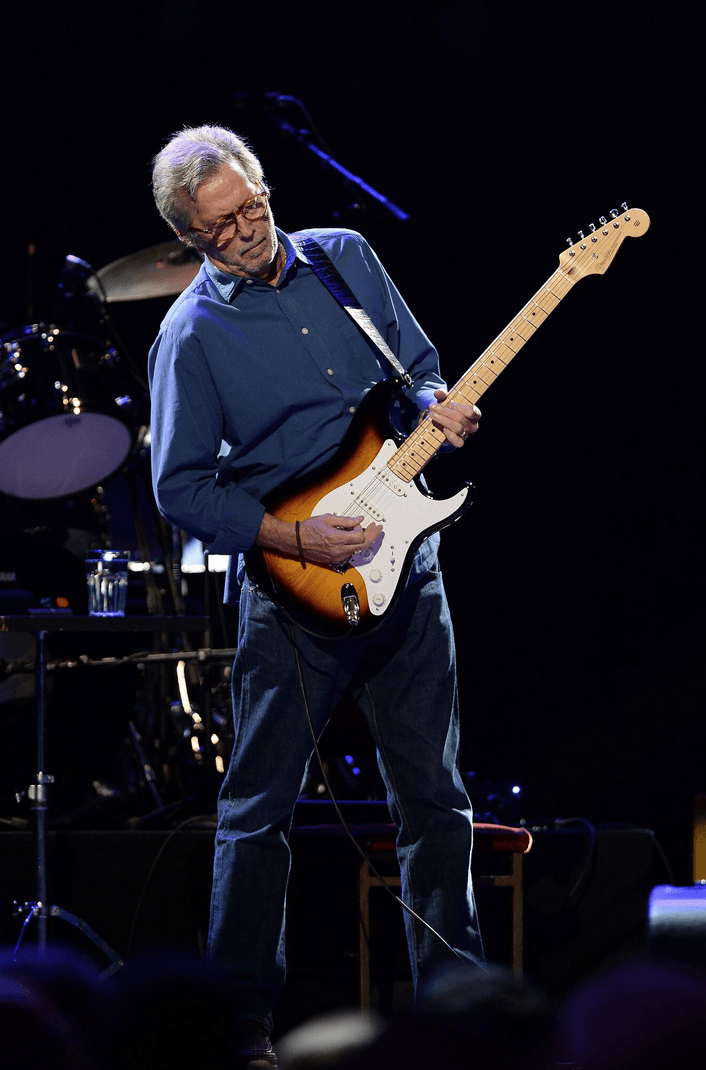 ERIC CLAPTON
During his legendary career spanning over five decades, Eric Clapton has released 45 albums and received numerous awards and honors. He is the only triple inductee into the Rock & Roll Hall of Fame, as a member of both The Yardbirds, Cream and as a solo artist. Clapton has won or shared in 18 Grammy Awards and is ranked #2 on Rolling Stone magazine’s 100 Greatest Guitarists of All Time. In February 2018, Showtime Networks debuted a new documentary, Eric Clapton: Life in 12 Bars, on the musician’s rise to fame in which he narrates and gives exclusive access to his personal archives of music, photos, letters and diary entries. 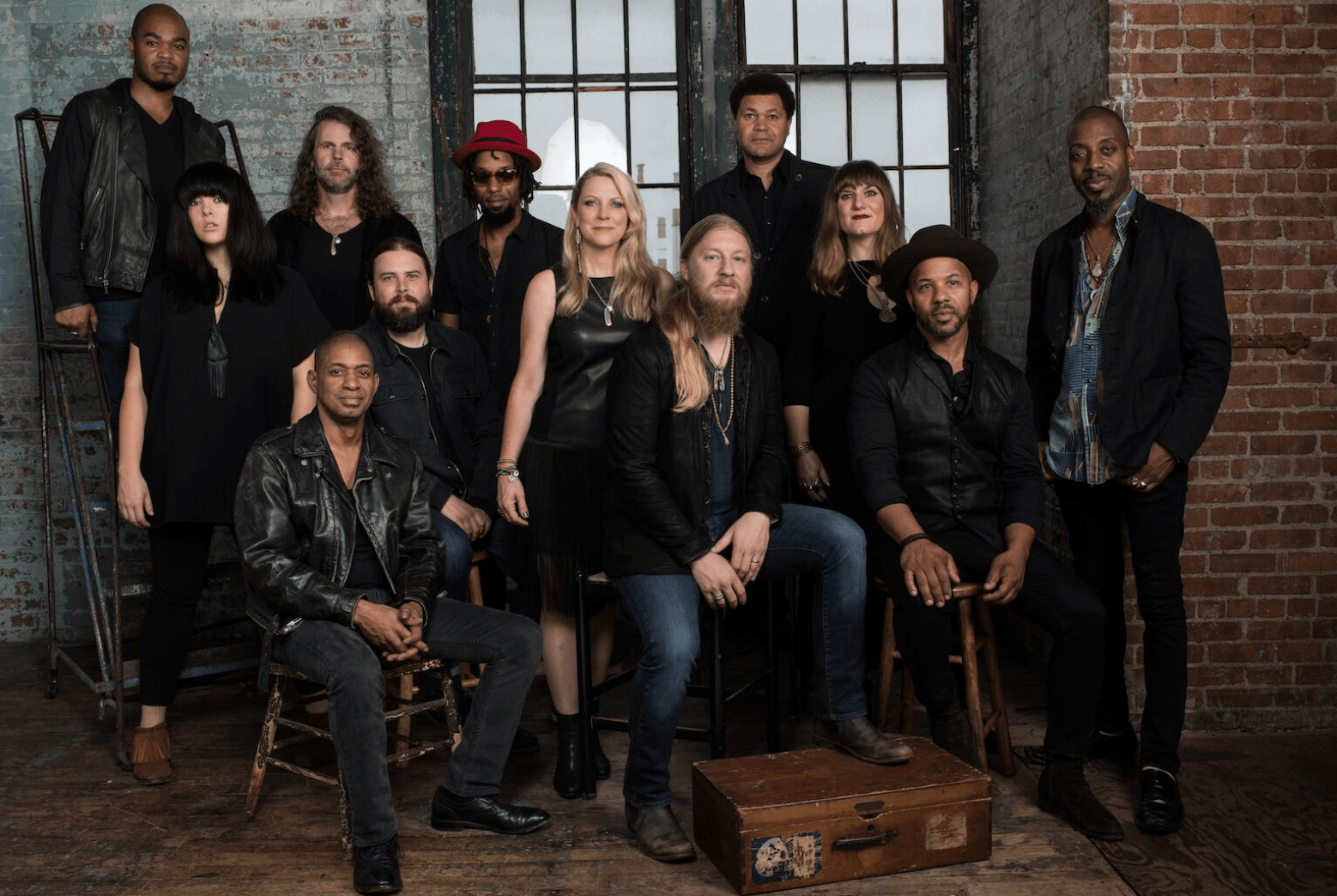 TEDESCHI TRUCKS BAND Tedeschi Trucks Band is fan-favorite, 12-piece modern roots tour-de-force, led by husband-and-wife Derek Trucks and Susan Tedeschi. Long-time friends and collaborators, the band has also played on the same bill as Clapton at his Crossroads Guitar Festival, one of a series of music festivals and benefit concerts hosted by the guitar great. Trucks also joined his studio sessions and later toured with Clapton in 2006 and 2007. From their rise as successful solo artists to now being hailed as “two of the best roots rock musicians of their generation” by NPR, slide guitar virtuoso Derek Trucks and blues singer-guitarist Susan Tedeschi joined musical forces in 2010 and have quickly become well known for their legendary live performances, original songwriting and award-winning albums. Their debut album, “Revelator,” won a Grammy Award for Best Blues Album in 2012. Trucks was voted #16 on Rolling Stone’s top 100 Rock Guitarists of all time list. 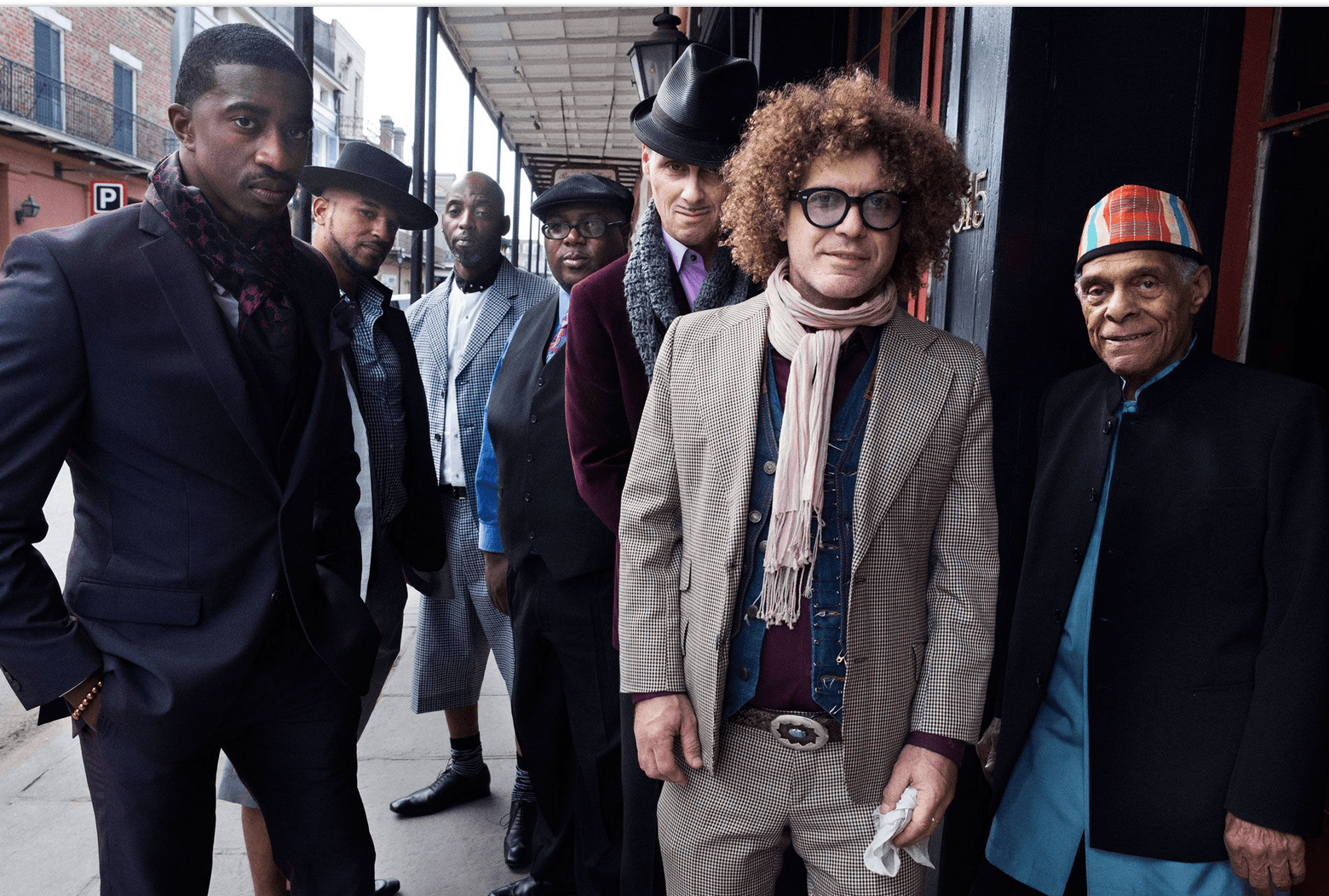 Today, led by the founders’ son, Ben Jaffe, the modern day PHJB is a band whose members’ ages range nearly 60 years, but the mission remains the same: to pass on the traditions while continually revitalizing it with new blood and fresh ideas. Their 2017 album, “So It Is,” was inspired by a trip to Cuba, and they have also collaborated with the Foo Fighters, My Morning Jacket, Arcade Fire and Elvis Costello. PHJB was also awarded the National Medal of Arts, the nation’s highest honor for artistic excellence. 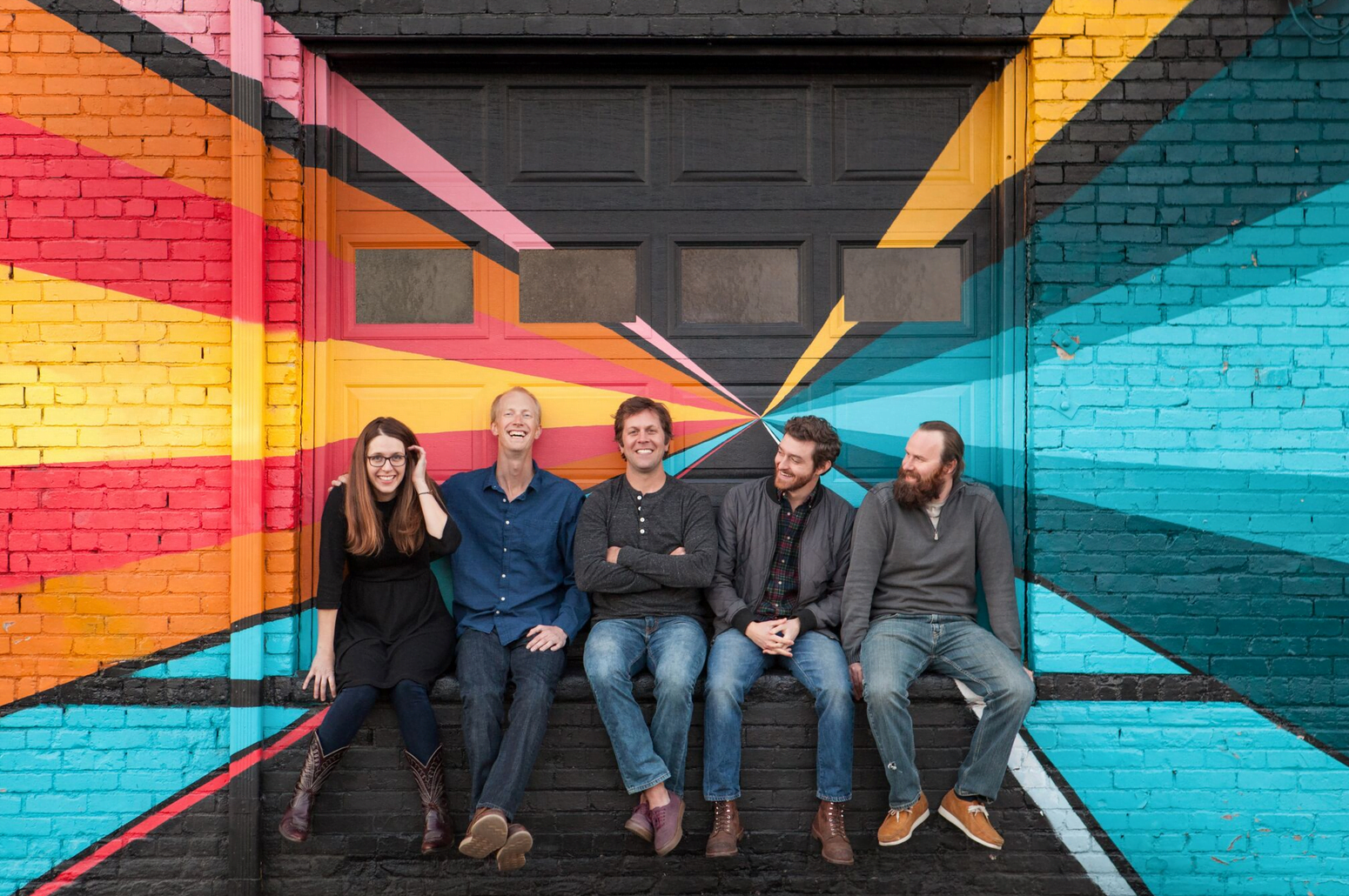 TROUT STEAK REVIVAL
Ever since winning the 2014 Telluride Bluegrass Festival Band Competition, Trout Steak Revival has quickly become the quintessential Colorado string band. Inspired by and embodying the popular live music scene in Denver and Boulder, Trout Steak Revival blends the sounds of folk, indie, bluegrass, and roots with their own unique style. With five band members all contributing unique lyrics, vocals, acoustic instrumentation, and harmonies, their latest album, “Spirit to the Sea,” offers a soulful repertoire beyond Colorado bluegrass, without escaping the band’s origins. 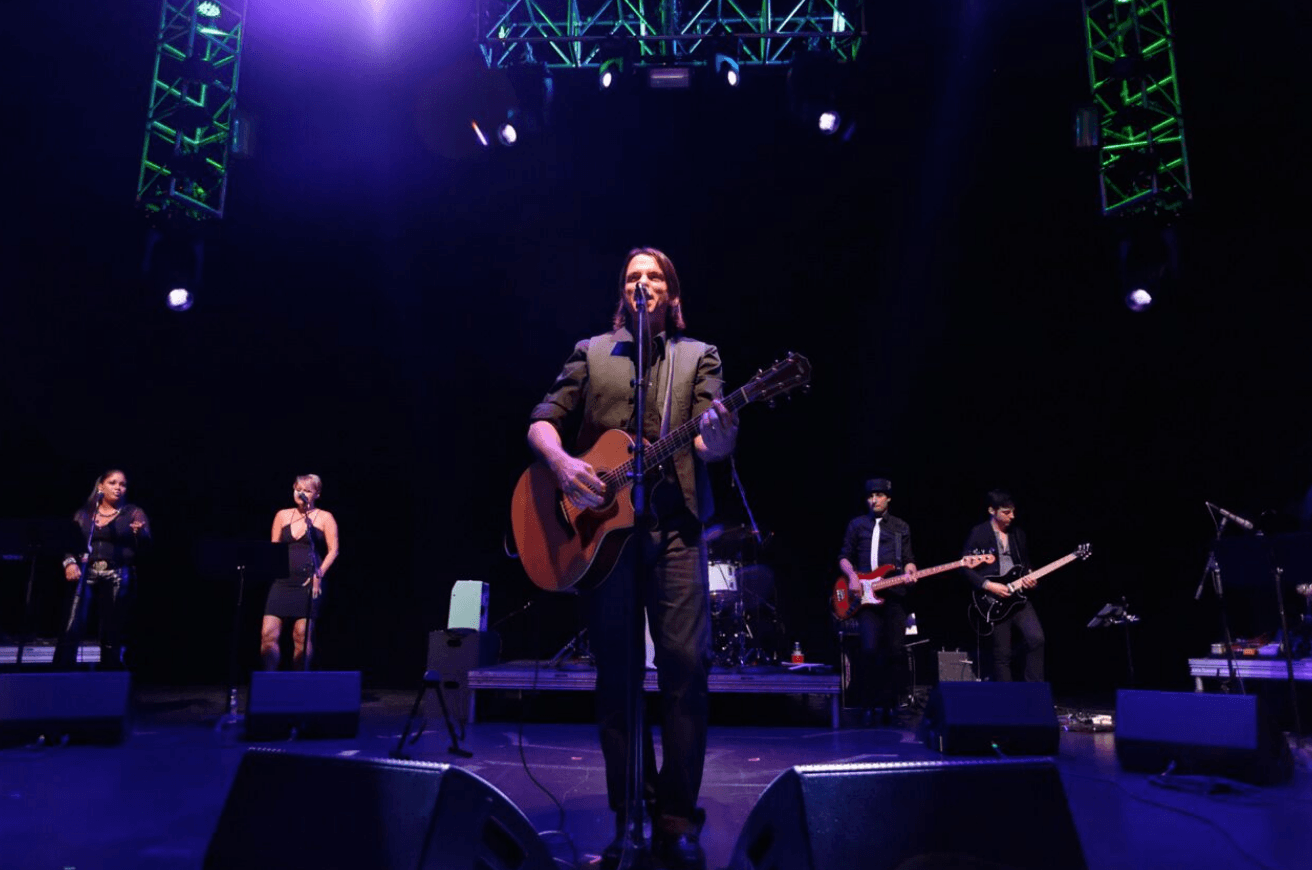 Charlie Scopoletti and The Truth. Contributed

CHARLIE SCOPOLETTI & THE TRUTH
Opening the Main Stage this year will be Charlie Scopoletti & The Truth, a band that aims to touch people’s lives through music. A two-time cancer survivor whose family are Greenwich residents, Scopoletti’s music draws from the unique perspective of someone who’s faced and overcome adversity. His music speaks stories of the human condition, creating a combination of inspiring songwriting and thought-provoking lyrics. This is his second time performing at GTP.

Neighbor Tickets
Neighbor Tickets will be available online starting Thursday, March 8 at 10:00am for $500 per ticket. Neighbor tickets provide access to Houlihan Lawrence Neighborhood Area with wine and beer from Val’s Putnam Wines and Liquors, catered food from Citarella, as well as designated parking.

Community Tickets have historically sold out in a matter of minutes, so organizers recommend purchasing them as soon as they become available.

Generous GTP Sponsor contributions support 80 percent of the party and allow those who may not otherwise be able to attend get significantly discounted tickets. Individual sponsor tickets are available now for $1,500 per ticket.

In addition, this year, the GTP is introducing new three-year pledge opportunities. Individuals and businesses can make this special pledge to support the sustainability of the event.

The Sponsor commitment offers unlimited access to the Sponsor Tent with catered food from Libby Coverly Cooke and beverages throughout the day and evening from Horseneck Wines and Liquors, and premier parking in the Island Beach Lot located directly across from Roger Sherman Baldwin Park. All sponsor levels are available at greenwichtownparty.org.

In order to purchase tickets at any level, one must be a Greenwich resident, Greenwich business owner or employee.

Tickets will be available for purchase on a first-come, first-served basis on the GTP website, greenwichtownparty.org.

This volunteer-supported community event is a popular kickoff to summer.  The event brings multiple generations of Greenwich residents together to celebrate town pride and the spirit of giving through live music, local food favorites, and family-fun activities.

Local Bands Returning this year is the GTP Town Stage, which will feature six local bands to round out the day’s performances. Created to celebrate the diverse and abundant talent within the Greenwich community, the Town Stage application is open to Greenwich residents of all ages, backgrounds and skill levels. Musicians and artists may apply at greenwichtownparty.org. The submission deadline is Friday, April 6.

Sponsorships and substantial donations from town residents and local businesses provide the majority of party funding each year, allowing more people to attend. Thanks to the continued generosity of GTP sponsors and donors, the tickets are offered at a significantly discounted price. Every donation to the Greenwich Town Party above $25 is matched by one generous donor.