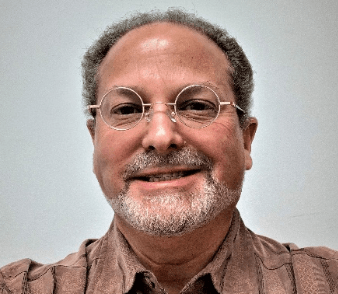 Stuart Adelberg has been appointed as the new Executive Director of the Avon Theatre in Stamford.

The Board of Directors of the Avon Theatre in downtown Stamford announced on Thursday they have hired Stuart Adelberg as its Executive Director.

Adelberg joins the Avon from his prior position as Chief Executive Officer of Habitat for Humanity of Coastal Fairfield County based in Bridgeport, where he served for the past four years.

During his tenure at Habitat CFC, Adelberg oversaw the construction and sale of close to 40 new affordable homes and led the organization to acquire property and raise the funds needed to create a new neighborhood of seven homes for hard working local families.

He is experienced in working in partnership with strong and diverse Boards and has had success in obtaining both government and corporate grants, a skill that will help the Avon increase its financial foundation as the theatre embarks on restoring the historic 1939 building.

Adelberg has over 30 years of experience working for nonprofit organizations, including as the President of the Greenwich United Way from 1999 – 2015. He has deep roots in Greenwich and is well known in Stamford where he served first as the Senior Vice-President from 1996-1999 and then as the CEO of the combined Greenwich-Stamford United Way for two years from 1999-2001.

On his new position Adelberg said, “I could not be more excited about the opportunity to join this thriving arts organization. I have been so impressed by the quality of the Avon’s programming and the commitment of its Board and staff. The Avon is well positioned for growth and will continue to be a major contributor to the vitality of downtown Stamford and the region. It will be privilege to join the team and help make this happen.”

Avon Board President Deborah Royce said that Adelberg joins the organization on the occasion of its 80th anniversary, a time of much celebration and plans for future growth.

“We are absolutely thrilled to welcome Stuart Adelberg to the Avon. We have spent the past fifteen years building the Avon into the viable independent cinema that it is today. With Stuart’s proven leadership—coupled with the talents of our already capable team—the Avon is poised for the next phase of its growth as the premier film and arts venue in our region,” Royce said.

The Avon, a member-supported non-profit independent cinema, is committed to serving as the cultural hub for Downtown Stamford. Through the lens of film, the Avon showcases a diverse program of new independent films, documentaries, foreign films, and cult classics. The theatre recently launched a new series, the Black Lens, featuring the African-American experience through the lens of film.

The Avon also offers several film series, including Discover Indian Cinema in partnership with the India Cultural Center of Greenwich, and French Cinémathèque in collaboration with the Alliance Française of Greenwich. The Avon also serves as a popular venue for two film festivals – Focus on French Cinema and the Greenwich International Film Festival (GIFF), both of which contribute to the growing economic vitality of downtown Stamford.

Adelberg brings a long history of involvement in the arts to the Avon. He was the Artistic Director of the acclaimed St. Catherine’s Players, a theater troupe that performed for twenty-five years in Riverside.

He serves on the Advisory Board of the Greenwich Arts Council. He was a founding board member of the Greenwich Center for the Arts, and has done professional theatrical training at the prestigious National Theater Institute at the Eugene O’Neill Theater Center in Waterford.

Adelberg has a B.A. from Connecticut College and has participated in Harvard University’s Strategic Perspectives in Non-Profit Management program. He resides in Old Greenwich with his wife, Marilyn, and son.