This article was written by Mike Dinan and originally appeared on sister site NewCanaanite.com:

In a way, Beatrice and Jeff Mellick have their first-born to thank for the idea that—as of Wednesday afternoon—became a public-facing, live retail enterprise. 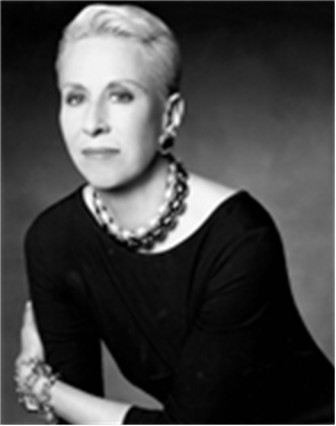 New Canaan’s Jeff Mellick with his own Beachmate, a product he conceived and developed with his wife, Beatrice who graduated from Greenwich Academy in 1997. Mellick went live this week with the summer item, which has garnered high praise and promise from industry insiders. Credit: Michael Dinan

Now a first-grader, Phoebe was four years old on the afternoon in August 2013 when, on the beach near the Mellick family’s longtime summer home in Charlestown, R.I., she asked her dad to make a “huge hole,” “big huge sandcastle” and a “moat that goes all the way down the water,” Jeff Mellick recalled.

He dutifully said “Of course, sweetheart,” drove his pickup truck to a hardware store, bought a garden shovel, headed back to the beach, finished his project in 20 minutes and “actually got to sit down and relax for 30 minutes straight as my daughter, Phoebe, and my son, Emmett, played for 30 minutes straight—which had never really happened before.” Beatrice and Emmett Mellick. Photo published with permission from its owner

“And so after that, every day, three or four different dads would come up to me on the beach and ask to borrow my shovel,” Jeff Mellick said on a recent morning from an office in downtown New Canaan. “So the light bulb went off.”

Hands-free, lightweight at less than eight pounds and with a stylish design that experts say lends itself to an expanded product line (more on that below), Beachmate includes a set of durable ABS plastic buckets and shovels as well as a cooler, all wrapped in a tote bag (insignia optional) with a shoulder strap. It costs $98.50 and sells online here. A stocked Beachmate, ready for the shoreline.

For the Mellicks, as much as Beachmate’s story is about a new system designed to make it easier for parents with young children to get to the beach, it’s also about taking a risk to chase down an idea, upending their lives to make room for what rapidly became an all-consuming effort, and dramatic changes, both personal and professional, for a growing family with deep ties to New Canaan.

Beatrice Mellick—a 1997 Greenwich Academy graduate who earned a dual bachelor’s degree in communications and art history from Vanderbilt University—said she understood and supported her husband’s decision last May to leave Wall Street after 15 years as an equity salesman to focus on Beachmate. Even so, she said, “It was a little scary to jump up and leave what we had known for so long, and I don’t think I realized that the minute he left his job, I was going back to work full-time.” In addition to Phoebe, 7, the couple has Emmett, 4, a preschooler at First Presbyterian (where Beatrice Mellick is on the board), Daisy, 1, and a fourth child due in September.

“The greatest, biggest change for me was balancing and figuring out a mom role when I was suddenly working full-time again, after being a stay-at-home mom with very little help,” she said. “I was with my kids most of the day, and then suddenly not doing that at all and having a 4-month-old at the time. The big challenge for me is the difficulty of balancing that.” Jeff Mellick has kept his original sketch from August 2013, inspiration for The Beachmate System.

During the months that followed Jeff Mellick’s first sketch in 2013 of what would become Beachmate (a sketch, at right, which he described as “a little humbling—I’m a terrible artist and it looks ridiculous”), he and Beatrice together found an engineer and design team, and then, after multiple tries, a manufacturer. It would take about 18 months to develop a prototype for Beachmate and a business plan centered on online sales exclusively.

With those key items in hand, last May, Jeff Mellick left his Wall Street job. And though the couple talked lightly about how both of them working full-time with Beachmate might change the family dynamic, efforts to bring the product to market by August 2015 created an extremely steep learning curve for both of them to climb and brought “stresses and pressures,” Beatrice Mellick recalled. The Beachmate System in its element.

“It threw me into the deep end of the pool,” she said.

It also marked the start of a period where the Mellicks, working out of an office at home and using some space on Pine Street, were spending—on manufacturing, marketing, website development and (rather suddenly) babysitters—without generating income.

It’s a daunting place to be, especially with a young and growing family, Beatrice Mellick said.

Yet balancing that fear has been a “unifying experience,” she said, that’s seen her husband, family and friends all pull together. The Beachmate Turkish towel in orange (it also comes in grey) costs $36 at MyBeachmate.com.

“We’ve had amazing support,” she said, and they’ve both counted on it because “it’s been hard to juggle everything, and I didn’t necessarily think I would be here, doing this at this stage.”

“The biggest thing now—as much as anybody who does something like this, where you are putting yourself out there, putting it all on the line—is you just hope you have a response,” she said.

And they almost certainly will, according to Greg Steinberg, principal and founder at New York City-based Something Digital, an ecommerce agency that works with global brands from concept to launch. Steinberg said he took on Beachmate, in part, because he saw in the Mellicks a small business with a product for which they have real passion.

“I think it’s a good product, and what drives Something Digital’s business is having clients succeed in their businesses, so if we can latch onto a successful company when they’re starting out, it’s good for Something Digital,” he said.

“We felt that they knew the marketplace and had a niche product focused on a particular audience and they were trying to be successful, not trying to do too much. They knew what they were, created this product to sell it and had a really good ‘Let’s start small and build on early successes’ approach to the overall business.” The adult-sized Beachmate hat, branded with the crossed-shovels logo, costs $23 at MyBeachmate.com. The youth size costs $20.

Part of that approach centers around branding—visitors to the Beachmate website’s shopping tab will see the “crossed shovels” logo embroidered, printed or otherwise affixed to hats, T-shirts and beach towels, and Jeff Mellick said future plans include sunglasses, chairs and umbrellas.

A key figure in ensuring those marketing materials are developed and ready-for-purchase is Boston resident Marc Ryan, a friend and fellow 1993 New Canaan High School graduate with Jeff Mellick who works as director of business development for Smartsource LLC, a major print and promotional distributor that offers market production sourcing.

Ryan said Beachmate has very real potential as a lifestyle brand with multiple products, and that one of the best things going for the system is that it’s addressing an unmet need. The Beachmate system includes one large bucket, two medium-sized buckets, two small buckets and two strong shovels, in addition to the cooler and removable tote bag.