On Wednesday, Feb. 21, Dr. Ann Meyerson, guest curator at the Greenwich Historical Society’s exhibition An American Odyssey:  The Jewish Experience in Greenwich, gave a presentation on the untold history of the Jewish community in the town of Greenwich.

Many are surprised when they learn that roughly 11 percent of Greenwich’s population is Jewish. 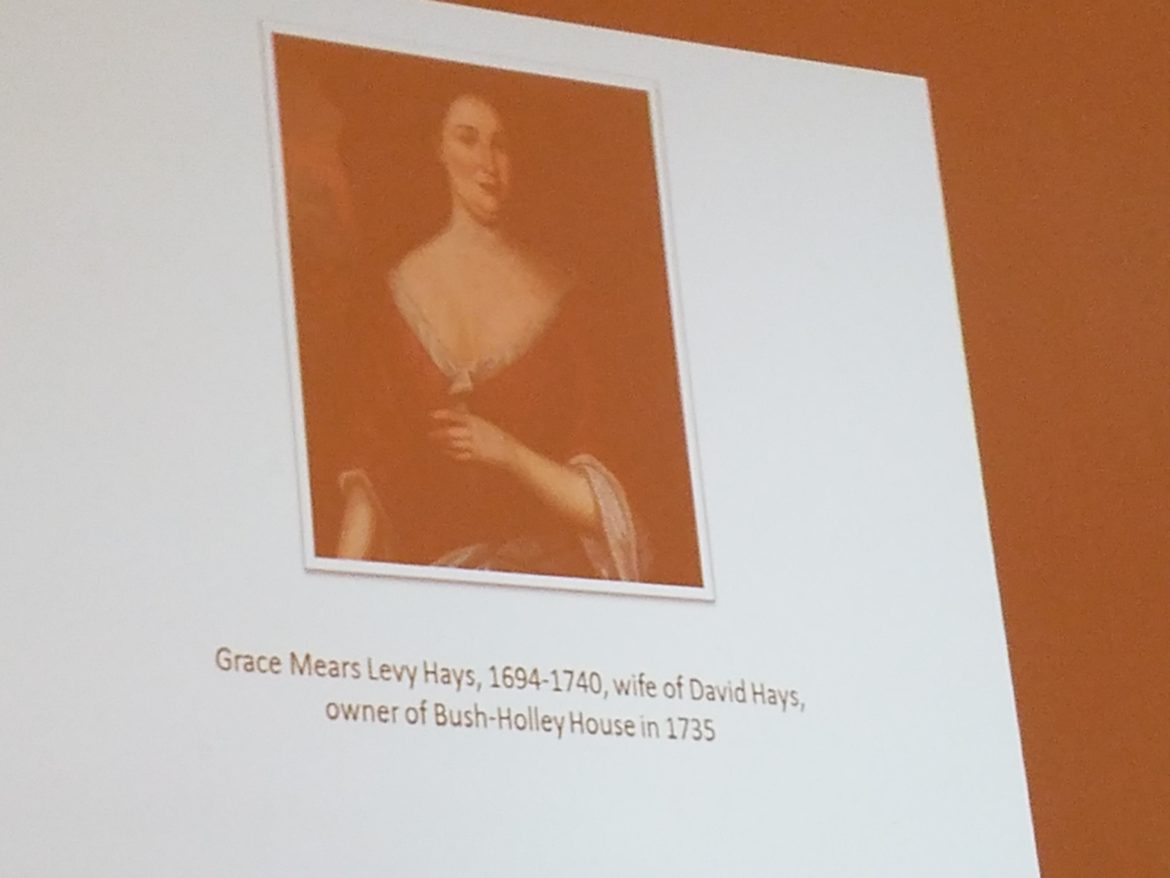 Grace Mears Levy Hays, one of the precursors to the Jews of Greenwich (Photo: Joshua Littman)

Jews have held land in Greenwich as far back as the colonial era. Grace Mears Levy Hays, pictured above, was the wife of the man who owned the historical Bush-Holley House, David Hays.

However, these landowners typically did not actually live in Greenwich, and rather resided in New York.

A reason for this was the intolerance of the Puritan Christianity that predominated in Connecticut for much of its early history, as in much of New England.

Jewish settlement of Greenwich in any appreciable numbers would not begin until the early 20th century. 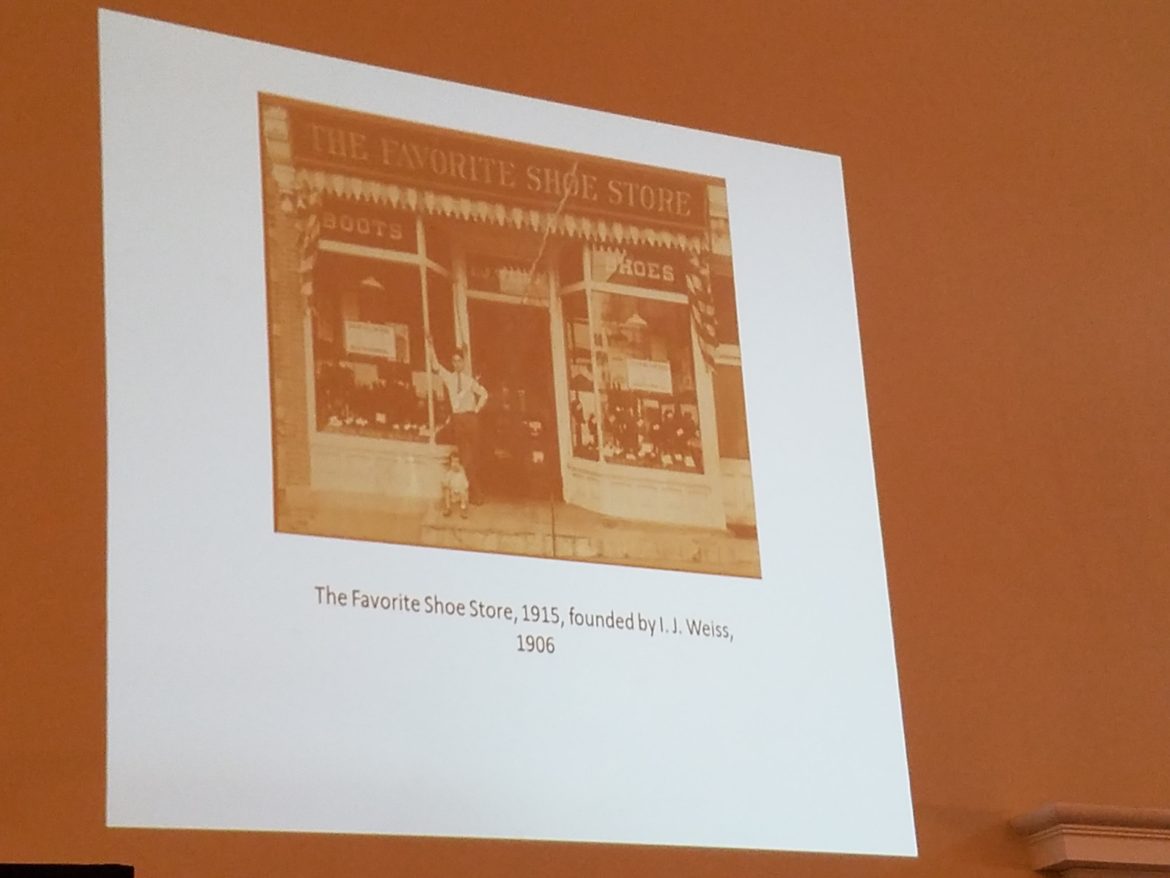 The Favorite Shoe Store on Greenwich Avenue, one of the first Jewish businesses in Greenwich

Small retail business gave the first Jewish families a foothold to settle in the Greenwich community.

Six Jewish families – the Weiss’s, the Taylor’s, the Bennett’s, Cohen’s, the Mark’s, and the Tunick’s – made up the first wave of Jewish immigration to Greenwich in the early 20th century, and the businesses they founded included two grocery stores, two newspaper routes, and a shoe store (pictured above). 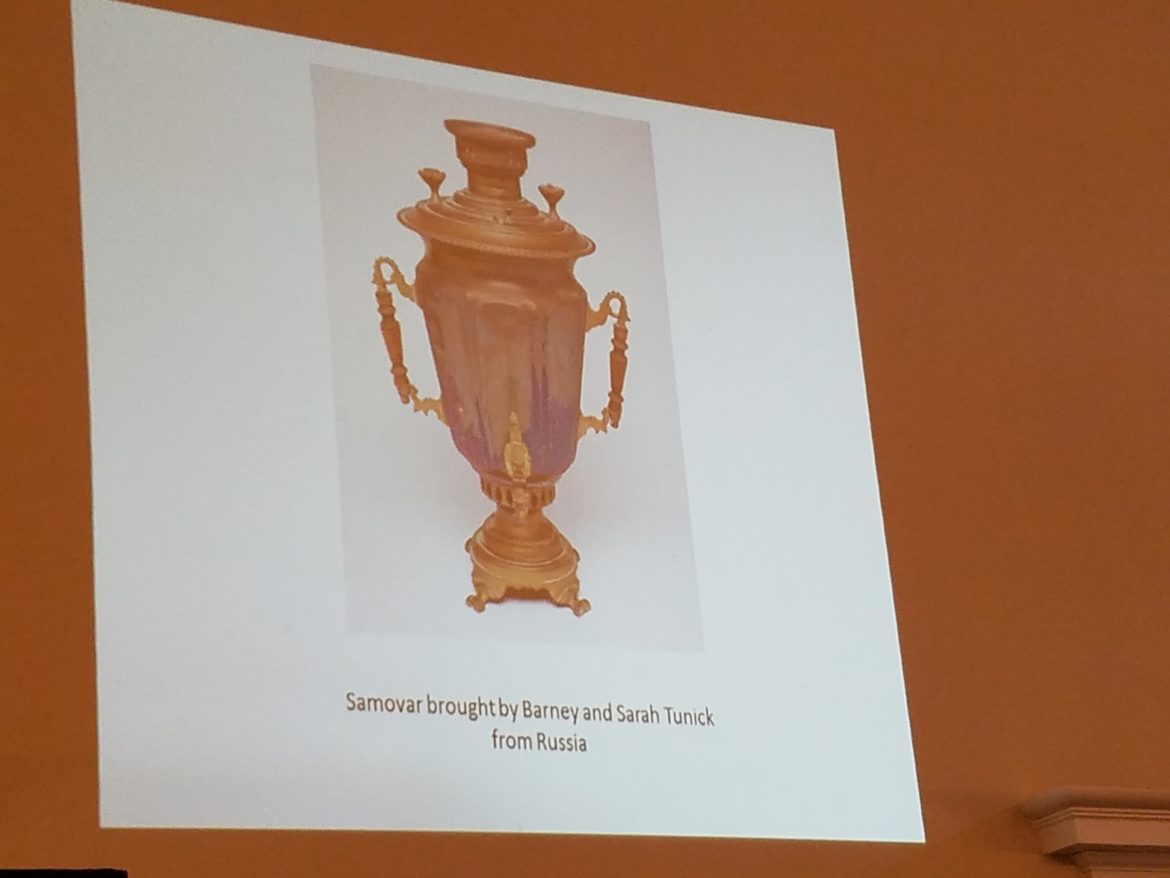 The first Jews in Greenwich came mainly from the territory of the Russian Empire (including much of Poland, at the time). They came fleeing pogroms, a bleak economic outlook, and the threat of conscription into the Russian army.

To them, the United States represented unprecedented freedom.

Of course, their arrival was not always warmly received here in Connecticut. 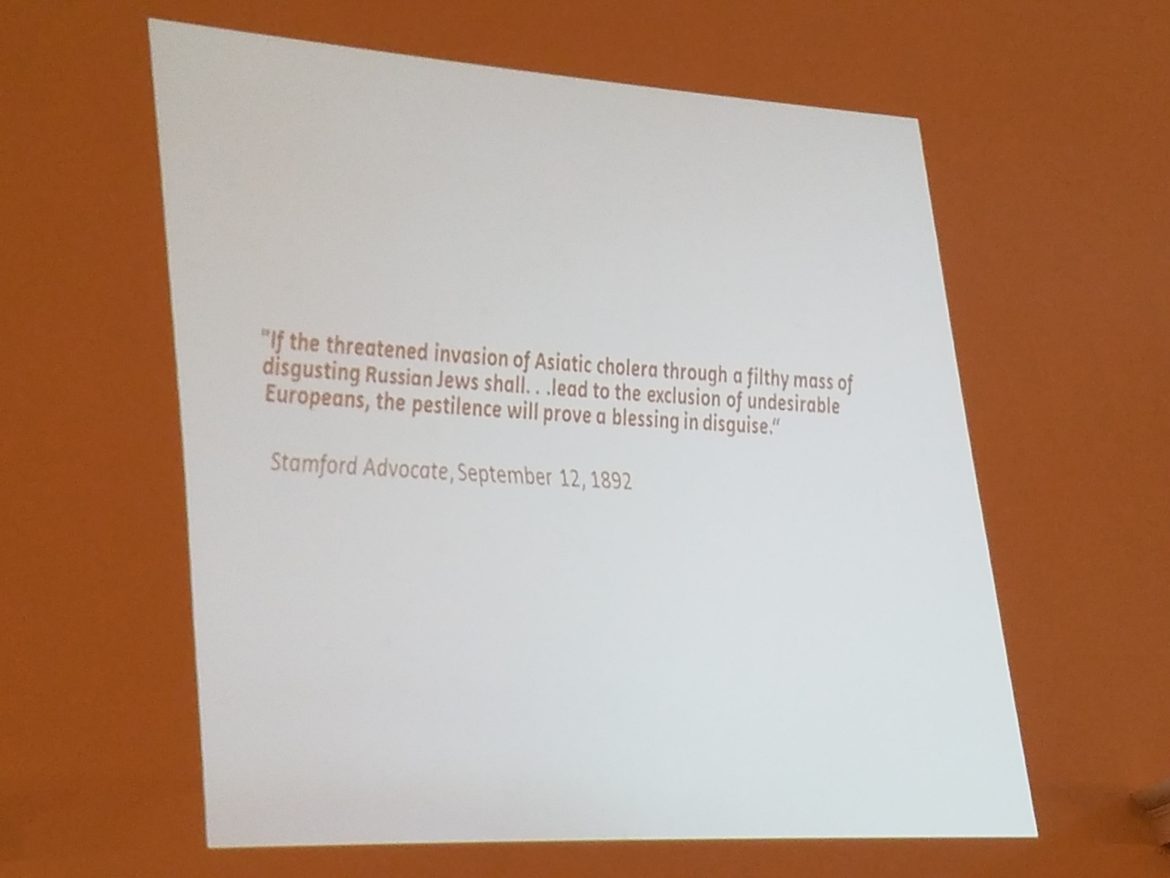 An excerpt from the Stamford Advocate from 1892

Anti-semitism sadly was a challenge many of the new arrivals had to endure in their new home.

While unlike in Russia they were rarely in danger of pogroms or physical force, there were unspoken “Gentleman’s Agreements” that led to it being difficult if not impossible for Jews, as well as black people, to purchase a house in Greenwich, which would continue well into the 20th century.

Because of this, the Jewish community would often not mingle with the general population of Greenwich. Along with strict zoning laws that made it even harder for Jews to acquire homes in Greenwich, this is in part why Greenwich had a much smaller Jewish community than neighboring Stamford and Port Chester. 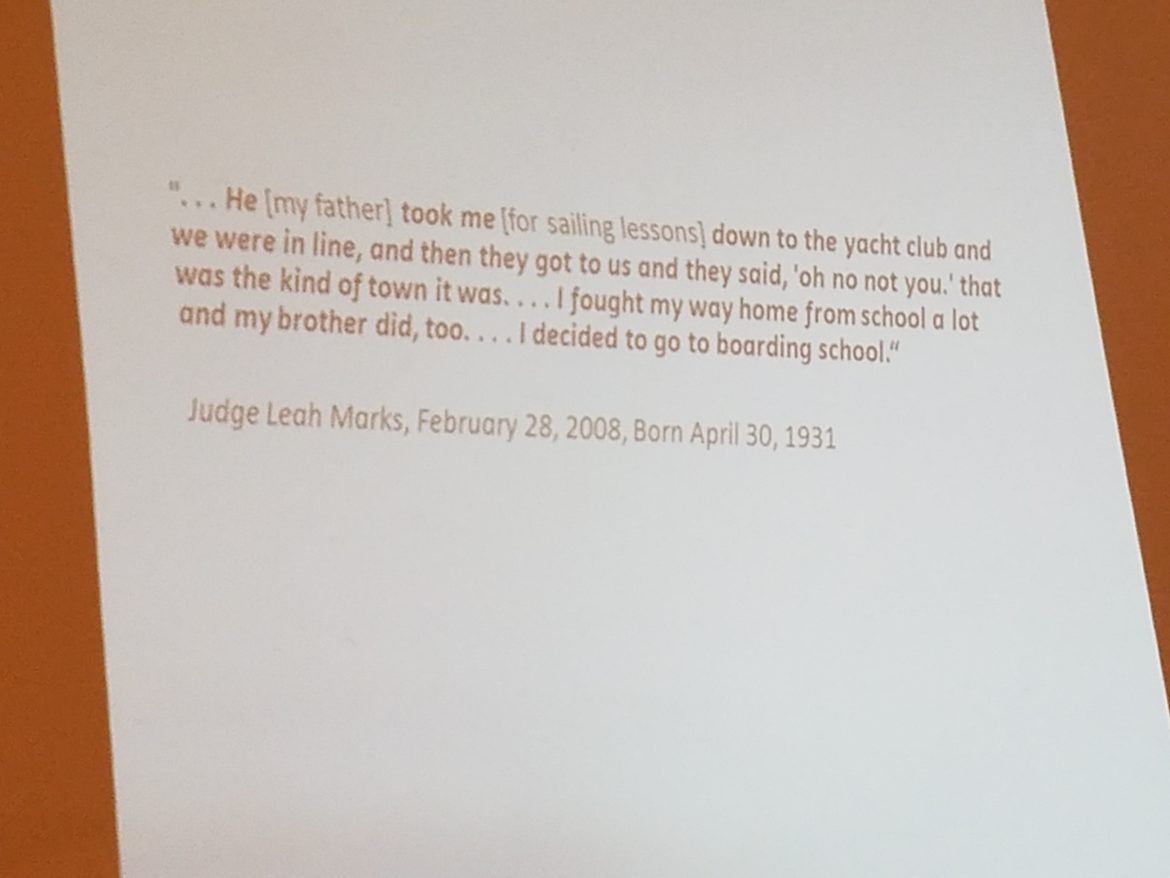 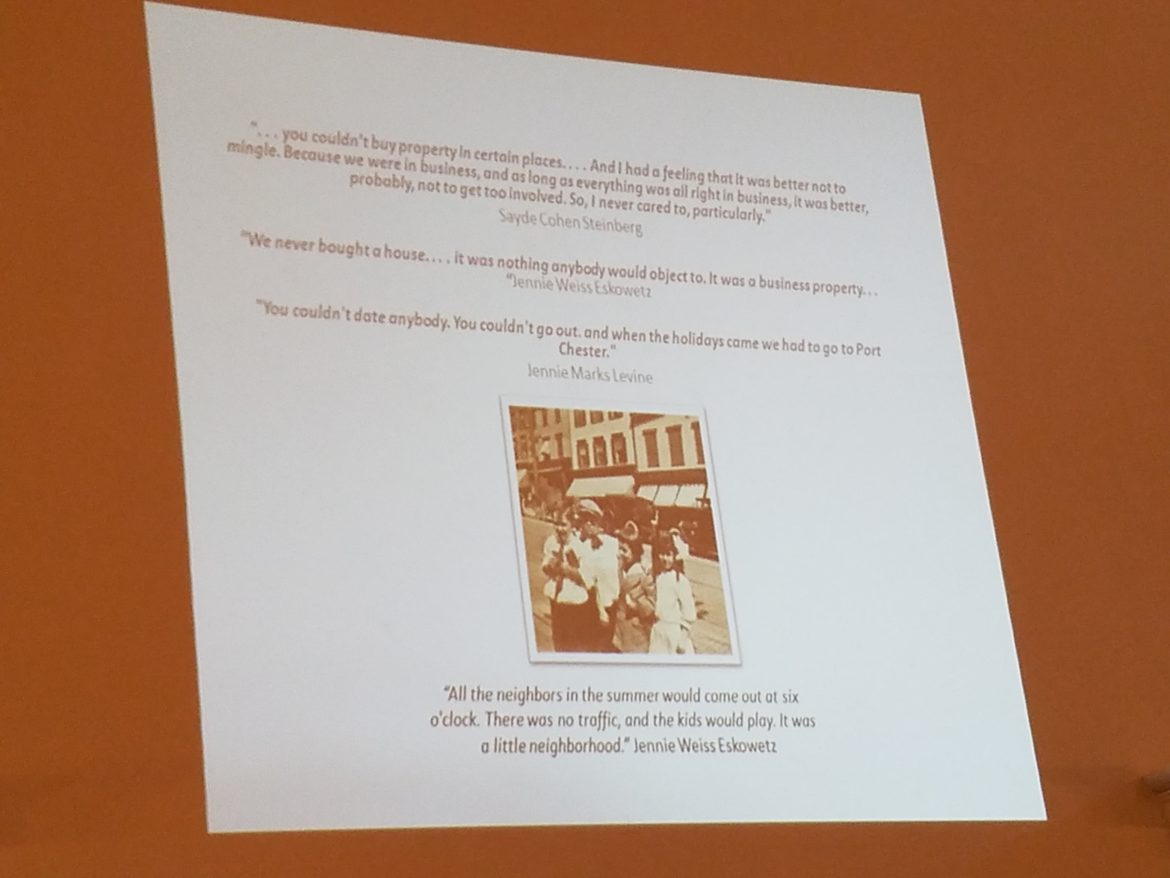 Examples of the anti-Semitism early Jews faced in Greenwich

Housing discrimination continued well into the 20th century even after World War II, where it would lead to fair housing campaigns by Jews and other disadvantaged groups around the 1960’s.

Today, there are seven Jewish institutions in Greenwich.

More information on the history of the Jewish community in Greenwich can be found at the Greenwich Historical Society, with the exhibition open until April 15, 2018.