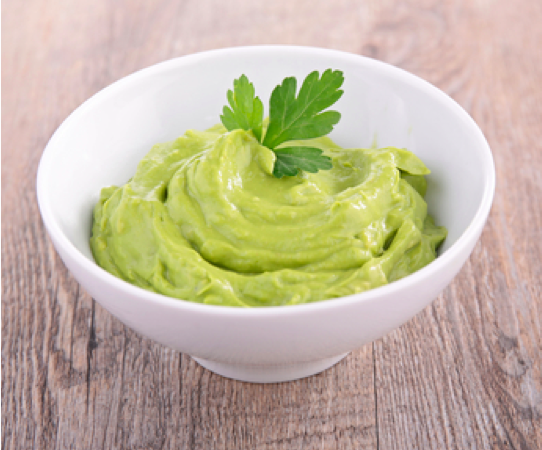 This avocado dip is a tangy alternative to the usual party time guacamole. Serve with the chili pita chips for a tasty pre-game dip.