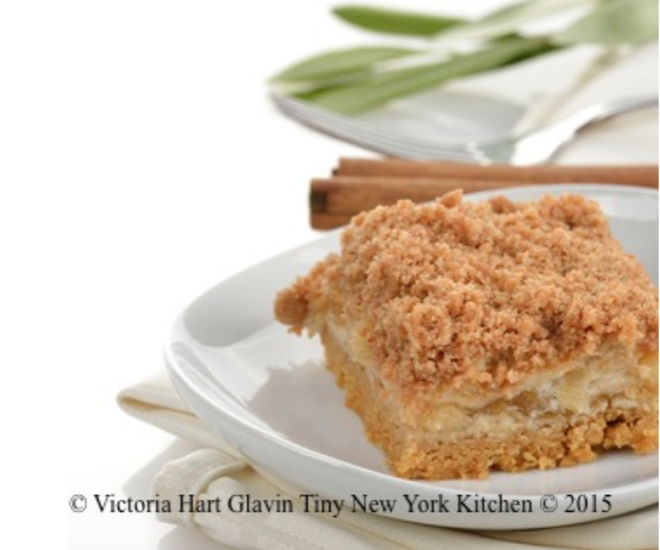 How about caramel apples, cheesecake, and apple pie all rolled into one delicious bar? Whether you’re having guests over or just want to have a tasty fall treat around give these Apple Caramel Bars a try.

Preheat oven to 350 degrees. In small-size bowl combine flour and brown sugar. Cut in butter until nice and crumbly. Press into a greased 13×9 inch-baking pan. Place in oven for 15 minutes until lightly browned.

In another small-size bowl combine 3/4 cup flour, 3/4 cup brown sugar, and oats. Cut in butter until crumbly. Sprinkle over apple layer.  Place in oven for 25 minutes until filling is set. Remove from oven and drizzle with caramel sauce. Cool in pan for 1 hour. Place in refrigerator for 3 hours. Remove from fridge and cut into bars.