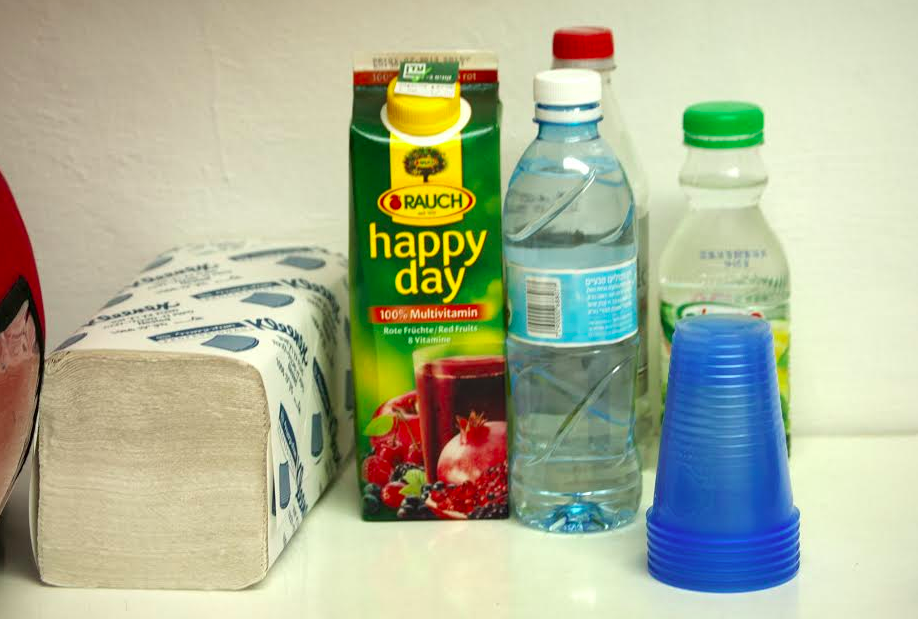 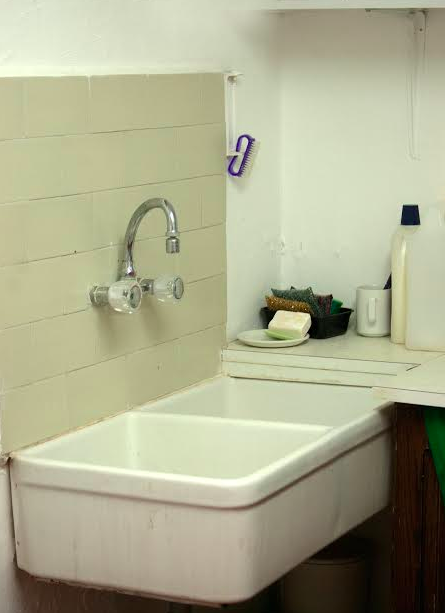 Running water is helpful, but a toilet would be better.

It’s not fun being in the bomb shelter with just one security guard—it’s too quiet and you have to face each other’s sadness. As we talked, I felt sadder, as our guard told me he’d been on the phone with his son as the alarm sounded. Then he felt even more sad because he hadn’t mentioned it for dramatic effect; only to make conversation.

It wasn’t so quiet two days ago. Our security guards were changing shift, so both were forced to run into the shelter. The pool guy was here, so he dashed in too. With two house staff and me already inside, it turned into a club social–all six of us keeping up good spirits for the others, thinking about the Palestinians who have it much worse, and turning on a great little fan to circulate air.

Actually, that is when I figured out we needed a bigger fan because six people sucked up any cooling effect. I made a note to myself to super-size the fan without taking up additional human space — in case there would be more than six people next time.

Drumroll please. Here are the ten best practices for being comfortable during missile attacks, in a bomb shelter. Unlike Letterman, however, I’ve already given you the #1 best practice for sheltering under rocket fire–invite as many people as you can. Without a crowd, you hear every Iron Dome interceptions booming over your head. When they are especially close, the walls vibrate and your arms go weak.

Other best practices from previous blogs:

Here are the remaining six in no particular order.

1. Keep yourself clean and prepared. Not knowing when attacks will come, my personal hygiene has changed. Showers are quick with time to rinse–body one day and hair the next. Jump into clothing, no procrastinating. My Epilady routine has become a stand-alone activity.

2. Hang a phone list so you can call your husband since you still haven’t committed his cellphone number to memory, and he’s always at work.

3. Revel at being a messy person. It’s great to be running from any place in the house, grabbing at any number of things along the way, because you left them scattered previously. Now you can read, make lists, do your nails, use your laptop and generally clutter the shelter area too.

4. A separate W/C. We have yet to encounter the problems associated with long stays in confined areas, with strangers. This blog would have a completely different tone if we did. Still, we don’t have the luxury of a W/C inside, and it’s a basic. It should be standard issue for the next bomb shelter you build in your home. (Note: Israeli civil defense laws require the construction of bomb shelters in all homes, hotels and industrial buildings.
(See Civil Defense in Israel, Wikipedia.)

5. Check freshness date for biohazard protection supplies, stacked neatly in your fully equipped shelter (even if they are not needed during this rain of simple rockets.) It would be unpleasant to need the gas mask, or be forced to jam the antidote needle into your thigh, only to learn that medicines had expired.

6. Write a blog entry as soon as you leave the bomb shelter, to distract yourself from nagging apprehension.

Mary Knight is a former photojournalist for the Bridgeport Post & Telegram; now a Hearst newspaper, the Connecticut Post. Over the past twenty years, she worked as photo editor at a Washington DC news agency and on foreign assignments for the U.S. State Department as photographer, publicist, and community liaison; and she freelanced for the New York Times. Currently her husband is assigned to Israel and they live in Tel Aviv.

How I Learned to Stop Worrying and Love the Bomb Shelter