Last November my husband and I moved from Connecticut to Tel Aviv, for his job transfer.

From our autumn arrival until a week ago, it was a glorious, no-transition transition. We felt instantly acclimated in Israel–comfortable at work and comfort with both new acquaintances and old friends. The Mediterranean thaang that Israelis, Israeli-Arabs and Palestinians have going for them is magic — they are personal, friendly, welcoming and humorously upfront, which makes you feel included.

But reality has set in now, with the kidnapping and murder of three Israeli teenagers, followed by the reciprocal murder of a Palestinian youth. Young and vibrant children, kidnapped and killed by religious and political fanatics. The result of this incomprehensible violence is that Israelis and Palestinians are now in their own comfort zones again–hating, mistrusting and killing–utterly opposed to each other’s existence.

In a flash, our home north of Tel Aviv was schizophrenically changed from sunny beach paradise to window-rattling prison–our windows shake from Iron Dome interceptions of Hamas missiles.

The first 24-hours, during Palestinian missile attacks and Israeli return strikes, I stayed close to my TV /computer or stared at the sky, hoping to see the missile in time to duck. I hoped that my husband was ducking too, and he was, in his much more secure work place.

Of course I stocked our at-home bomb shelter with important items–cameras to record Armageddon when it fell on us; cellphones and laptops to email our children who live elsewhere; and I would like to point out to my skeptical family that I included the necessary chargers. Most important though, I brought the fan–God forbid I sweat while waiting to be firebombed.

Yesterday, day 2, my fear was manageable and I talked to family members in Connecticut, reassuring them we were fine. I was already accustomed to the sonic booms of missiles being intercepted. I was planning my shopping within the constraints of travel restrictions and distance from public shelters–security forces reminding us that we had only 1.5 minutes from the time sirens blared to missile impact–if Israeli Defense Forces failed to intercept.

So how was I going to fill an entire day of staying safe and avoiding rockets? Somehow, I think it’s important for Abbas and Netanyahu to know that I’m tired already, of waking up early to join our guards in the bomb shelter. I’m tired of my husband working in the un-endingly violent Mideast region. I’m tired of telling my kids and my elderly father that if we become casualties, we loved them.

This morning, day 3, I was abruptly awakened as my husband tried to get me to the shelter. I didn’t have the courage to be in a 5 x 8 steel-encased room with my morning breath, disheveled hair, nightgown, two security guards and a house manager, so I rushed to get dressed as Bill was pushing me out our bedroom door. But, we missed the one-and-a-half-minute deadline. I had caused us both to be exposed as another missile was intercepted again. 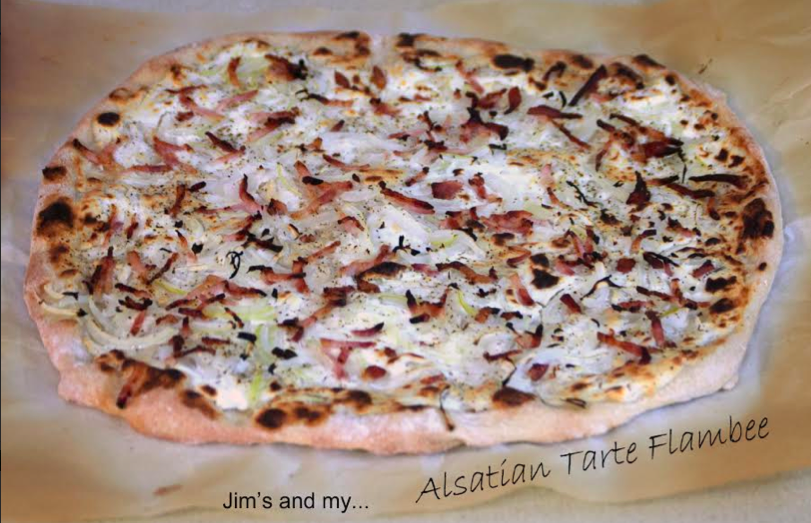 Back to how I fill the rest of the day, I will make pizza. Unlike some in this conflict, I have another day to fill.

It won’t be ordinary pizza but Jim Lahey the bread guru’s pizza. Jim is the owner of Manhattan’s Sullivan Street Bakery and the CoPane pizza bistro, and originator of the “no-knead” method of bread baking. He is the most generous chef ever, giving away his earth-changing bread recipes to save you time and money. His is the best pizza you’ll ever make, in war or peace.

No matter where we move, making pizza and pasta is how I feel at home. Thanks for the intercept Jim, and thanks to the Israeli Defense Force’s Iron Dome, which has made me the most comfortable of all.