Santa Claus made his way to the Boys & Girls Club of Greenwich early Saturday morning, presiding over the stage while families noshed on stacks of chocolate chip pancakes, sausages, bagels, juice and coffee.

Carbs may have ruled breakfast but Santa rules the dreams of Christmas morning. 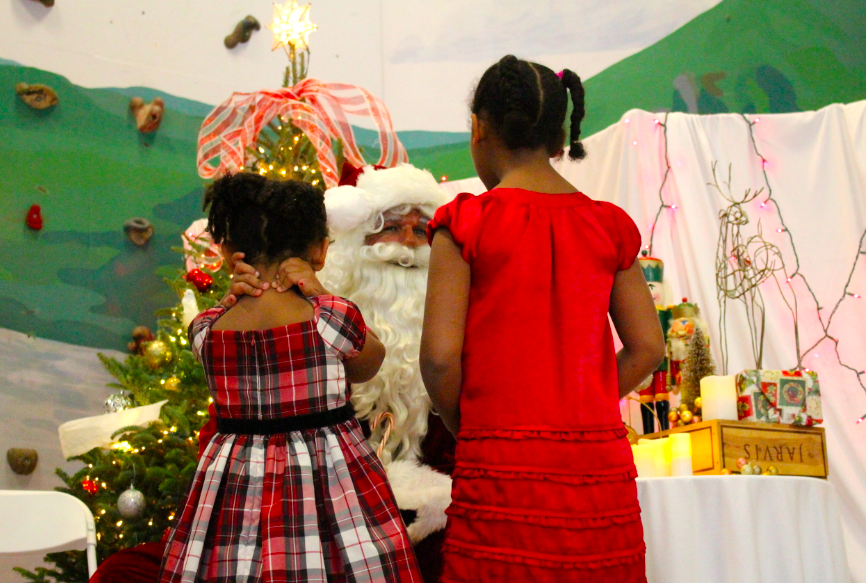 It was so cute to see the range of reactions of the youngest children. While some were a wee bit bashful, others were overjoyed to share their wish list with Kringle himself. 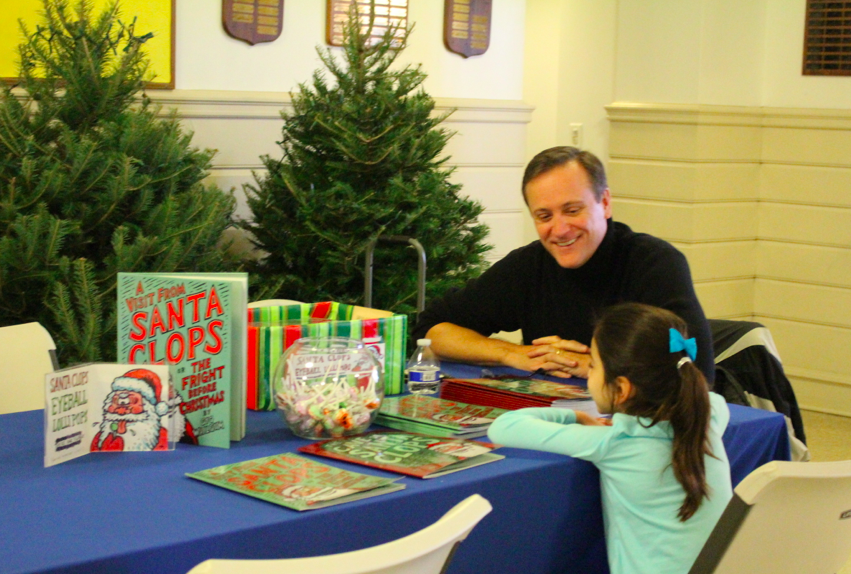 After breakfast, children had a chance to meet the author Gig Wailgum who wrote Santa Clops, and get their faces painted by resident artists, and even play basketball in the gym.

After Santa rushed back to his workshop at 10:00am, “Jimmy and the All Tones” took the stage. Introduced by Don Palmer, the girls sang under the direction of longtime volunteer Jim Santoro.

According to Takeia McAlister, the Club is launching a campaign to re-connect with 1,000 club alumni by June 2015! Alumni will receive special edition stickers, but they have to fess up. Do you owe chair time? 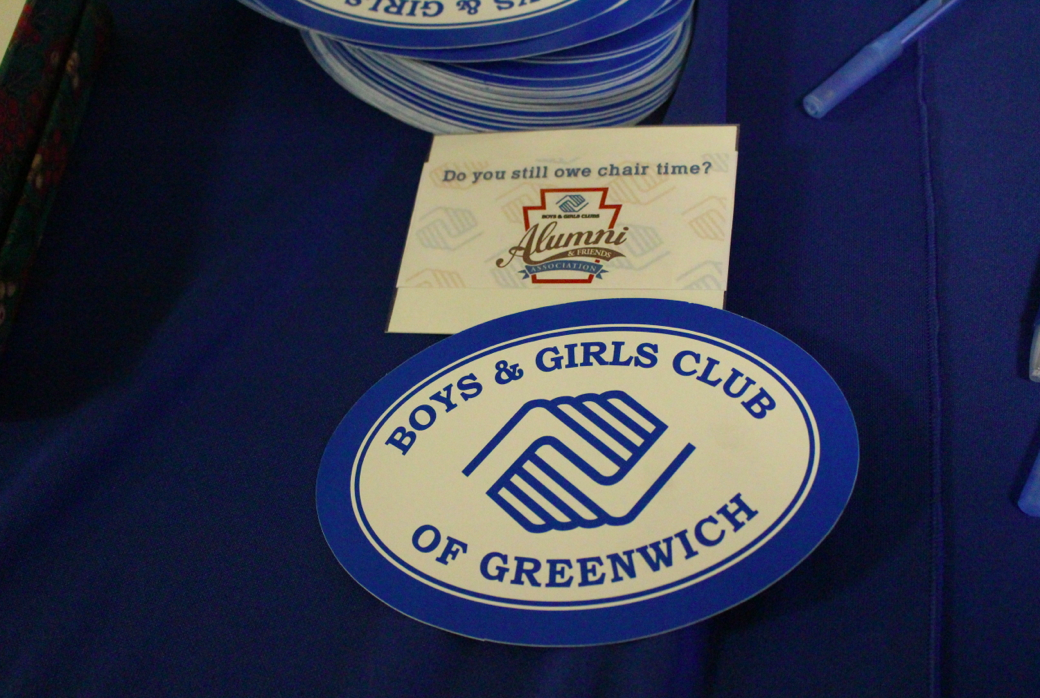 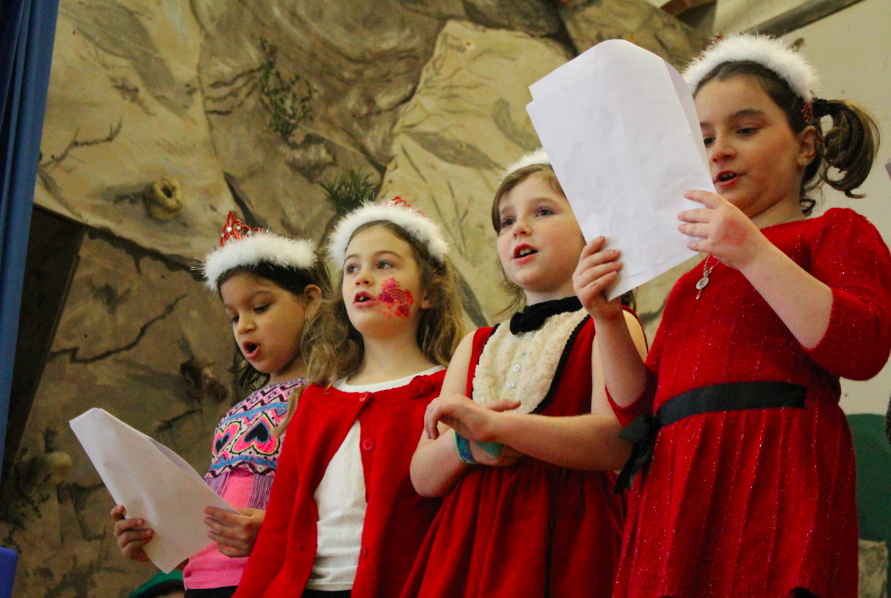 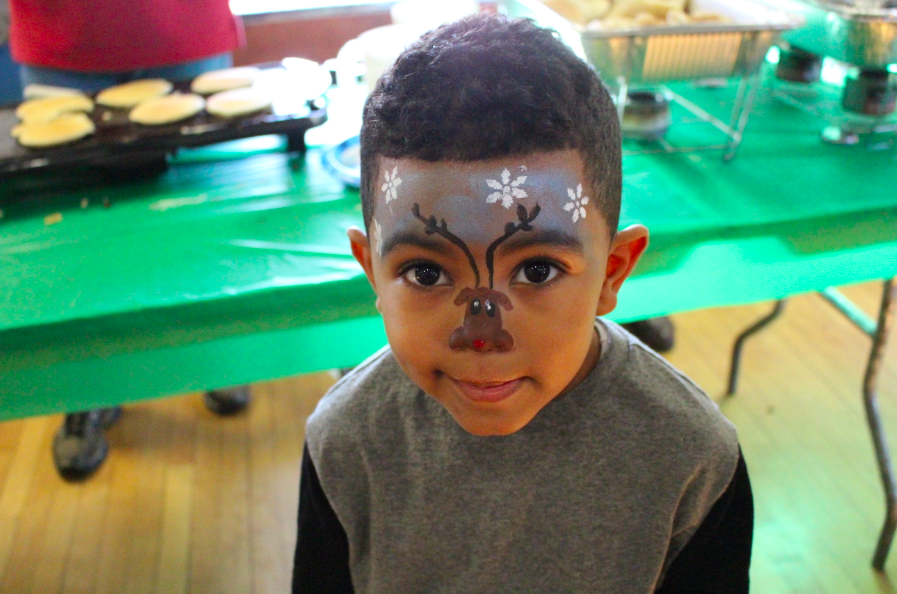 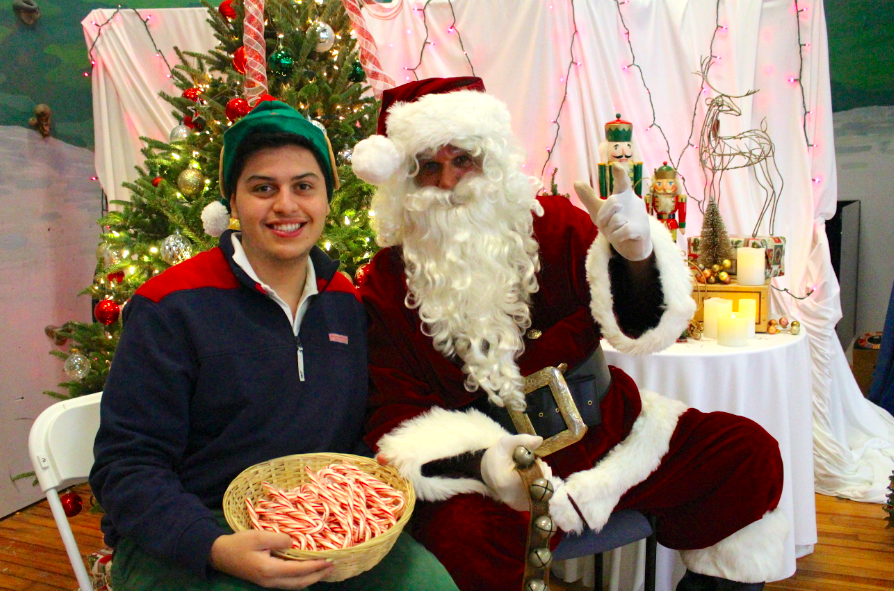 David Ramirez, 17, a senior at GHS, helped Santa Claus on Saturday.. Ramirez has been a member of the Boys and Girls Club of Greenwich since he was just 6 years old and recalls reciting his wish list to Santa himself. “I was always the scared one,” Ramirez said. Credit: Leslie Yager 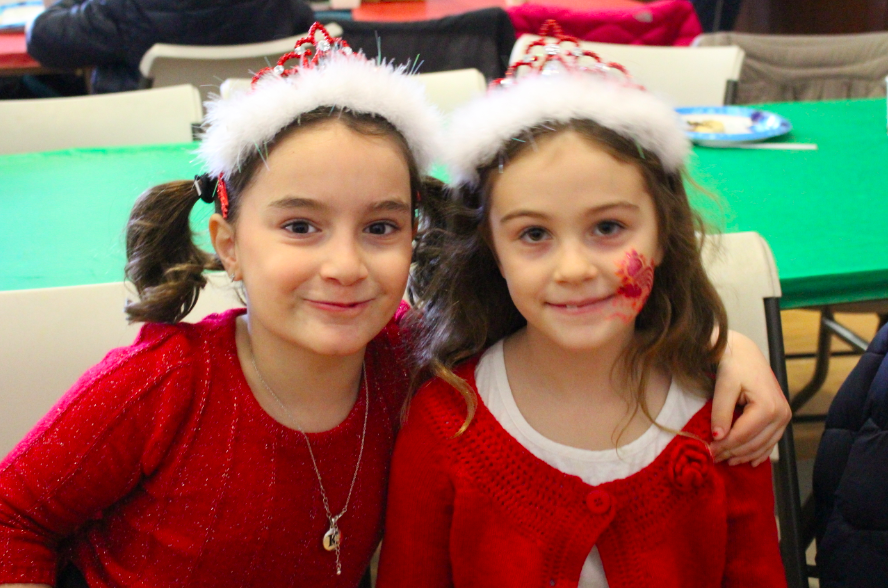 Kaitlyn Raiente, 8, who attends Cos Cob School, with Grace Quin, 7, of Julian Curtiss School. Both were invited to sing carols at the club. Credit: Leslie Yager 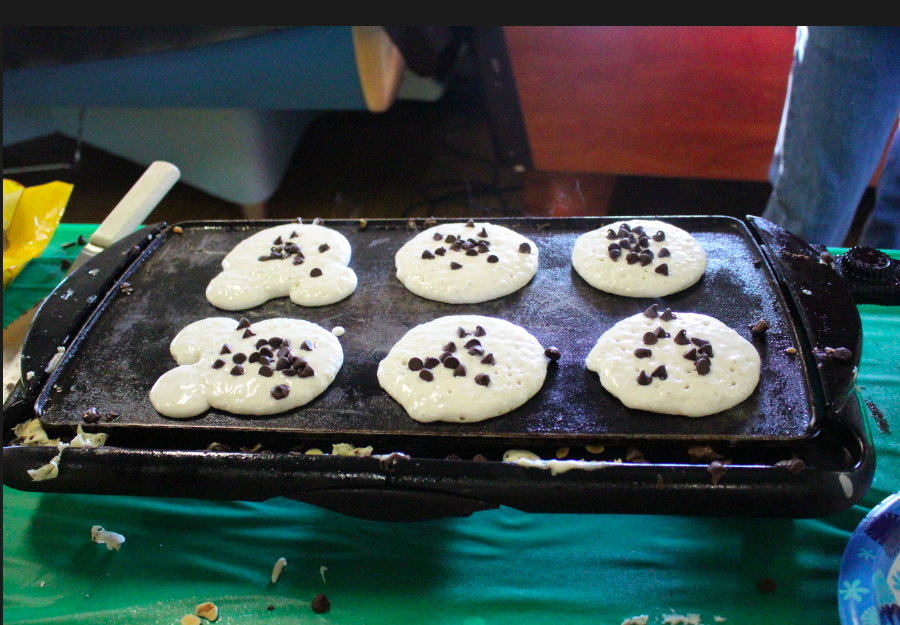 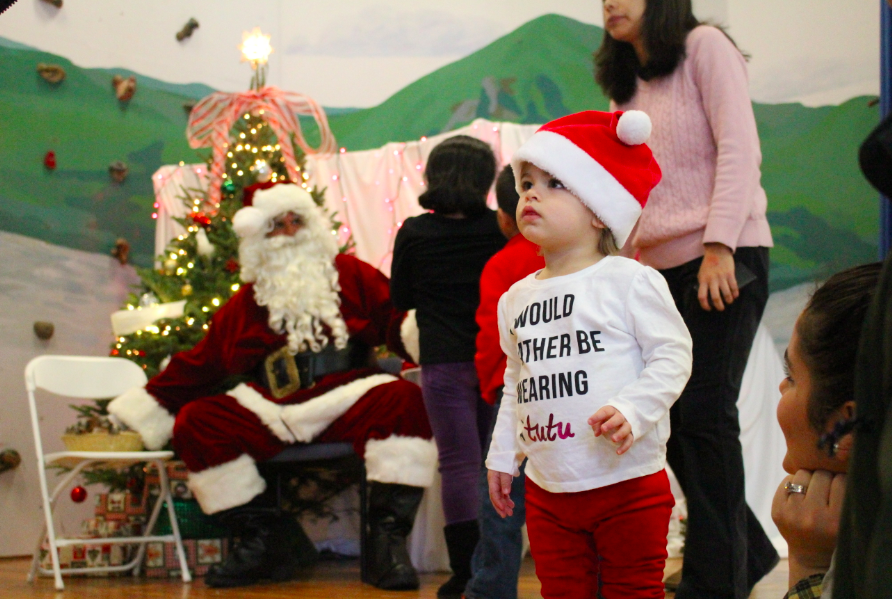 Ava Mohrin, 15 months old, of Cos Cob summoned up a fair amount of courage to mount the stage and meet Santa. Credit: Leslie Yager 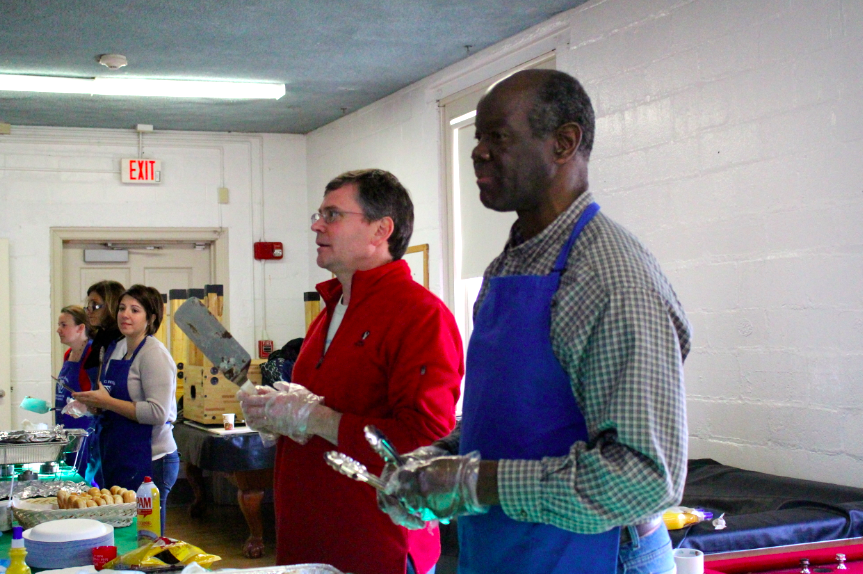 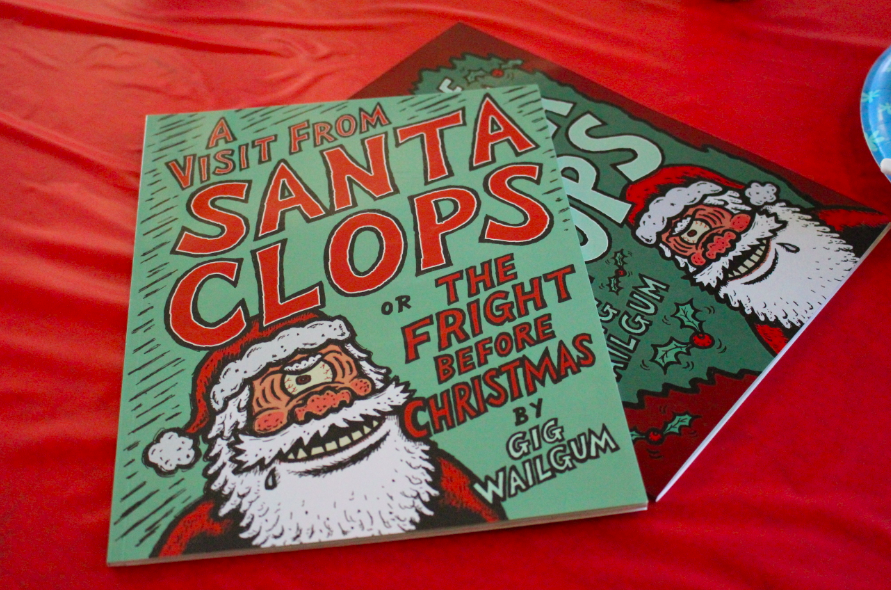 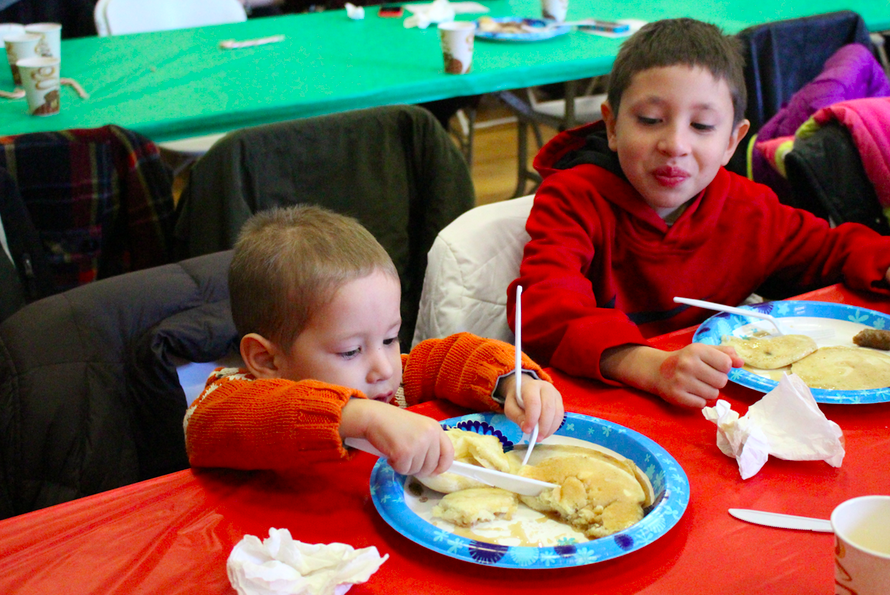 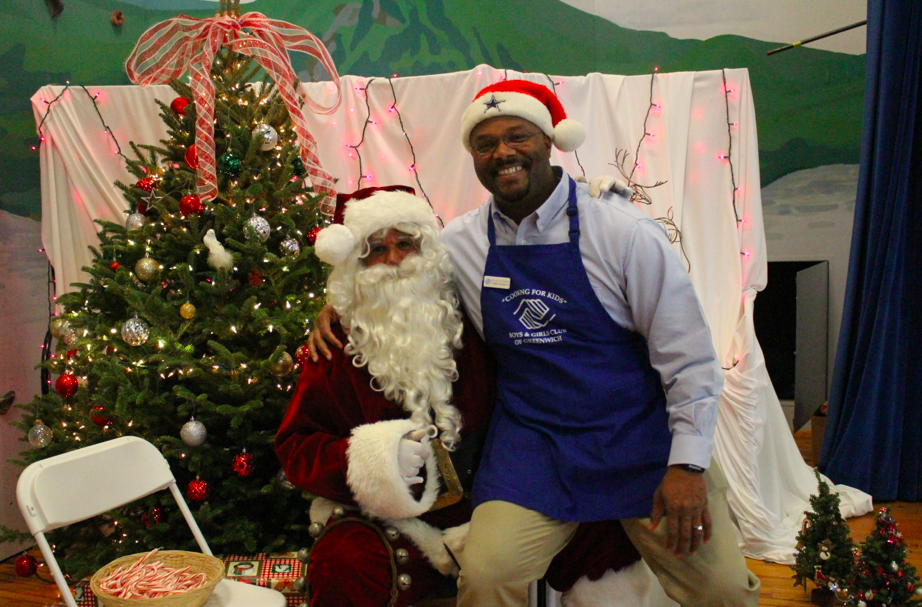 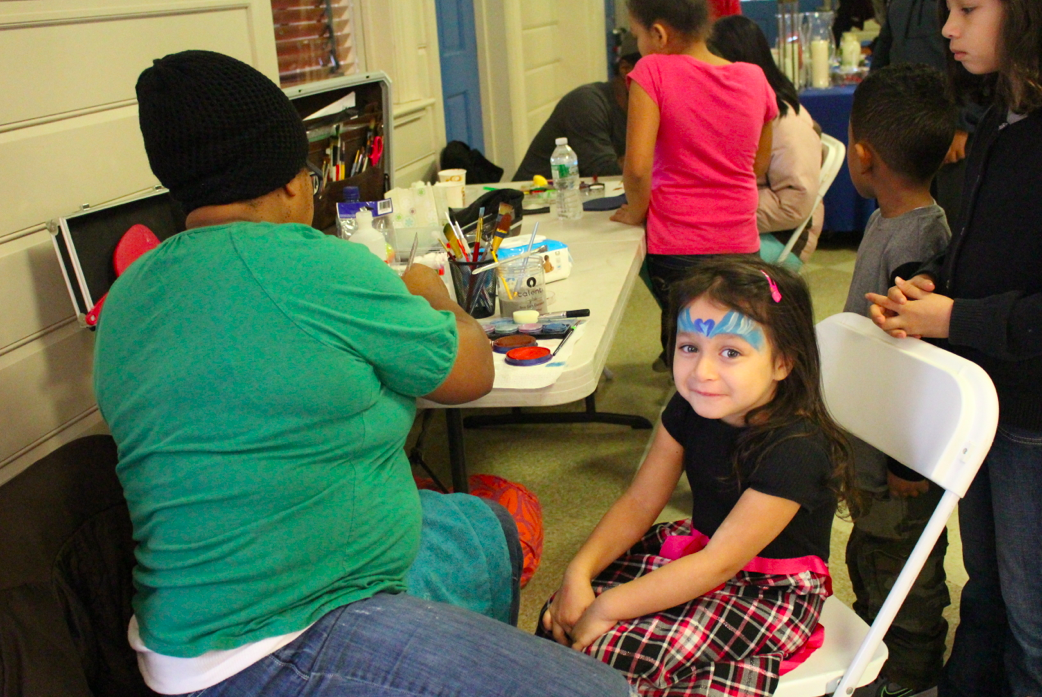 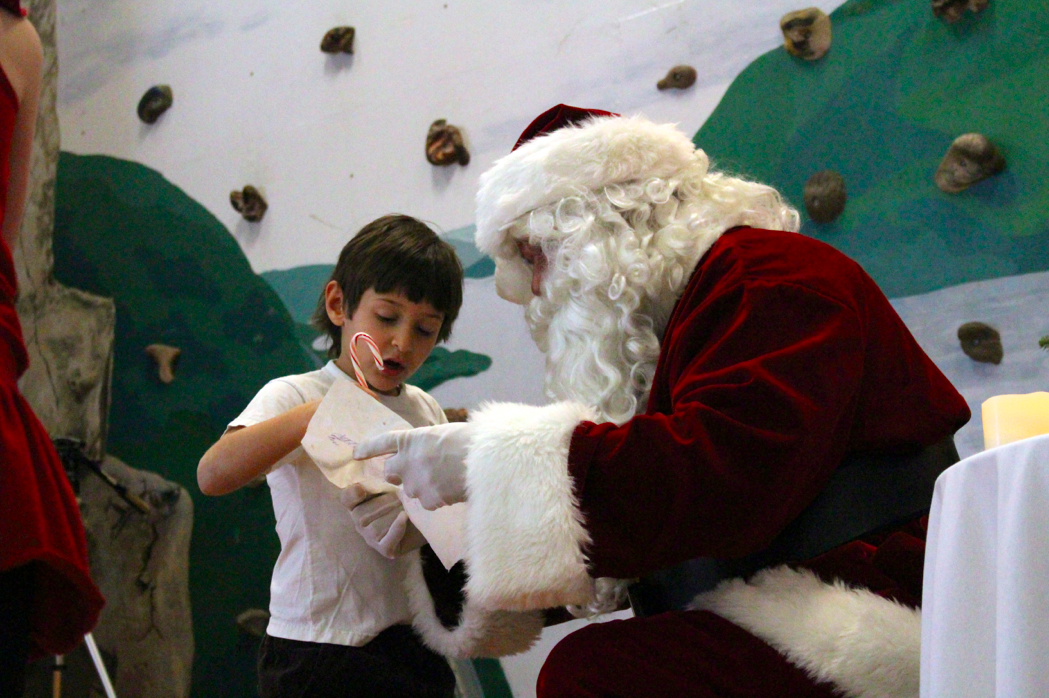 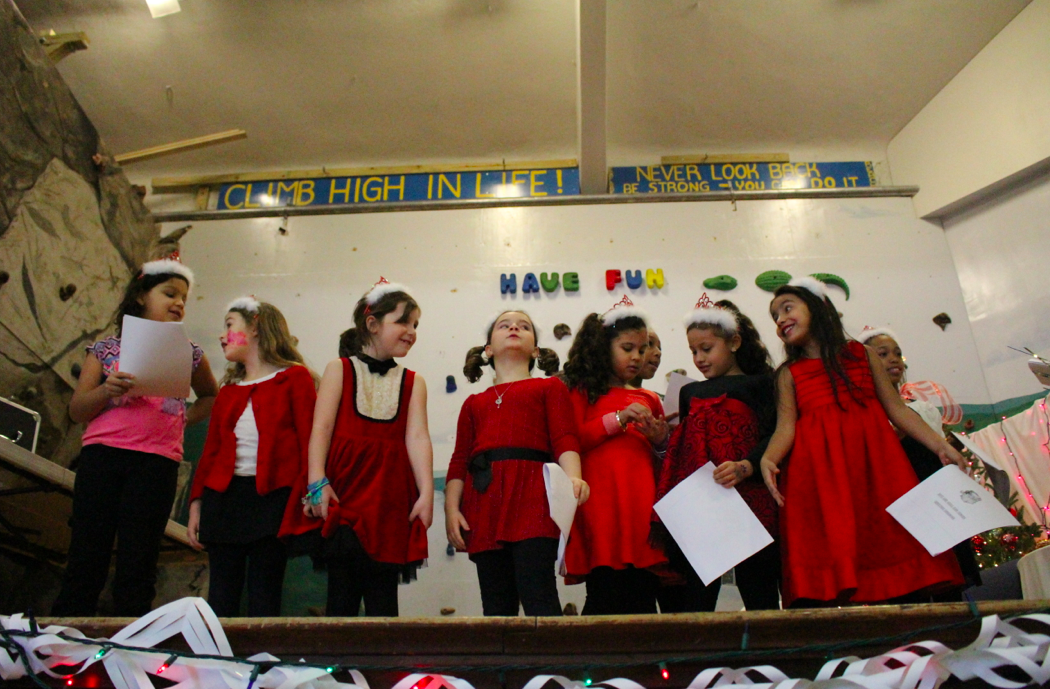