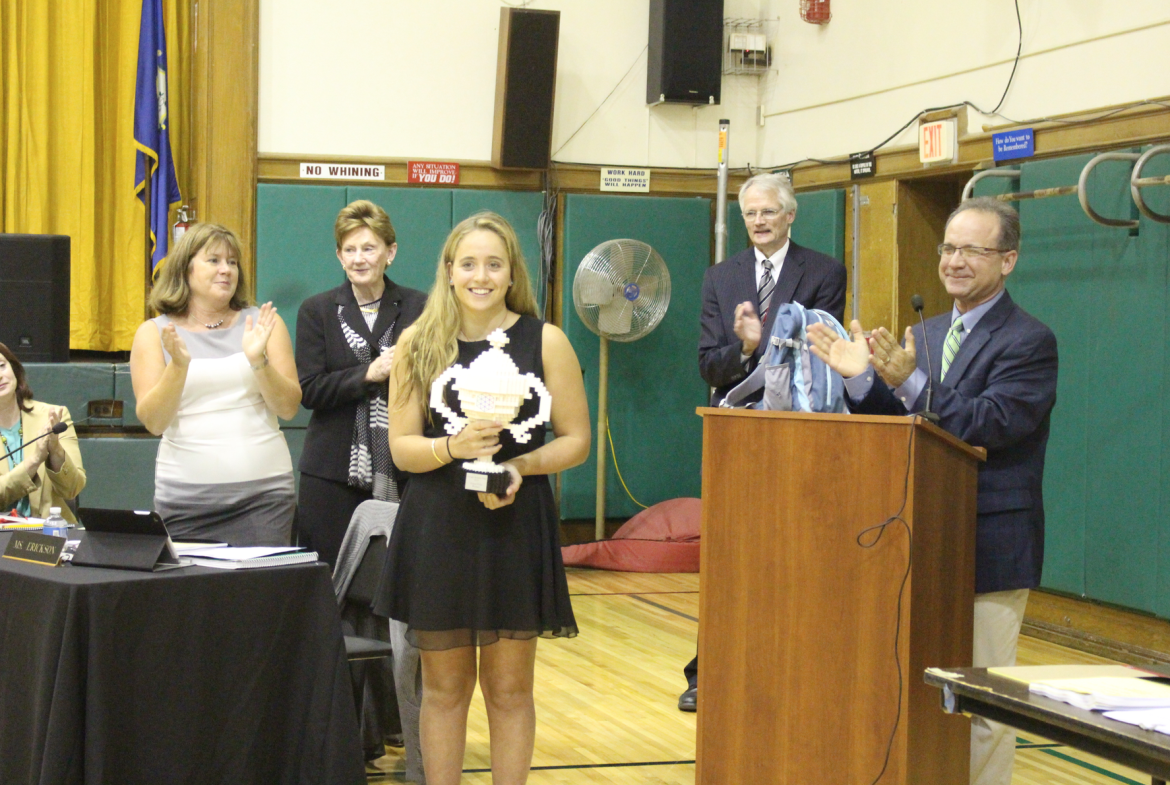 Greenwich High School’s Olivia Hallisey was honored at the Board of Education meeting Thursday night at Julian Curtiss School for making it all the way to the top of the global Google Science Fair.

A modest young woman, Olivia was prompted by the 2014 Ebola outbreak in Africa, to develop a quick, inexpensive, and accurate detection of the virus that does not require refrigeration.

GHS Science teacher Andy Bramante explained that the Google Global Science fair was newly created in 2011. “Google Corporation gets thousands of kids age 13-18 from all over the world to compete,” he said, adding that there were 90 semifinalist positions and just 20 finalist positions.

Mr. Bramante said Olivia’s project looks like a pregnancy test. You wet the targets with saliva and the agents race to the center. If the Ebola antigens are present, they’ll race to the center,” he said. Last Saturday Olivia went to Google where she won the grand prize of $50,000 in scholarship funding and a unique white “trophy” that Mr. Bramante pulled from a backpack at the Board of Ed meeting.