UPDATE: The Boys & Girls Club of Greenwich will remain OPEN for members. Buses and BGCG vehicles will pick up members from the schools on an early release schedule and will bring them to the Club.

All schools will close early today, Tuesday, February 23, 2016. All after school and evening activities are cancelled.

According to a statement from Kim Eves released at about 9:45am, the dismissal will follow the regular early dismissal schedule – 2-Hour Early Release. “The Superintendent and area Districts are erring on the side of caution due to the unpredictability of the weather pattern forecasted,” Eves said in the statement.

According to the National Weather Service, there is a slight chance of snow before 11am, then rain and snow. High near 38°.

Chance of precipitation is 90%. Total daytime snow accumulation of less than a half inch possible. 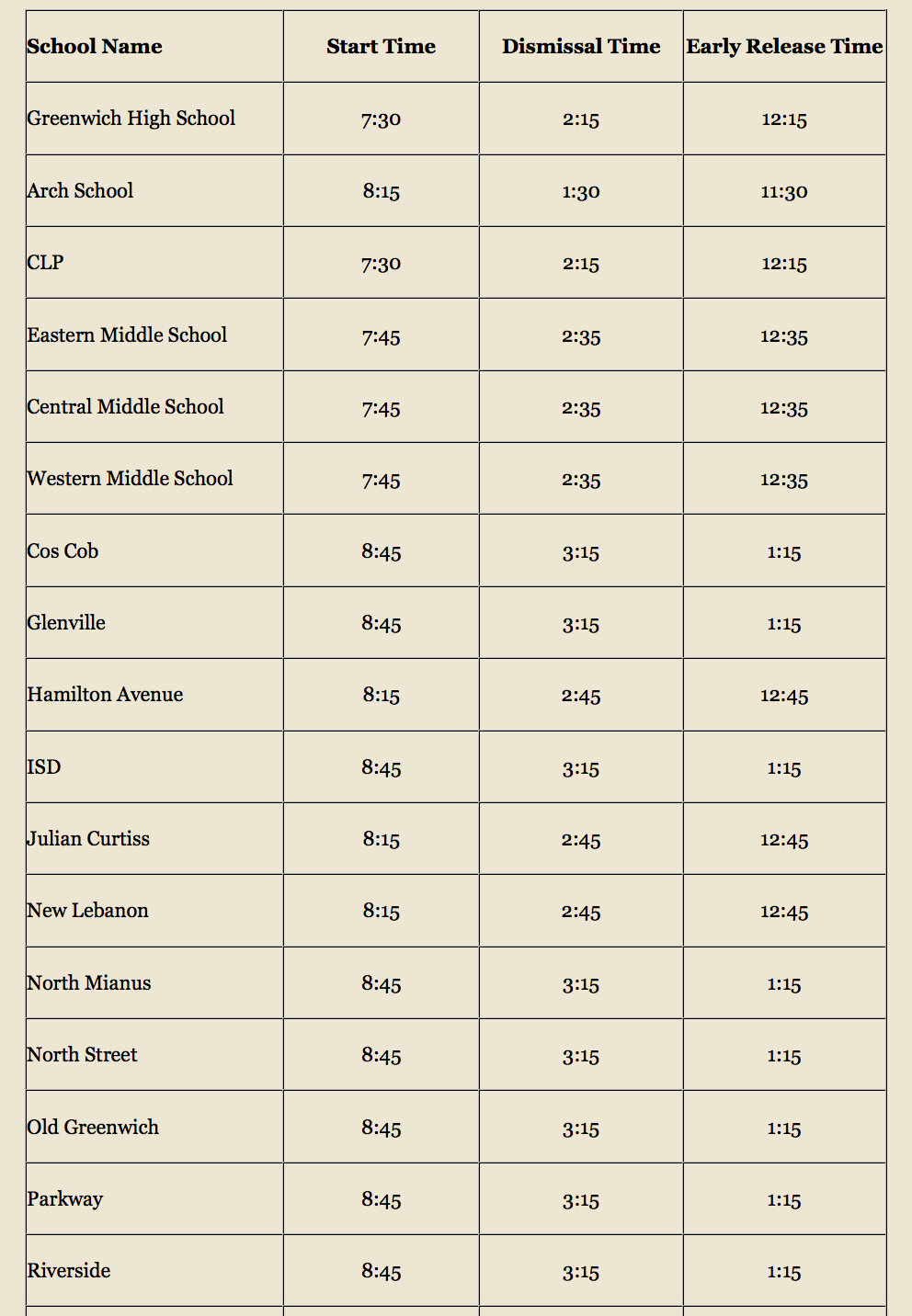