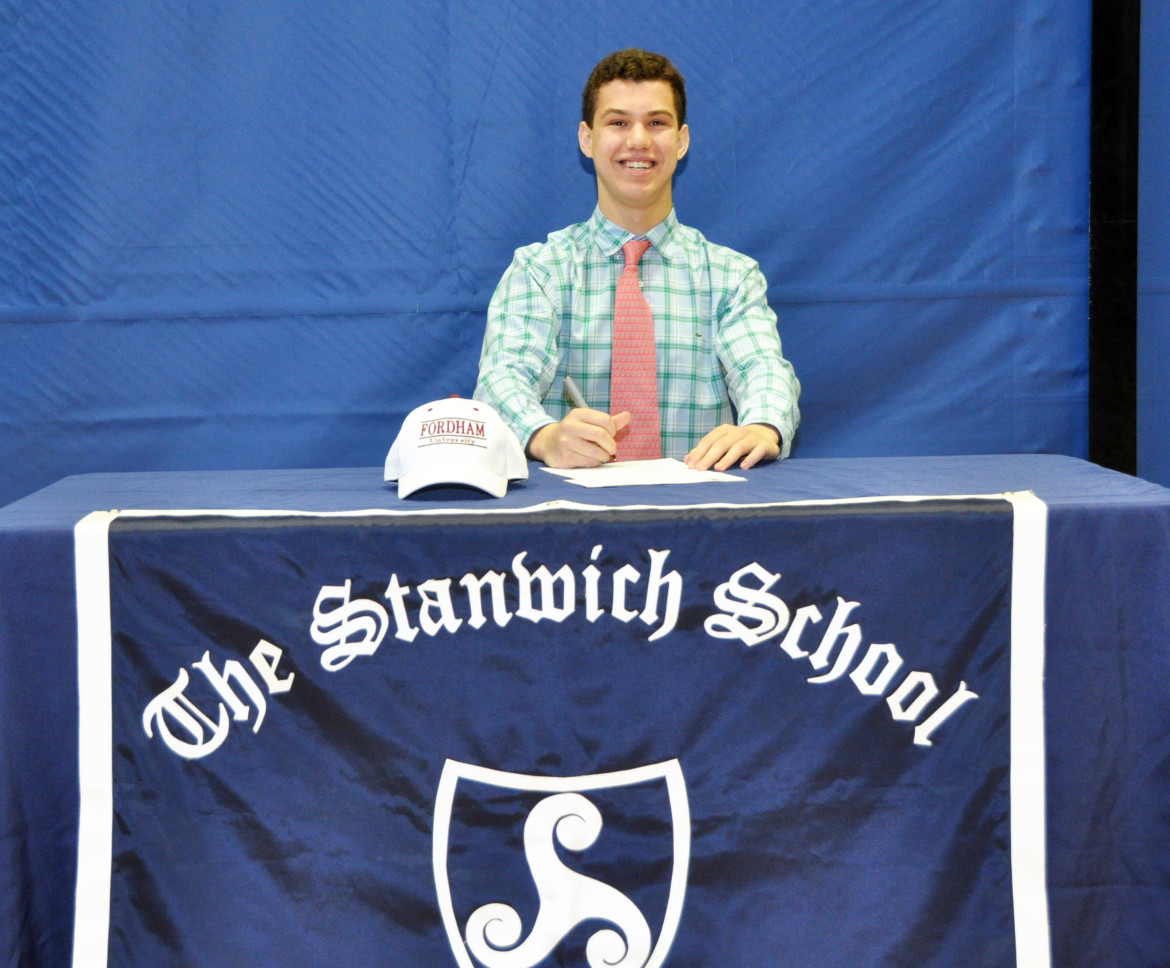 Stanwich School high school Senior Sam Varshisky recently signed a letter of intent with Fordham University’s Men’s Water Polo team. Sam will join the university’s team next fall which participates in Division I and is governed by the rules and regulations of the National Collegiate Athletic Association and the Collegiate Water Polo Association.

Sam began his athletic pursuits as a competitive swimmer at age five, and began playing the sport of water polo when he was 10 years old. The 6’2” senior is a force on what may be the most dominant water polo club in the Northeast, Greenwich Aquatics, the YMCA team. Playing the multi-skill position known as attacker, Sam and his teammates have competed all over the country — in California, Florida, Pennsylvania, Virginia, Nevada, to name a few places — and in Canada.

Among other victories, Sam played a key role in the squad’s crushing gold-medal win over a team from Brazil in the 2012 South Florida International Tournament in Coral Springs. At the Junior Olympics in California the same year, Sam was one of the main reasons Greenwich Aquatics wound up with a more-than-respectable eighth place finish.

“Without Stanwich, I would never be where I am today. With all the support I received from my teachers and the school, I had the opportunity to play water polo, and was given a solid education to be able to get into Fordham,” Sam said.

Sam enrolled at The Stanwich School in second grade. He is a native of Greenwich, and plans to study Entrepreneurship at Fordham and pursue a degree in Psychology.