In an update from Kim Eves at the Board of Education, Greenwich High School has reopened Wednesday, but the Science wing remains closed to students.

The Science Wing remains closed because the hot water tank leak on Tuesday caused electrical damage to a sewage pumping system, though there is no danger to students or staff. Without functioning bathrooms and sinks, Greenwich Schools are not permitted to open the wing. This story will be updated when science classrooms are re-opened.

According to a statement from Greenwich Schools communications director Kim Eves, “Greenwich Pubic Schools facility staff and the Town’s Building and Fire Departments have been working intently to ensure the building is safe for occupancy for the start of school on Wednesday.”

Update, Tuesday, Sept. 8, 2:10pm. According to a statement from Kim Eves, Communication Director for Greenwich Public Schools, Greenwich Public Schools Facilities Department is working with the Town’s Building Department to determine whether GHS can open on Wednesday. “A meeting has convened to assess the water leak situation at Greenwich High School today (9/8) and to determine the opening status of the school for tomorrow (9/9),” Eves said in the statement. “Another update will follow once a decision has been made.”

Update, Tuesday, Sept. 8 12:00 noon. A worker on site at GHS  said it wasn’t clear whether the entire hot water system would be okayed in time for school to resume on Wednesday.

A red notice posted on the doors to the Science wing said the structure has been declared dangerous and unsafe for human occupancy under the state building code.

Update, Tuesday, Sept. 8 10:10 am. According to a statement from Kim Eves, “The water problem at Greenwich High School was due to a leak in a hot water storage tank in the lower level (below classrooms) of the Science wing. The tank had been repaired and inspected by an outside contractor as recently as August, and the tank had again been checked on Friday, 9/4.” 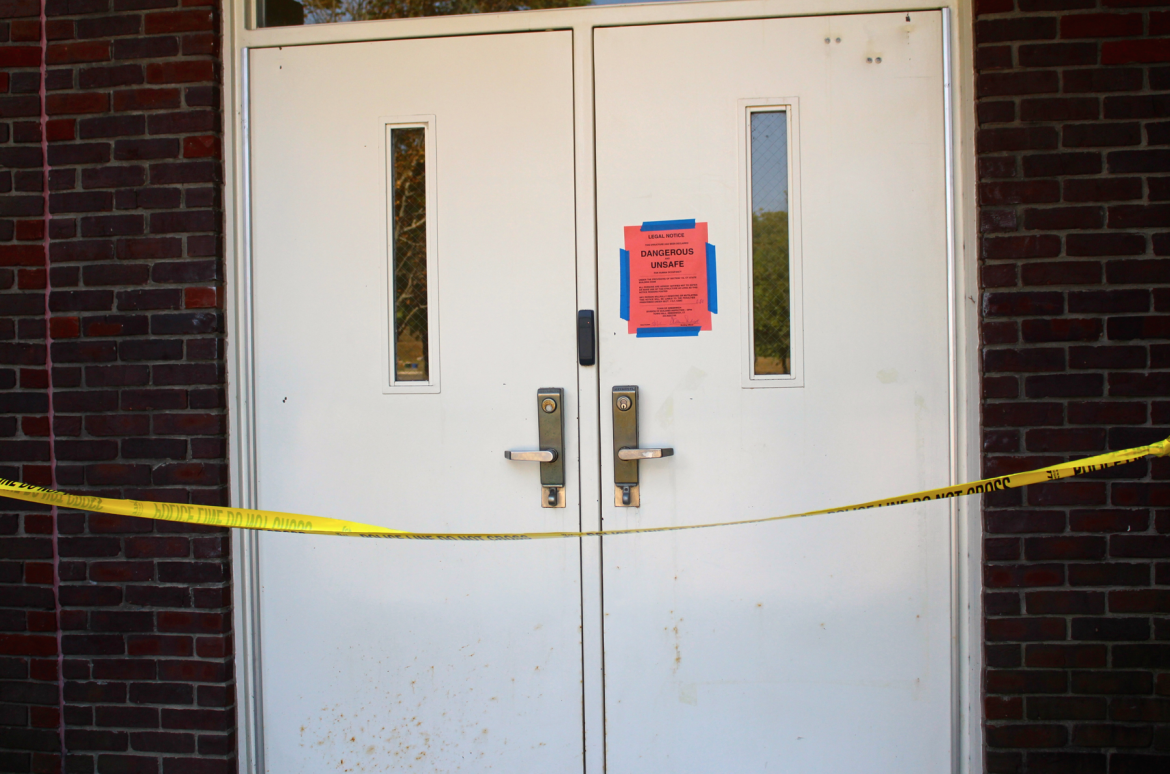 A sign on the Science wing door indicated the area is dangerous and unsafe on Tuesday, Sept. 8. Credit: Leslie Yager

Eves’ statement said water was contained in the utility basement and has already been pumped out; the water tank will be replaced.

Greenwich Public Schools Facilities Department is working with the Town’s Building Department to ensure all systems are functional before making any decisions on re-opening the school.

The statement indicated the next update would be available by 2:00 p.m. Tuesday. 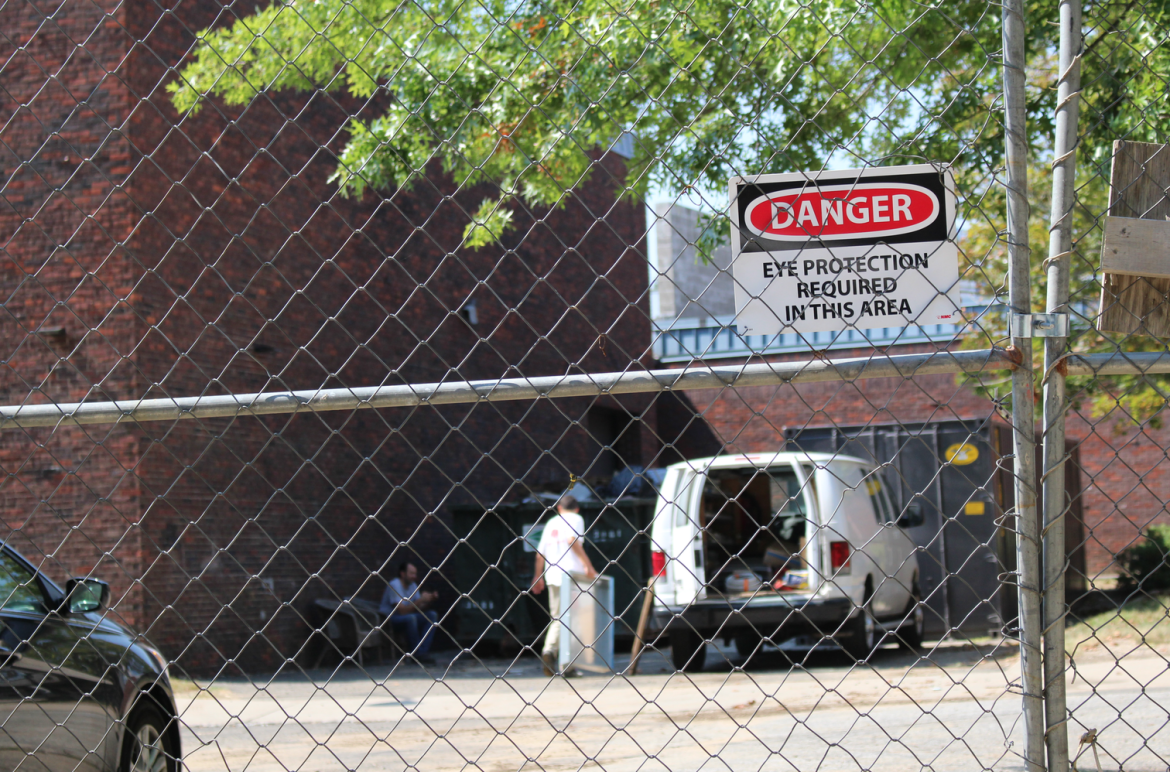 Update, Tuesday, Sept. 8, 10:00am According to the Facebook page post of the Cos Cob Fire Police Patrol, at approximately 2:30am, Patrol 2 was requested for a water condition in the school’s science wing. Upon arrival crews found approximately 7 feet of water in a stairwell and utility room caused by a ruptured water tank used for the school’s heating system.

The Cos Cob Fire Police Patrol, with the assistance of the Glenville Fire Police removed several thousand gallons of water over an approximately four hour period so that school maintenance crews could repair the damage.

Greenwich High School is closed today, September 8, 2015. According to a statement from Kim Eves, director of communications for the Greenwich Public Schools GHS is closed, “due to a water problem in the Science Wing.” While GHS is closed, all other schools are open.