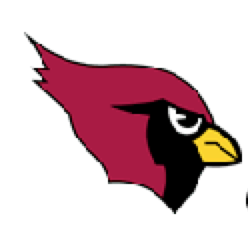 John Marinelli has been named the Head Football Coach at Greenwich High School, effective with the 2015-2016 Football Season.

For the last six seasons, John Marinelli has been an assistant coach at New Canaan High School. Previously he was a Graduate Assistant Coach at the University of Rhode Island. In addition to being the New Canaan Rams Offensive Coordinator, John has been the director of numerous football camps and tournaments. He is also a New Canaan Youth Football Board Member.

GHS Headmaster Chris Winters said, “We are pleased to have John leading our storied football program. John is a young man with the passion, knowledge, and character to lead our players on the field and in their development as upstanding citizens. We expect John to infuse new ideas and techniques into a tradition-rich program. It is with great optimism that we launch this next phase of GHS Football and welcome John as our new Head Coach.”

As a student-athlete at New Canaan High School, John participated in football, ice hockey, baseball and swimming. He was a 2003 All FCIAC selection in football and continued his athletic career at Trinity College. During his collegiate career, Trinity College was the 2008 NESCAC Champions and John was named to the 2009 All NESCAC Team.

GHS Athletic Director Gus Lindine said, ”John Marinelli is an exceptional football coach. He is a bright, motivated leader who will provide great balance for our boys as both students and athletes. We are excited for our football team and our community.”

John Marinelli is filling the vacancy left by Richard Albonizio’s resignation at the end of last season after many years as head coach of the Cardinals.