Hamilton Avenue students had a series of special guests visit them in honor of the birthday of Dr. Seuss.

Thursday would have been the 113th birthday of Theodor Seuss Geisel and the school celebrates the day, also known as Read Across America Day, every year on March 2.

Upstairs, in the media center, Cody Ludvinsky, a Hamilton Avenue FLES teacher, read to preschoolers, while across the room, Greenwich Health Dept director Caroline Baisley read to another group of children.

Downstairs in the kindergarten area, school principal Cindy Rigling wore her red and white striped Cat in the Hat stovepipe hat as she read to the children.

Greenwich Fire Dept Assistant Chief Robert Kick took a break from reading to children to field a flurry of questions ranging from how to stop-drop-and-roll, to what should I do about my goldfish if there is a fire in my house.  Mr. Kick said residents should tell the fire fighters what pets are in the building, even goldfish.

“We’ll go in the building and look for the pets,” he said, adding, “Dogs and cats often find their way out of the building on their own.” 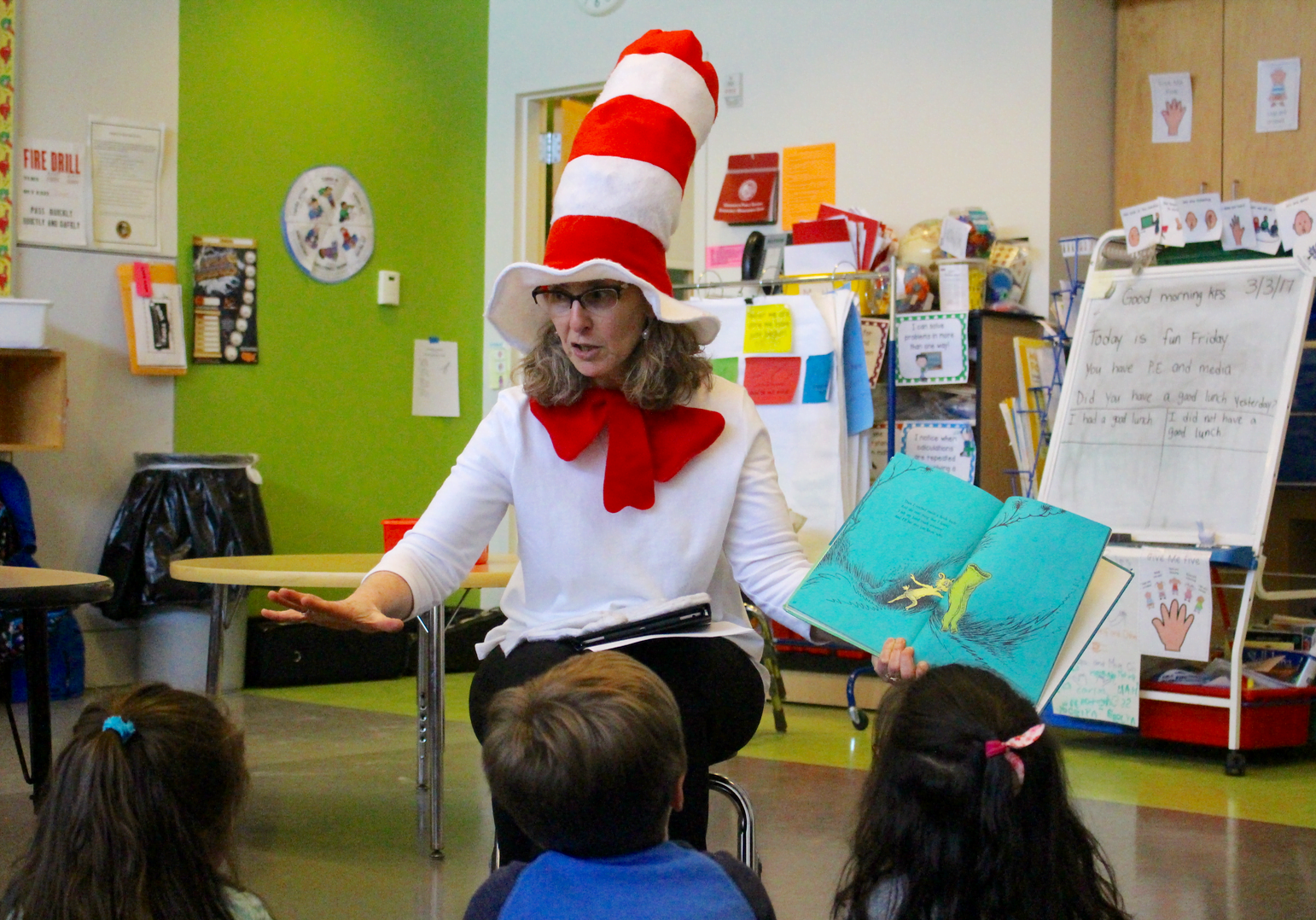 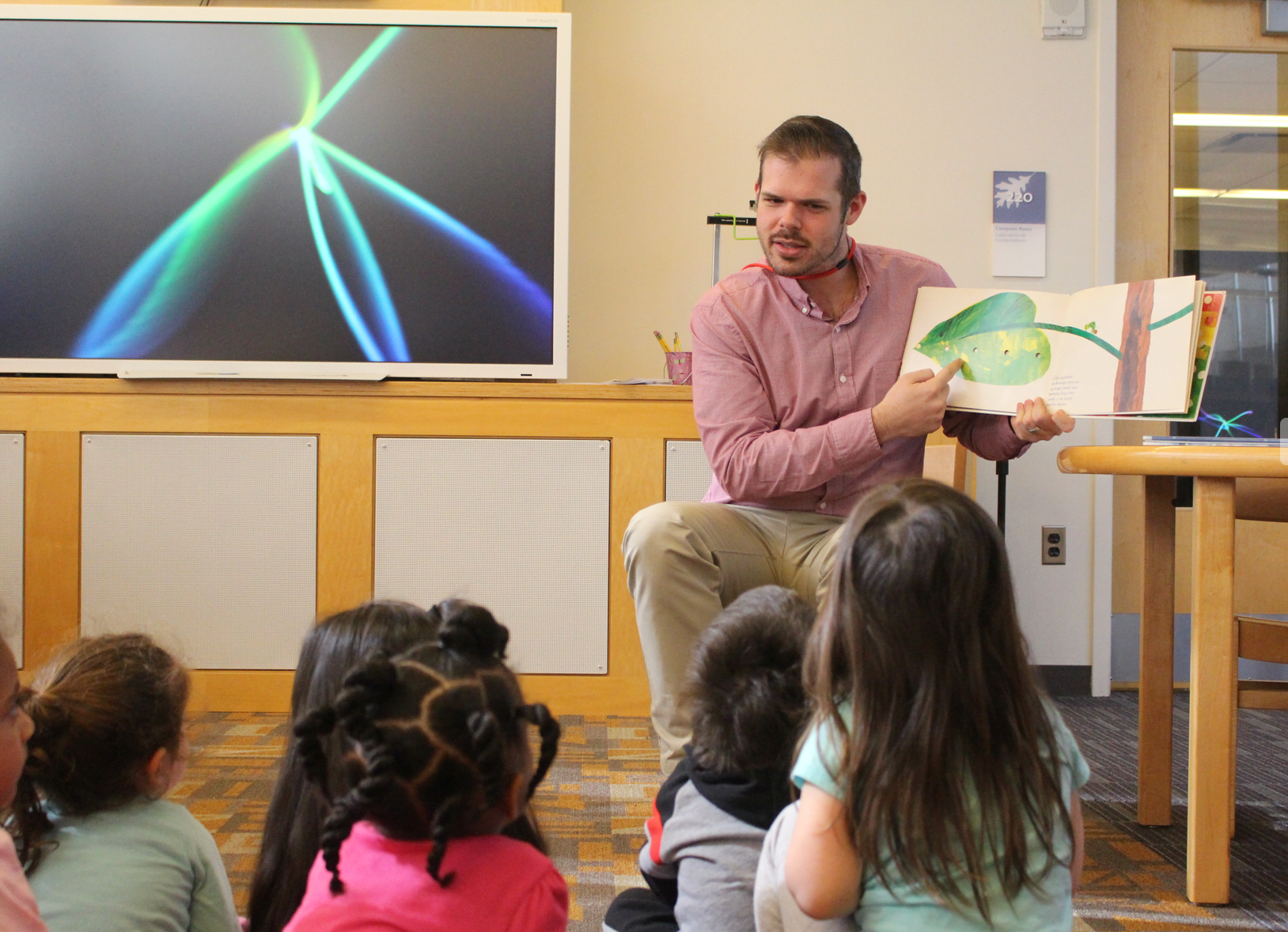 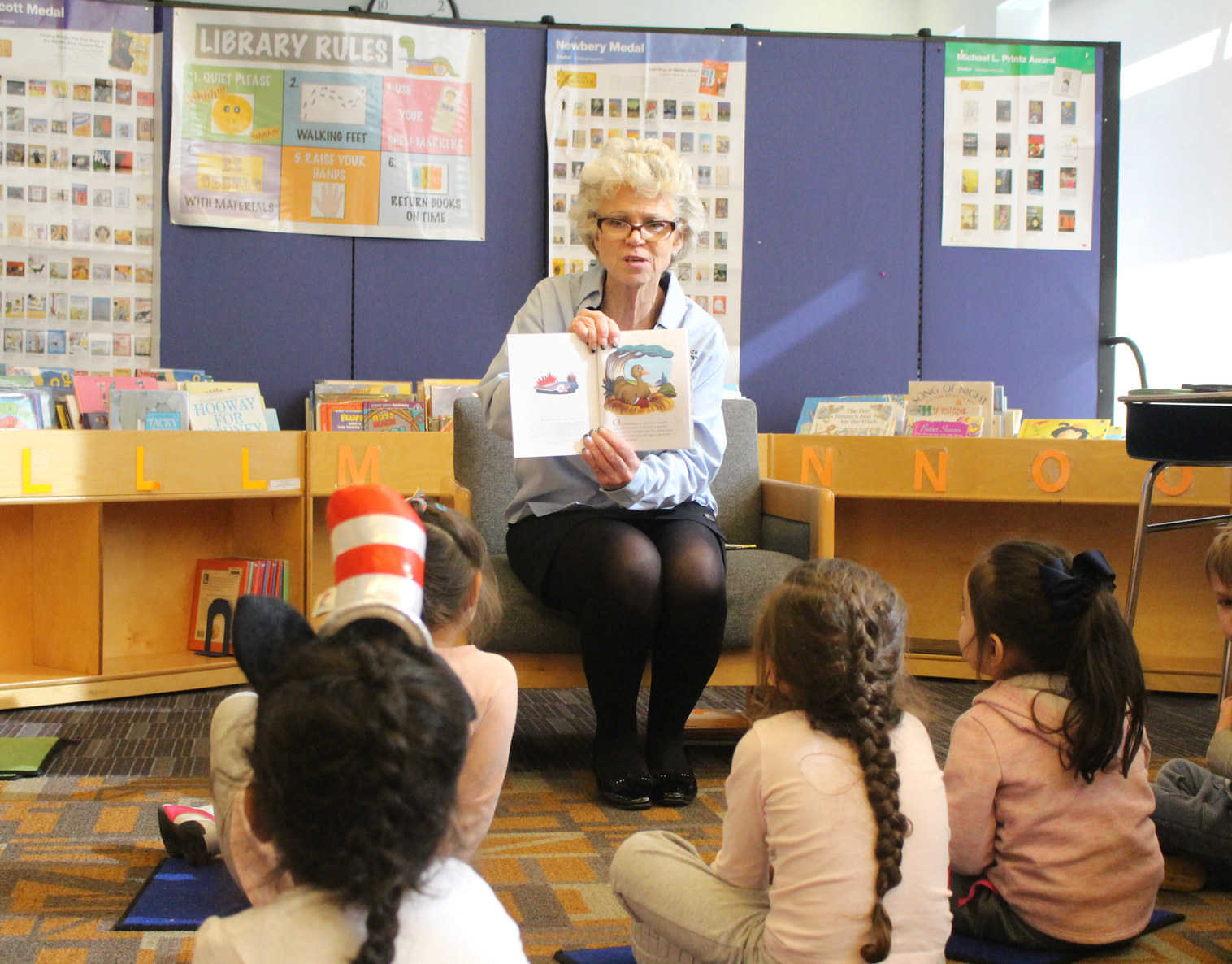 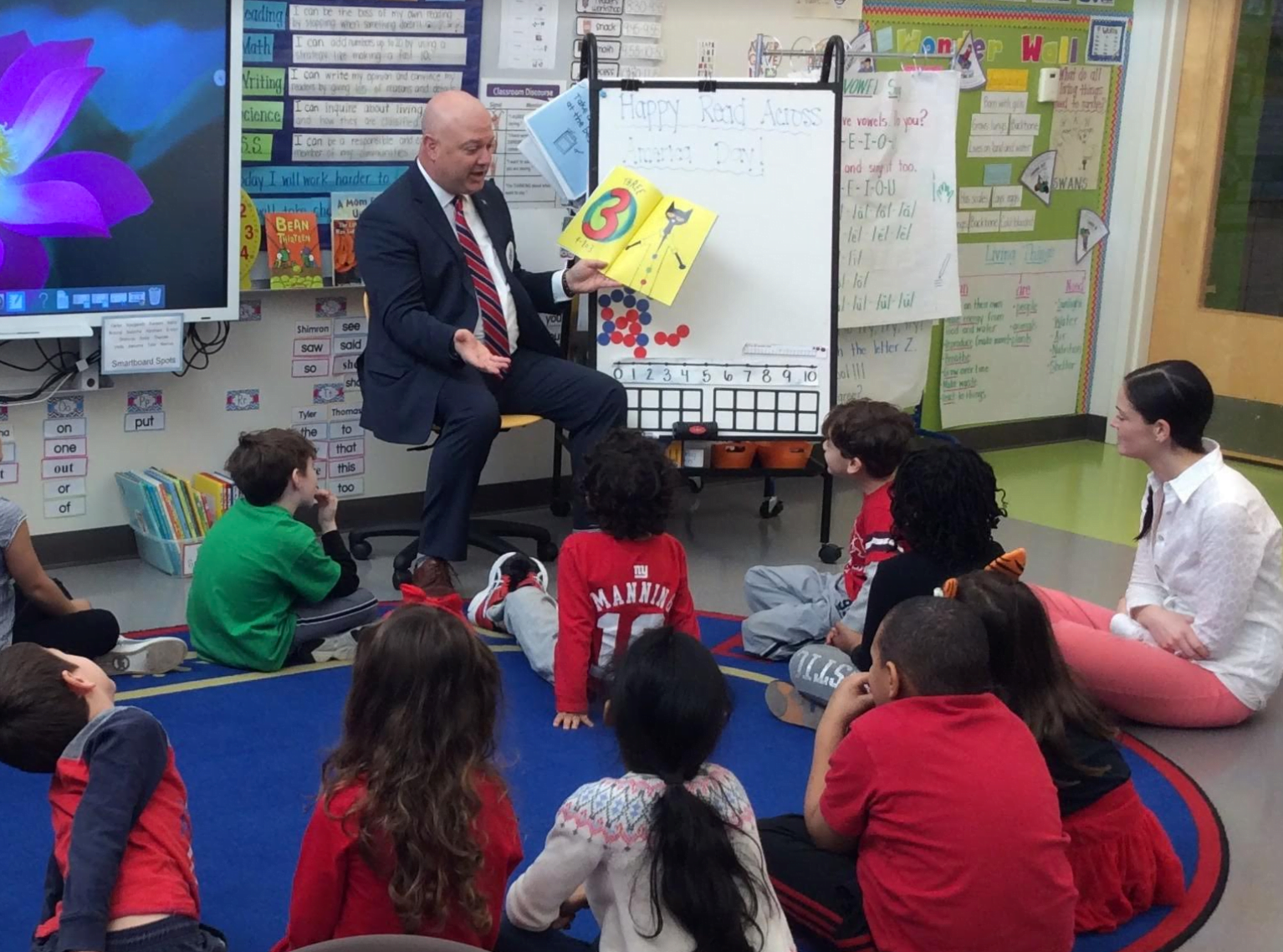