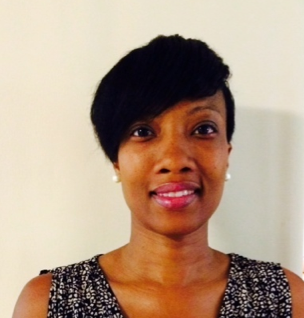 In this role, Ms. Johnson will lead the Human Resources function for Greenwich Public Schools, which includes: staff management, employee and labor relations, and recruitment and retention of employees, among other responsibilities. Most recently, Ms. Johnson was serving as the Interim Human Resources Director for the District.

“We are thrilled that Shamain will be our next Chief Human Resources Officer. During her time
serving in this position as an Interim, she has provided great leadership within our Human
Resources department and has worked in partnership with our staff and respective unions to
serve the needs of our entire District. She continues to be an asset for our leadership team,”
said Dr. Jones.

“I’m excited to take on this role permanently,” Ms Johnson said. “The employees of our District are our greatest assets and I look forward to continuing my work in service to them.”

Ms Johnson has been with the District since 2014, most recently serving in the central office as Interim Human Resources Director and as Assistant Director of Certified Staff.

Her responsibilities as an Human Resources leader include, designing and implementing a new Human Resources onboarding system, organizing and facilitating the annual new teacher orientation, partnering with school administrators on staff recruiting, and training and support for the teacher evaluation system.

Prior to joining Greenwich Public Schools in 2014, Ms Johnson served as an Assistant Principal and Early Learning Services Coordinator for Stratford Public Schools, and she’s held numerous other roles in Special Education and Reading/Math Instruction within several Connecticut school districts, including Bridgeport and Stamford.

She holds a Bachelor of Science degree in Special Education, a Masters in Learning Disabilities and a Sixth Year Professional Diploma in Educational Leadership, all of which were earned at Southern Connecticut State University.