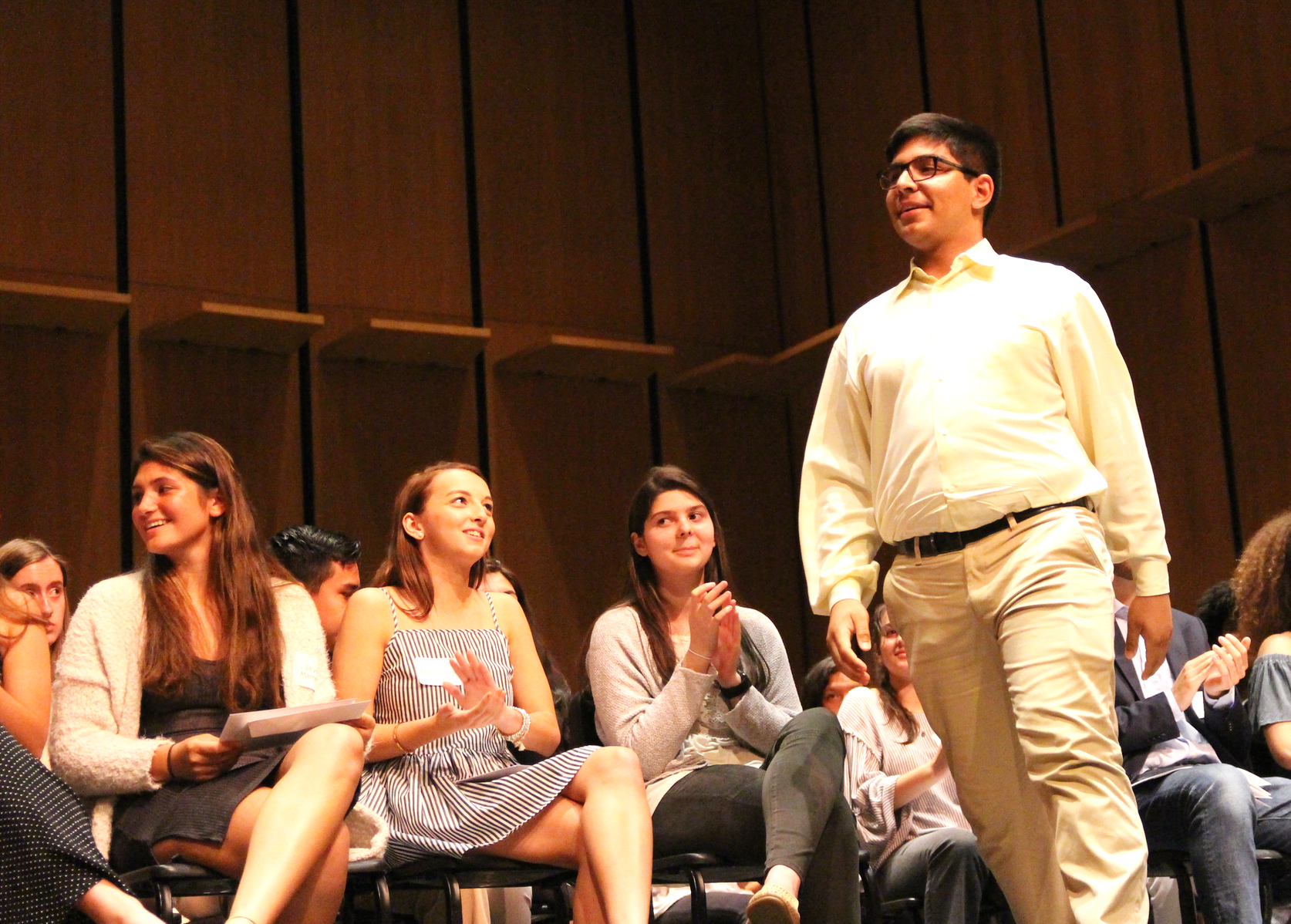 First Selectman Peter Tesei presented the award on behalf of the Greenwich RTC.

Felipe Sanches, the recipient of this year’s award, will be attending the University of Connecticut as a pre-med student in the fall.

As a first-generation American Felipe has demonstrated academic excellence and a spirit of volunteerism throughout his time in the Greenwich public school system.

“To many, the American dream is gaining wealth and power…, but for a first-generation American, the son of Brazilian immigrants, my American dream [is] about being able to see someone you love assimilate into the American culture and be able to share in the amazing opportunities that this great nation has to offer,” Felipe said in a release from RTC. Felipe is determined to attain “all my goals of achieving a college education.”

The James L. Branca Republican Town Committee Memorial Scholarship was established in memory of the late James L. Branca, who, served as the Republican Tax Collector for the Town of Greenwich for 24 years. He was also Chairman of the Greenwich Housing Authority and a Charter member of the
Greenwich Old Timers Association.

The Greenwich RTC has been a participating sponsor of this scholarship through the Greenwich Scholarship Association for the past eighteen years. Anyone wishing to donate to the James L. Branca Scholarship fund can send a contribution to: GSA – P.O.4627 -Greenwich CT 06831. Contributions are tax deductible.

The Greenwich Republican Town Committee is an integral part of the Greenwich CT community with members and associates who are committed to a fiscally-sound economic policy that promotes, among other things, an efficient government and spirit of volunteerism that serves all the people of Greenwich without encumbering future generations, encourages responsible stewardship of our precious resources and supports educational excellence, by supporting initiatives that improve the skills of all of our students, regardless of their abilities.

To learn more about the Greenwich Republican Town Committee, please visit www.greenwichrtc.com or follow us on Facebook at GreenwichRTC.