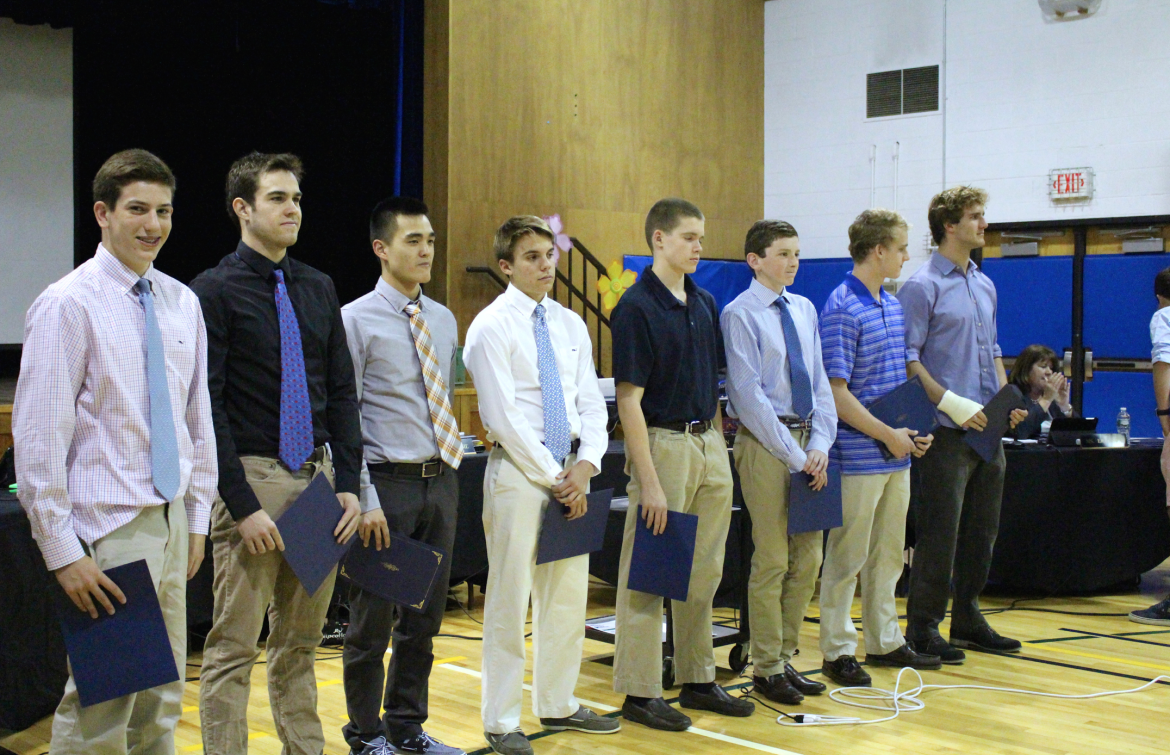 Members of the GHS boys swim team, who won the State LL and State Open Championships by an unprecedented margin of nearly 350 points, were recognized at the May Board of Education meeting. This year the team established new school, meet and state records. Also, their times and diving scores earned recognition in ten of twelve events in the meet program. 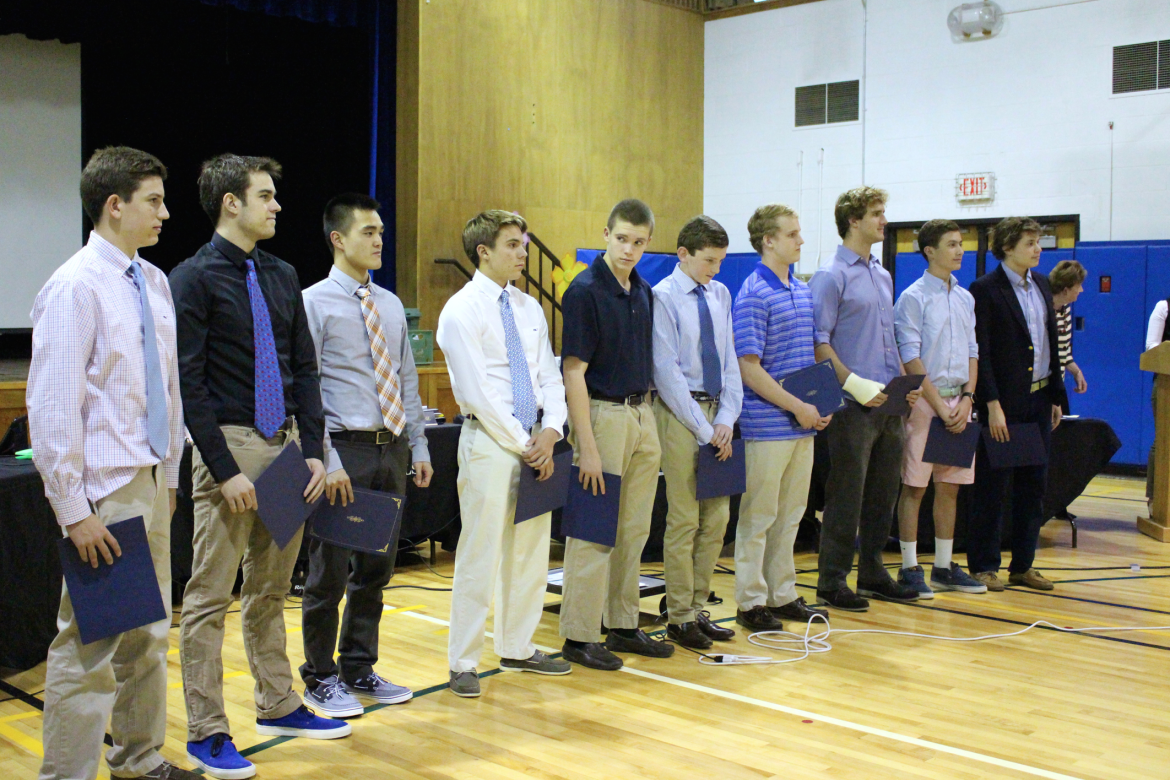