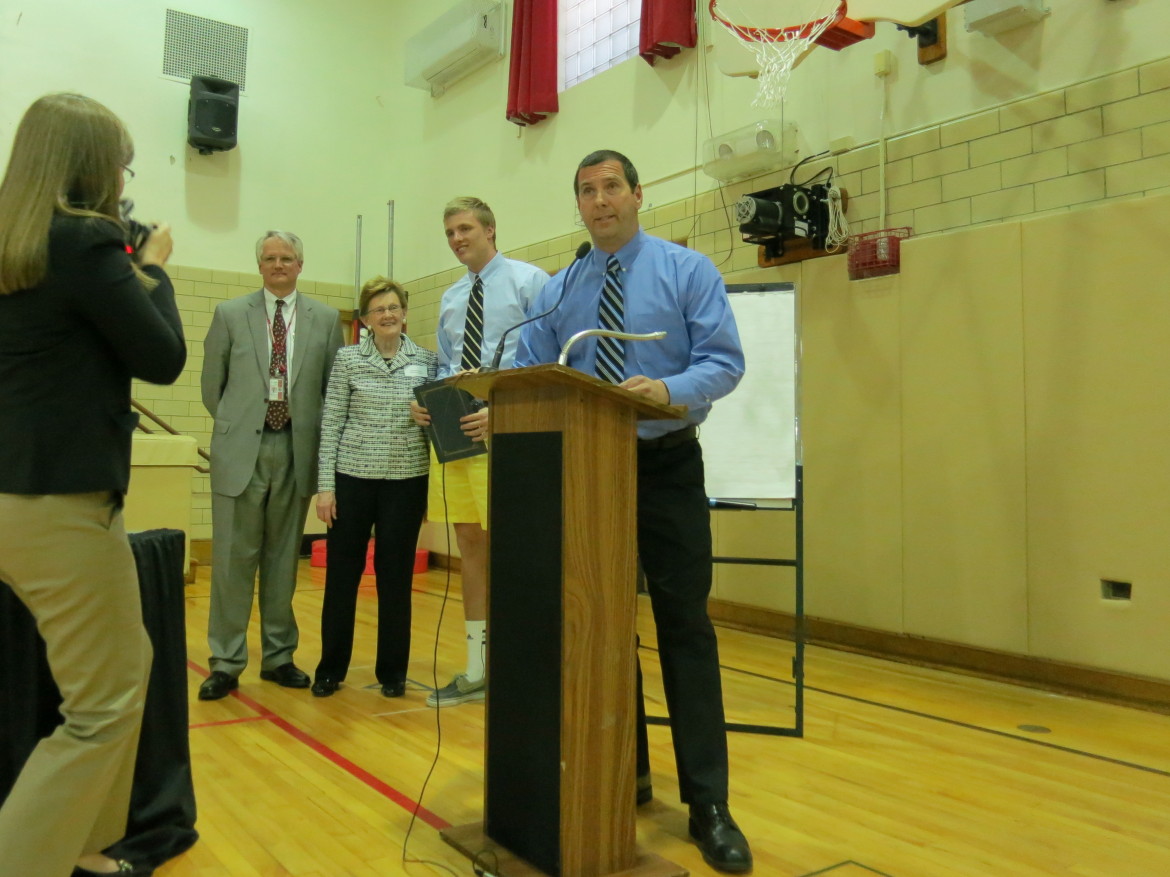 “You’re a tough act to follow,” McKersie said of GHS’s Alex Wolf, adding that the 6-10″ basketball player plans to attend Dartmouth in the fall.

Wolf led the GHS basketball team to its best ever season, with the Cards finishing 24-3. They were the runner-up in the FCIAC championship and reached the Class LL semifinals for the first time.