Greenwich High school is once again preparing for the highly anticipated Senior-run performance, Standing Room Only.

The production which runs Thursday, March 9 through Saturday, March 11 in the school’s new performing arts center, is completely composed and executed by the cooperation of the entire class of 2017.

Lynda Carroll has been a teacher at GHS for several of years and has witnessed the show many times.

“SRO creates a remarkable camaraderie among the seniors, especially for those who don’t get to spend time with one another,” she said.

SRO  not only serves as a major fundraiser for senior prom, but is a way for final-year students to create some last memorable moments as a class. All seniors have the chance to join the show no matter their strengths. 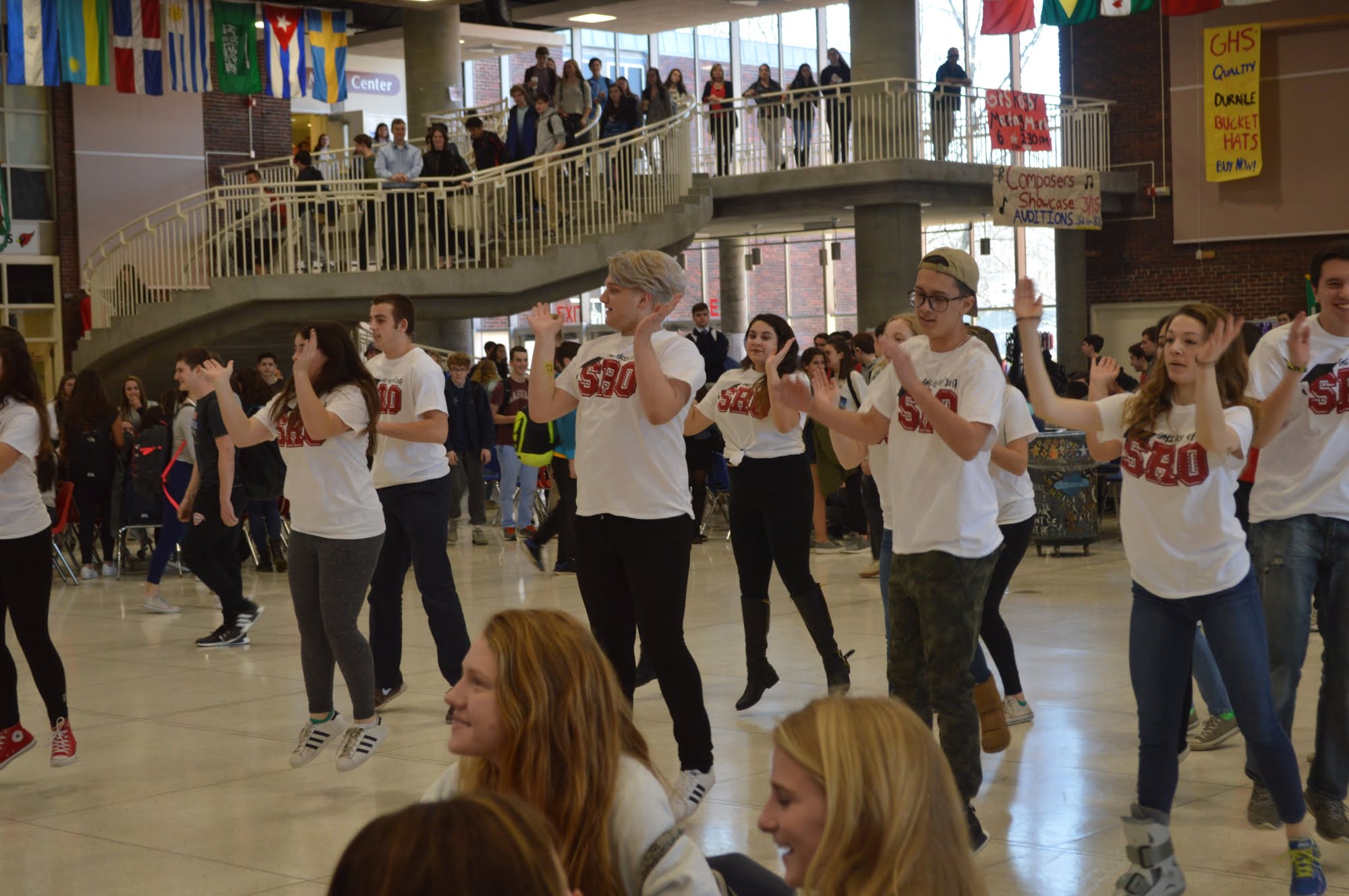 Seniors enjoy themselves during a flash mob in the student center to promote the show. Photo: Julia Moch

Students put a modern twist on a talent show filled with skits, group dances, and “a few more surprises that are in store.” Over 100 members attend rehearsal each day to practice their acts.

“I really like the two couples dances,” said Lizzie Burnett. “It gives me a chance to let out my inner Beyonce. It’s so much fun!” 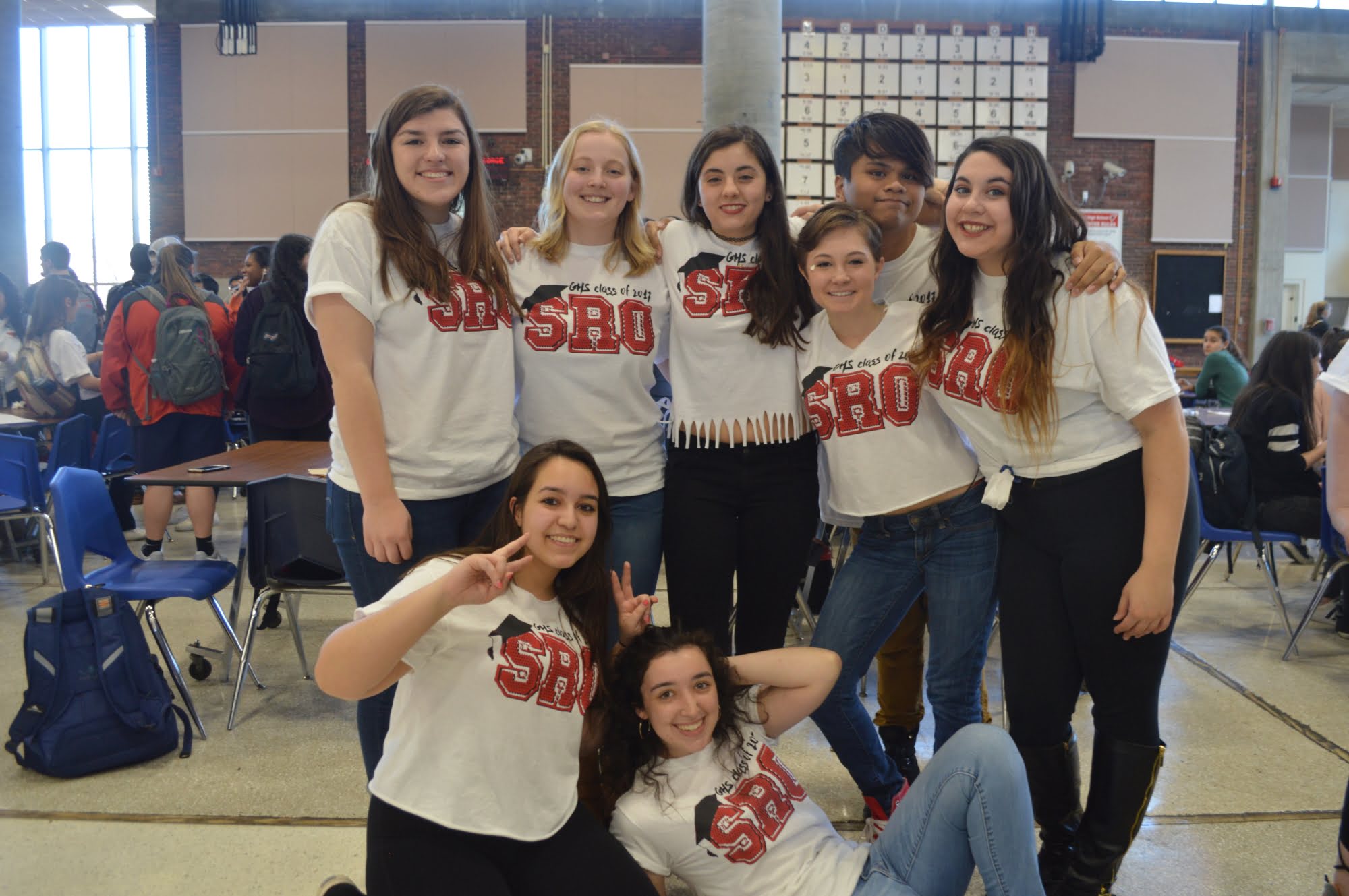 Co-chair Caroline Silver has been working for countless weeks along with other students on the performance to ensure not only the audience, but performers have a blast.

“SRO is worth seeing this year because it has been a senior tradition at Greenwich High School for a very long time,” she said. “This year is extra special because we have had the chance to take all the crazy events of senior year and put our own spin on it. “ 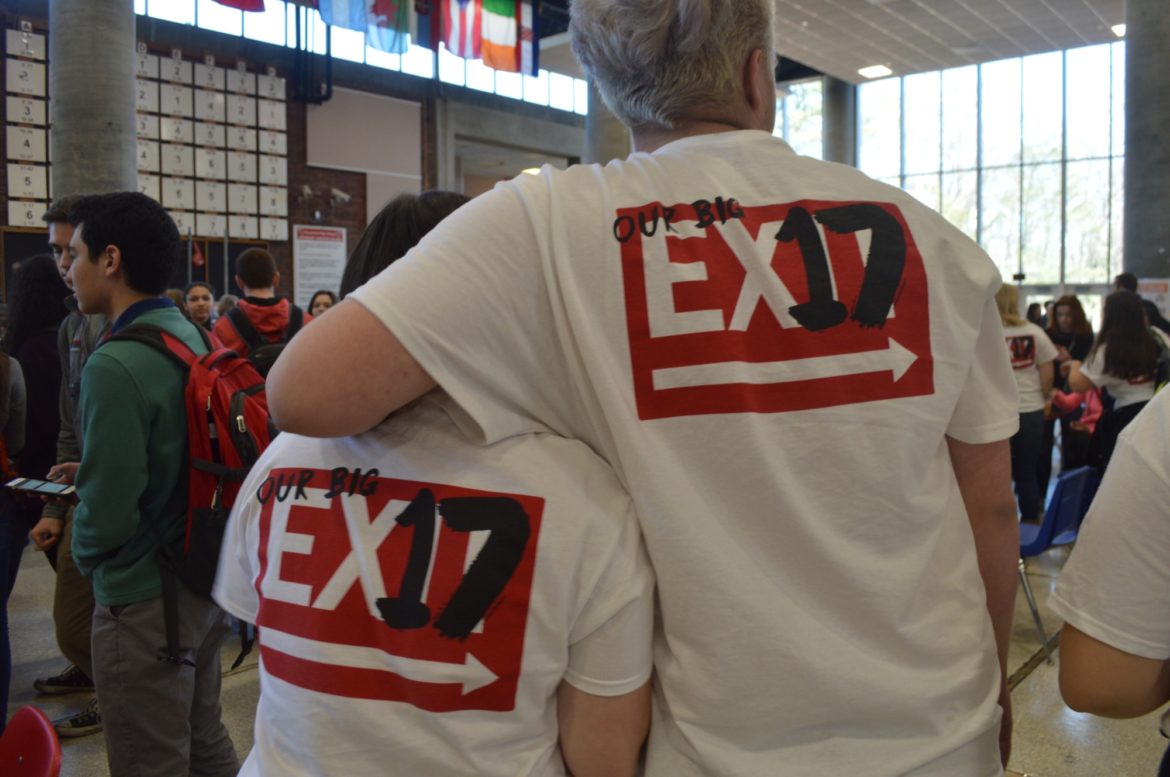 Two of the four SRO co-chairs show off their logo design for the show. Photo: Julia Moch

If you would like to be a part of the senior’s “BIG EX17”, tickets are on sale for $15 in the Student Center, at the door, and online through MySchoolBucks.

Performances are running in the Performing Arts Center (PAC) starting at 7:00 pm.

Make sure to bring a student ID with you on Thursday for $5 off.