Chief Heavey said that initially there were several hundred candidates. At one point the list was narrowed down and candidates had interviews once they had preliminary background checks. From there they went to more in depth back check, polygraph, psychological exam, physical exam. He said the new officers will graduate from Connecticut police academy in about six months. Before they are allowed to go out alone on patrol, they will spend about twelve weeks with a senior officer testing them and training them.

Police Commissioner Peter Tesei said that while Greenwich may have a  reputation as being like Mayberry, “Greenwich is a cosmopolitan sub-urban community with significant challenges one might not expect,” he said. “We depend upon our police women and men to protect us and they do an astounding job.”

Ms. Su Ah Sor received a BA with a major in Sociology and Women’s Studies.

Prior to becoming a police officer, she was an adult probation officer for the state of Connecticut Judicial branch, where she supervised a caseload of high risk women offenders.

Prior to that she was a case manager with a caseload of over 50 people referred for treatment by the courts. As an intern she taught English as a second language and basic life skills to immigrant women who had recently immigrated to the UK from India, Bangladesh and China. She is certified to train  in many areas including women at high risk and needs assessments. 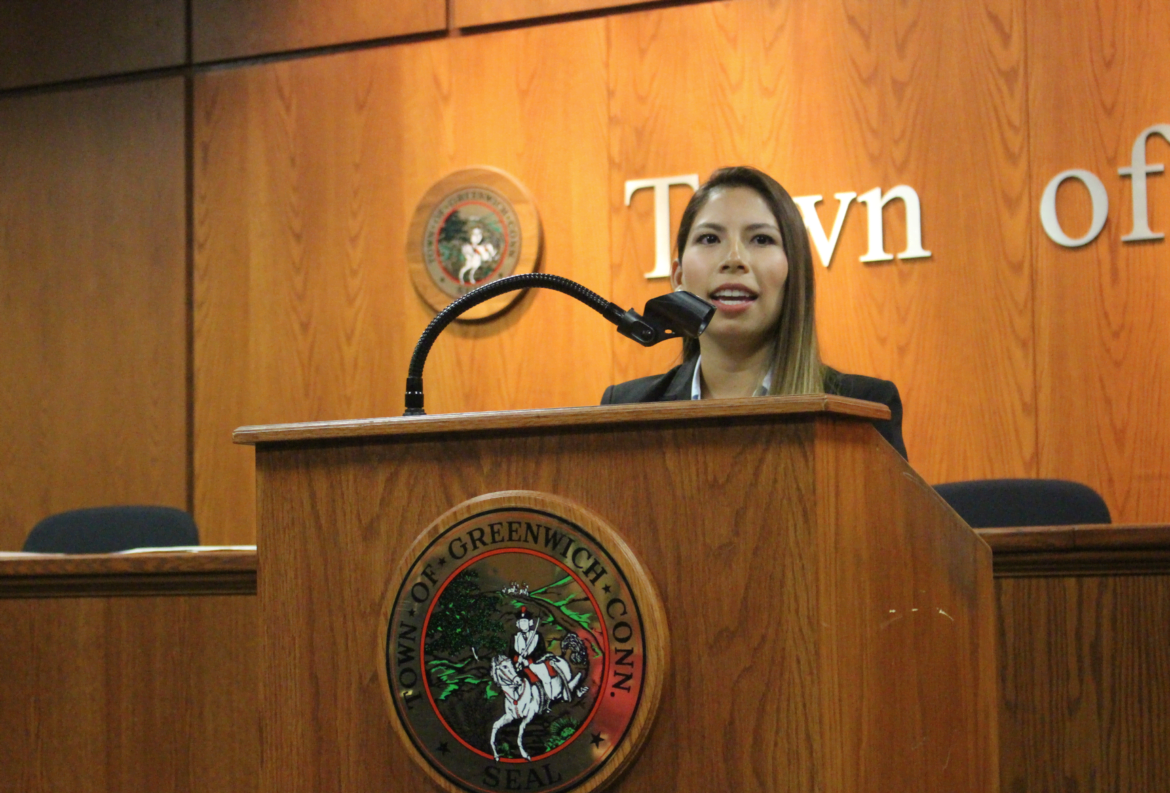 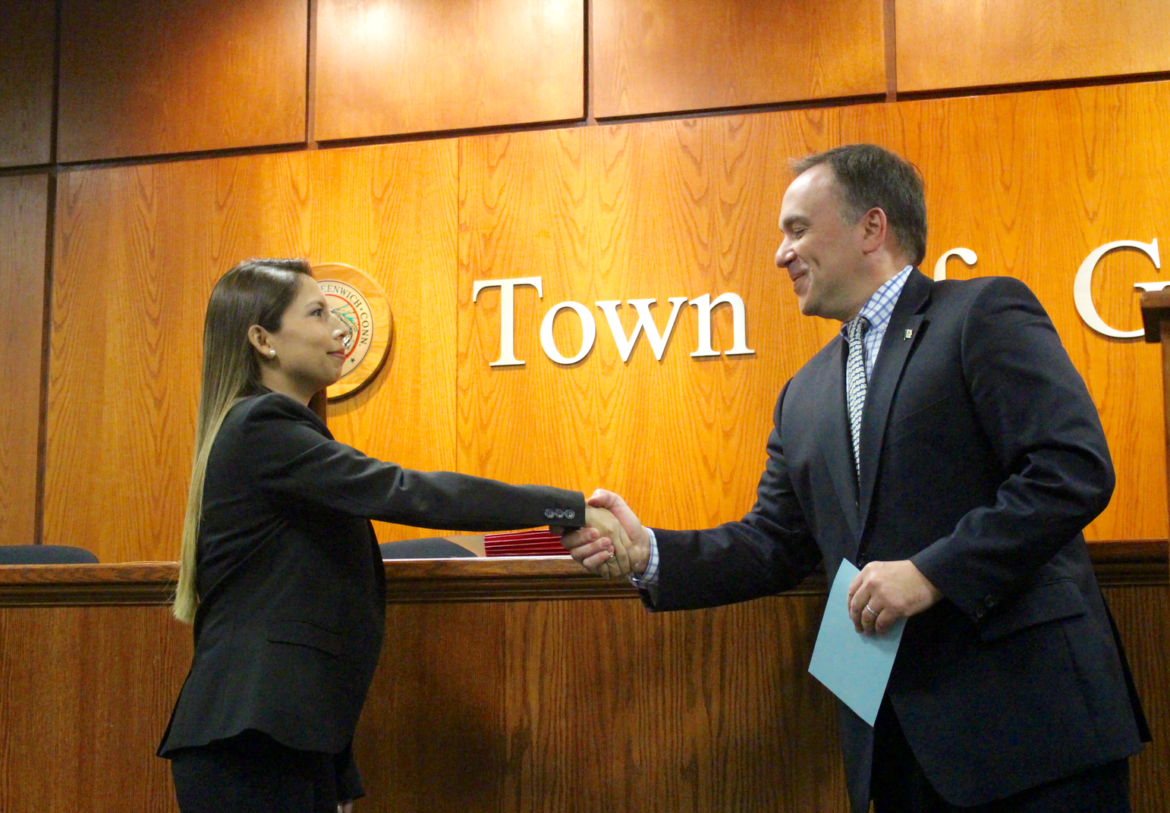 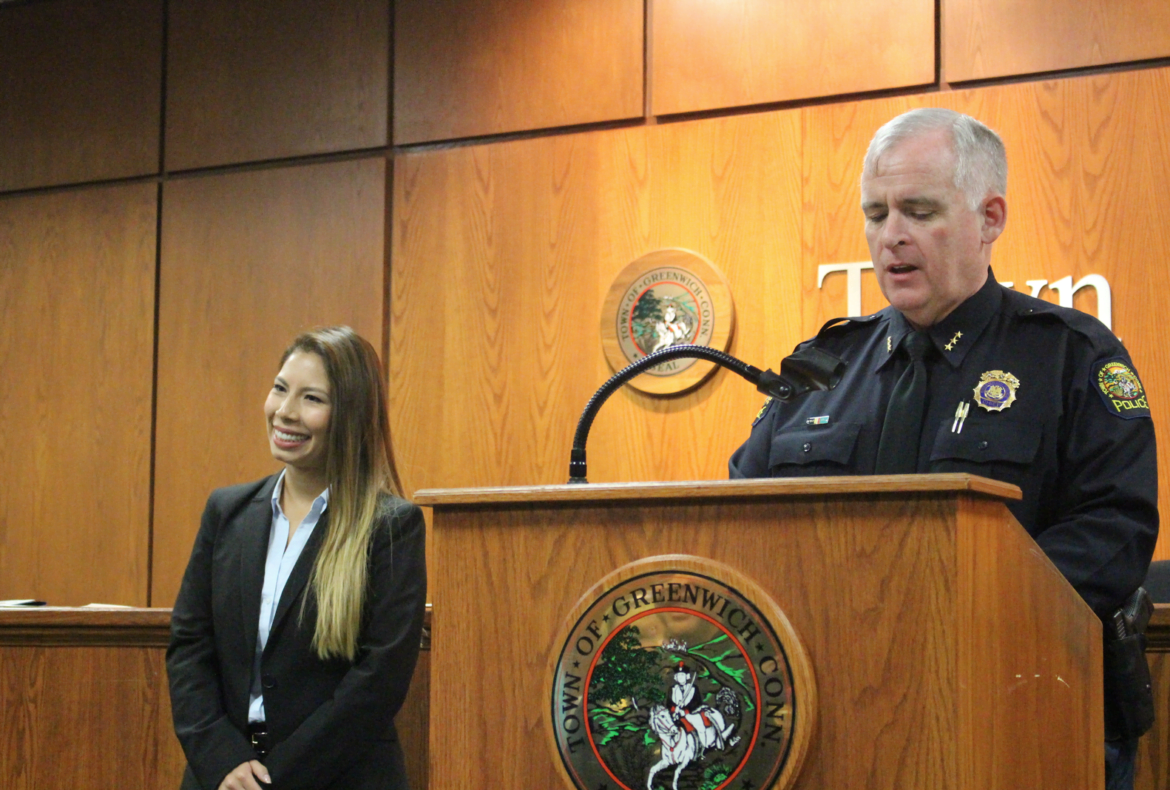 Kevin Izzo graduated St. Joseph’s High School and then graduated from Arcadia University with a bachelor’s degree in Criminal Justice. At school he played lacrosse and football. Before becoming a police officer he worked as a physical therapist aid for Rehabilitation Associates in Fairfield.

His father Joseph Izzo, a Lieutenant in the Westport Fire Dept, was invited to present his son with his badge. 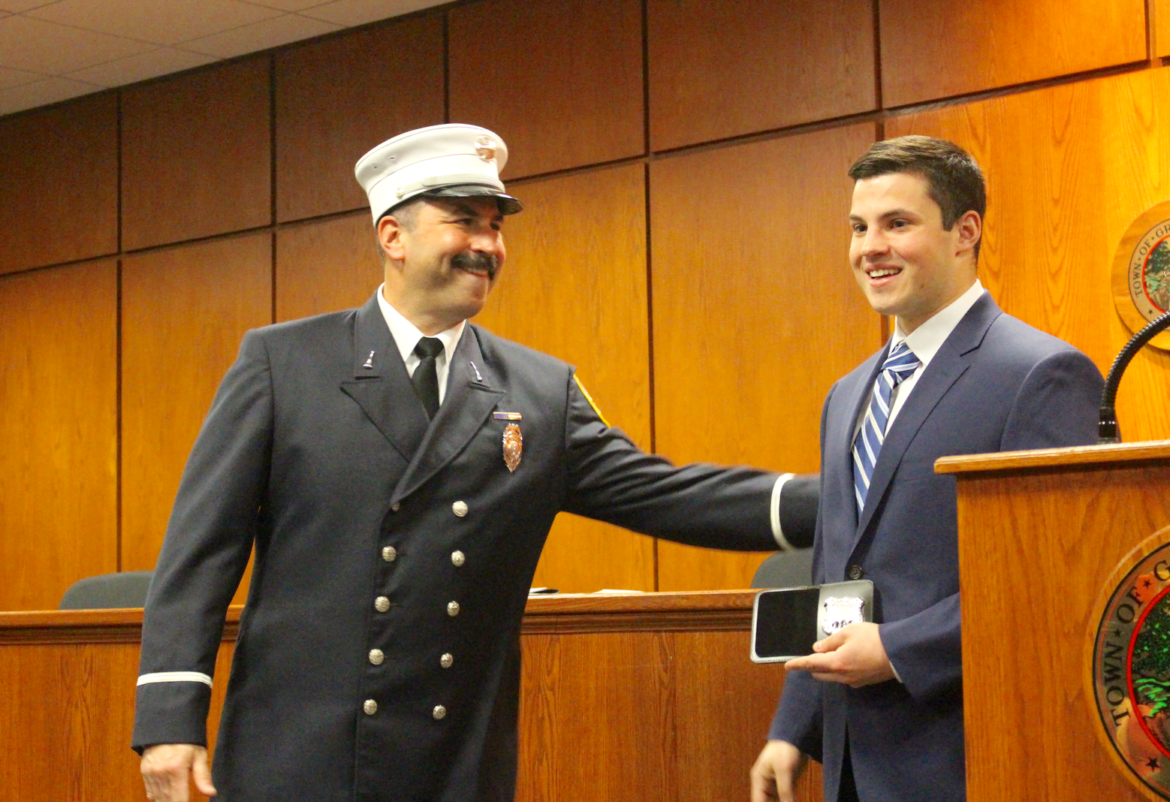 Joseph Izzo, a Lieutenant in the Westport Fire Dept, was invited to present his son Kevin with his badge. Monday, April 3, 2017 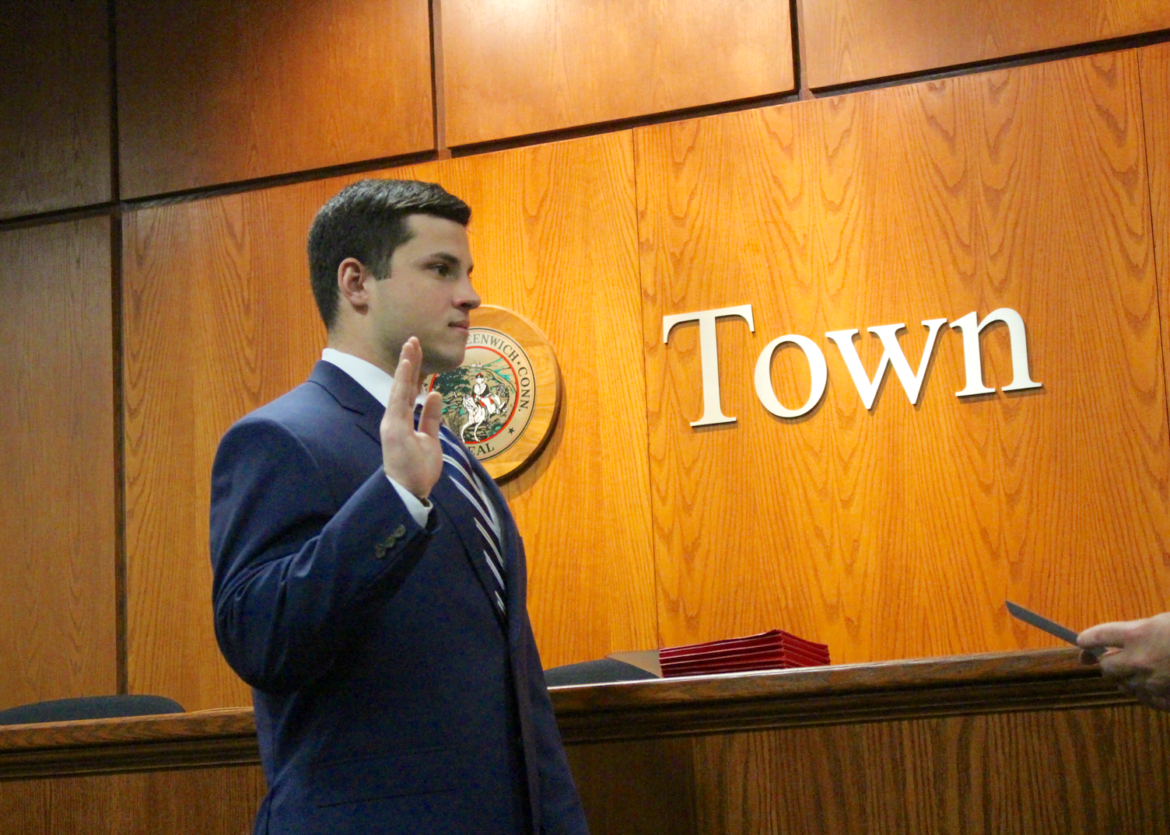 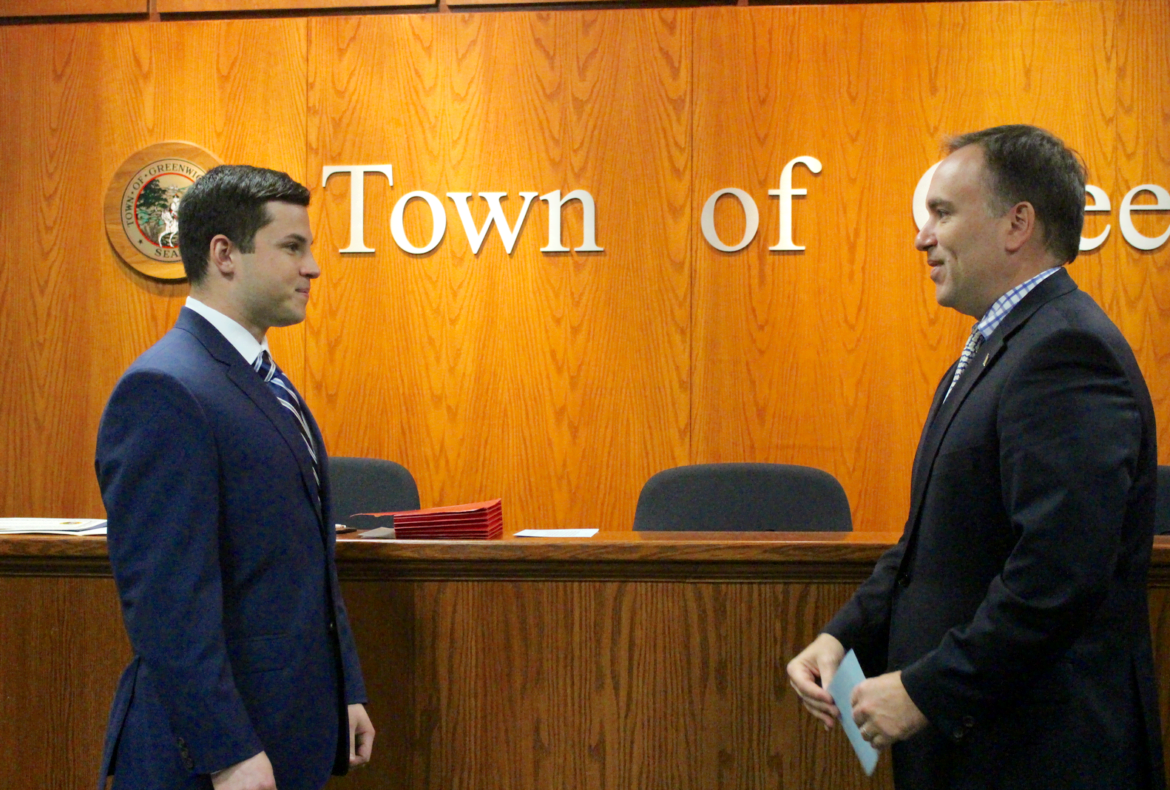