“Ten years ago we had a position created called MPO, Master Police Officer, and that recognized the unique and special qualities of officers assigned to the accident car,” Heavey said.

“Recently we had the opportunity to recognize detectives with title ‘First Grade’ for a number of things, including leadership, mentorship, or investigation of major cases. These are above and beyond requirements,” Heavey said, adding that the Detective First Grade position was the only position he didn’t have as he worked his way up the ranks in the department.

Two detectives were present of the three – Detective William and and Detective Anthony Fiscella.

“Detective first class Mark Solomon is wearing a different hat today,” Heavey said, of Solomon’s absence. “He is vice president of the International Association of Financial Crime Investigators and is in Raleigh at a conference.” 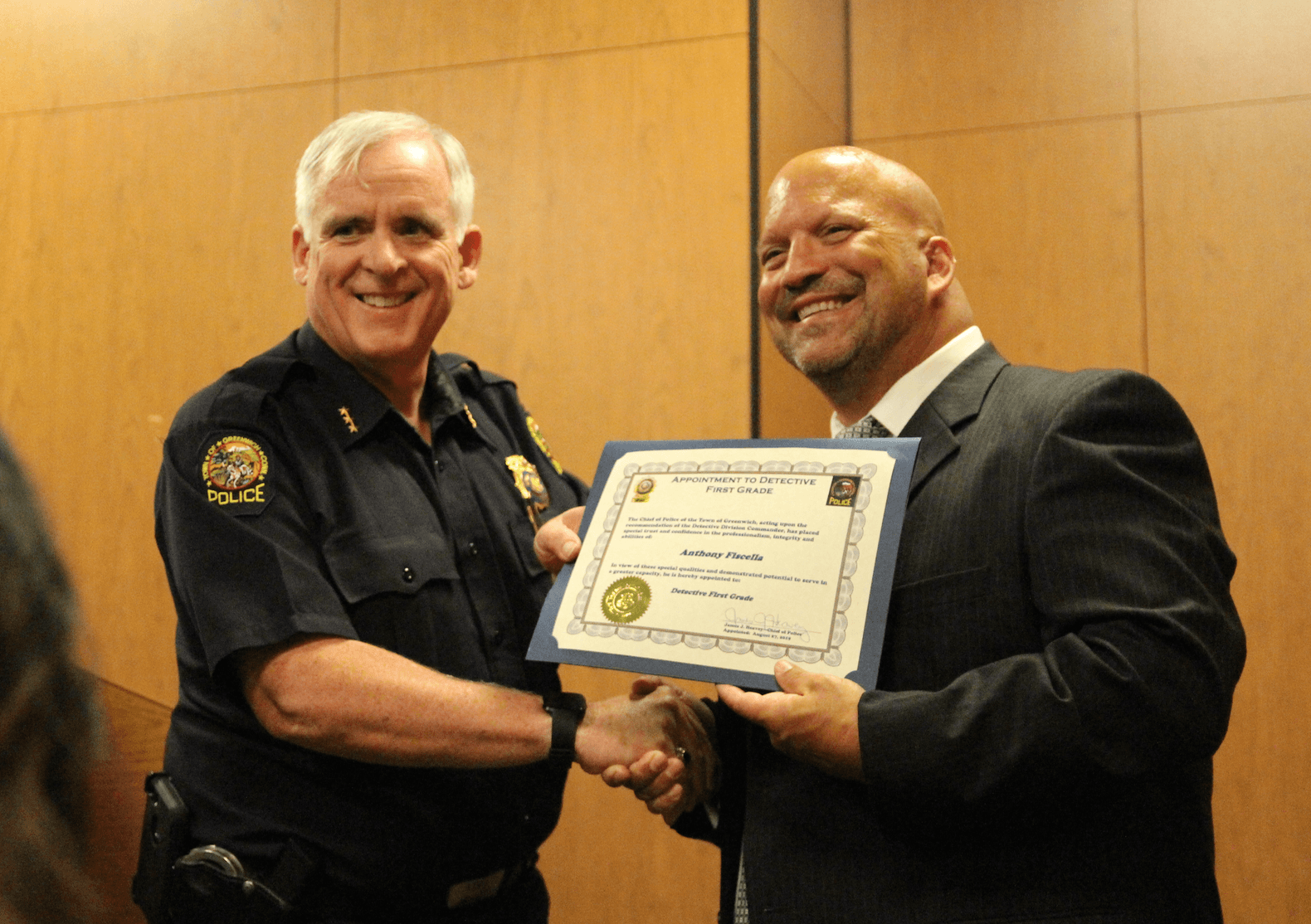 Detective Fiscella, who has been on the job for 30 years, joining the department back in 1989. He has investigated numerous serious incidents including homicides and continues to be the department’s “auto theft guru.”

“This is really outstanding. We have four children and five grandchildren, and this ranks right up there,” Fiscella said adding that one of his sons is a Darien Police Officer. 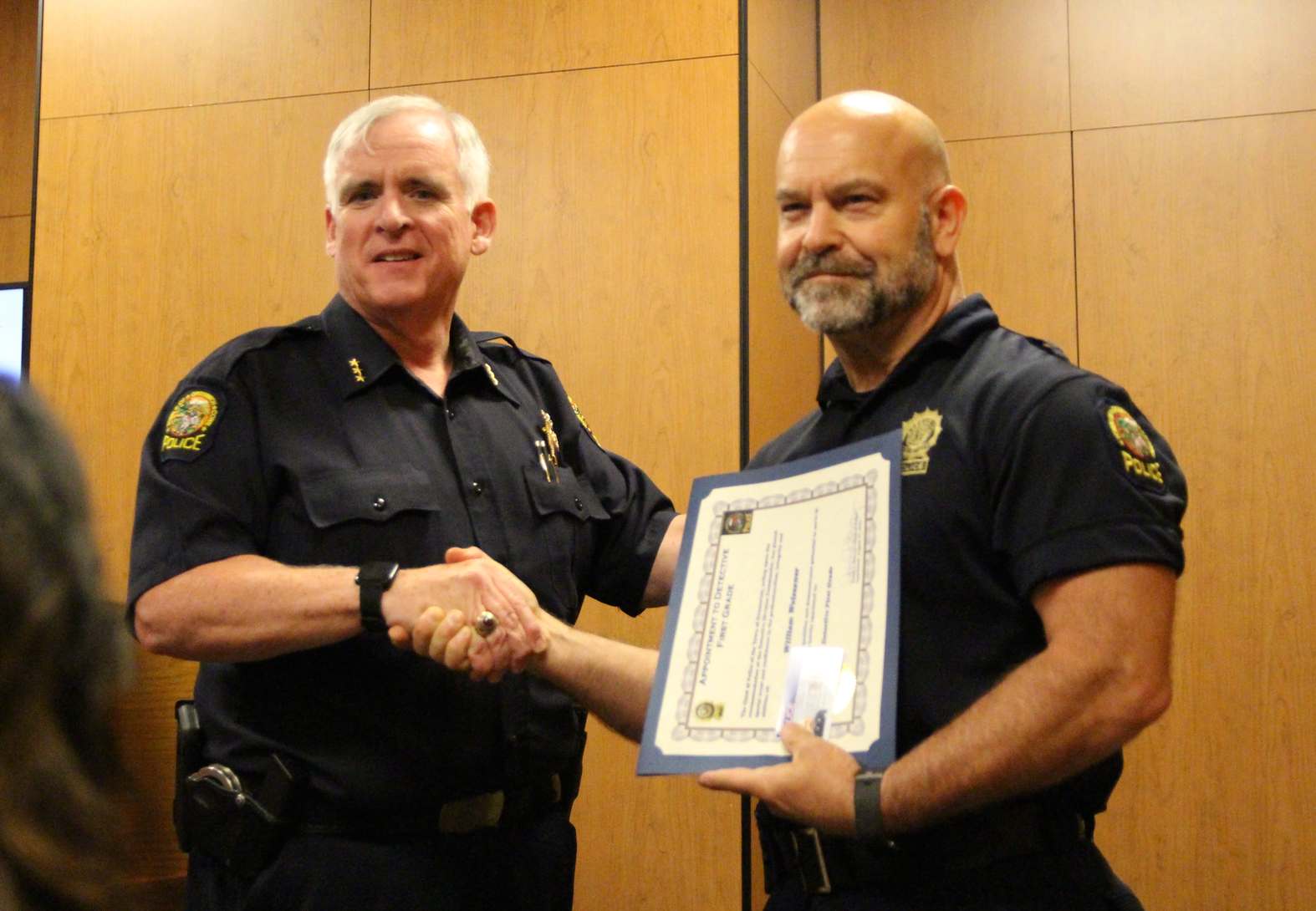 Detective Weissauer was on the other side of the camera on Tuesday, as he is usually taking photos during police promotion ceremonies. One of Weissauer’s previous assignments was to patrol division in Car #45, which Heavey said includes downtown.

“You work out of headquarters and if you get five miles away, you’re lucky. It’s very strenuous because you’re responding to calls constantly.”

Weissauer was appointed detective on Valentine’s Day in 2002.

“When I became a police officer, the Forensics unit was called the ID section and there was tons of stuff piled up on the wall – fingerprints and photographs – they put it in such a safe place so it wouldn’t be lost, but often couldn’t be found either.

Heavey said Weissauer’s organization of Forensics evidence has created the ability for that section to support investigations of serious crimes and facilitate the process of identifying people.

“When I go law day (with attorneys), I get the comment, about how organized Detective Weissauer is.”