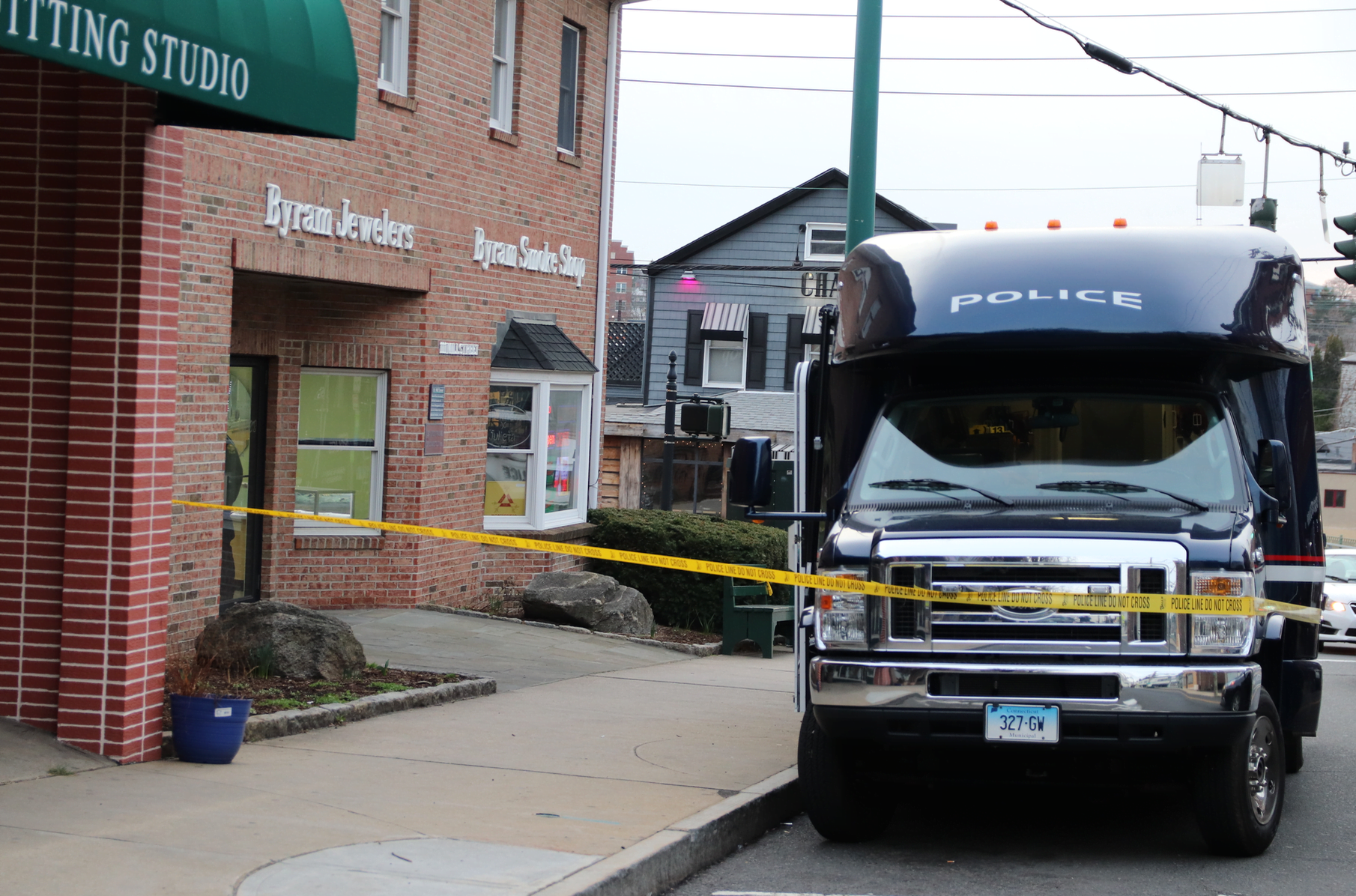 During the March 28 robbery of Marco Jewelers, the owner, Mark Vuono, was found lying on the ground in front of an open safe, shot and killed.

Earlier in the day Thursday Greenwich Police announced the Byram robbery suspect, now identified as Thomas Liberatore, 62, of White Plains, had been taken into custody in New York after a tactical raid involving an FBI SWAT team and Greenwich Police.

During the March 18 robbery in Byram there were no injuries.

Liberatore allegedly brandished a handgun which he used to smash a glass case. 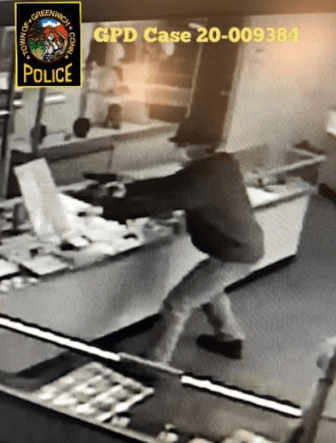 The other two men charged for the Stamford Robbery/Homicide are Robert Rallo, 56, of Brooklyn, NY and Paul Prosano, also known as “Tony Pro,” 59, of Brooklyn.

“We continue to emphasize collaboration in our law enforcement efforts and are proud of all of the detectives and investigators involved in this case,” Heavey said. “Our sincerest condolences go out to the family of Mark Vuono.”

As alleged in court documents, on March 28, 2020, at approximately 2:48 pm, Stamford Police officers responded to Marco Jewelers, located at 16 Sixth Street in Stamford.

When officers arrived, they found evidence of a robbery and found  Mr. Vuono, lying on the ground in front of an open safe.

It is further alleged that investigators collected and analyzed surveillance video from Marco Jewelers, surrounding businesses and Stamford city cameras.

Video obtained from Marco Jewelers revealed that, on March 28, Prosano drove Rallo and Liberatore in a black Jaguar to Marco Jewelers.

Rallo and Liberatore then entered the store.  Rallo, armed with a handgun, engaged in a physical altercation with Vuono, while Liberatore stole items from the display cases.

Vuono, who also possessed a firearm, and Rallo struggled next to a large open safe.  During the struggle, Rallo reached into the safe and pulled out a third firearm, a .357 Magnum revolver.

Rallo subsequently shot and killed Vuono with the .357 revolver.

It is further alleged that, following the robbery, law enforcement located the black Jaguar in Staten Island and maintained surveillance on the vehicle.

On March 30, at approximately 5:30 pm, a black BMW X3, driven by Prosano, pulled up beside the black Jaguar.

Rallo exited the rear door of the BMW and entered the driver’s door of a black Jaguar.  The two vehicles then left the area and rapidly accelerated.

The Jaguar crashed on Tompkins St and Rallo attempted to flee on foot, but was quickly apprehended.

The BMW crashed into a tree and parked car at the intersection of Daniel Low Terrace and Corson Avenue.  Prosano also attempted to flee and was apprehended.

A search of the BMW revealed 63 rings, eight bracelets, two tie pins, an earring and a cuff link, and a search of Prosano’s residence revealed 23 pairs of earrings and three rings.  It is alleged that these items were stolen from Marco Jewelers on March 28.

Liberatore also was arrested on March 30.  It is alleged that prior to the Marco Jewelers robbery, on March 18, 2020, Liberatore drove a Honda Civic he had stolen from a car dealer in Yonkers to Byram Jewelers and entered the store at approximately 4:45pm.

Inside the jewelry store he asked a store employee to show him engagement rings.  He then pointed a pistol at the employee, stole several rings, smashed a display case with his pistol and stole other items before exiting the store.

The federal criminal complaints charge Rallo, Liberatore and Prosano with Hobbs Act Robbery, an offense that carries a maximum term of imprisonment of 20 years.

The defendants have been detained in New York on state parole violation charges, and the arrest warrants issued in this case have been lodged as detainers.

The complaints allege that each defendant has an extensive criminal history and the three men met while serving their respective sentences within the New York State Department of Corrections.

“These three defendants are alleged to have committed a brazen, violent robbery that left an innocent victim dead,” said US Attorney Durham.  “The FBI, Stamford Police, Greenwich Police and our other law enforcement partners have conducted an extraordinary investigation that resulted in the quick apprehension of these three men before they could wreak any additional havoc.  I thank them for their efforts during what has been, due to this pandemic, an especially challenging time for law enforcement.  This investigation is ongoing and, in coordination with our state counterparts, additional charges are expected.”

“This investigation and resulting prosecution is a great example of cooperation between the US Attorney’s Office, Stamford/Norwalk State’s Attorney’s Office, FBI and the Stamford and Greenwich Police Departments,” said Chief State’s Attorney Colangelo.  “We could not have moved as quickly as we did to apprehend the individuals alleged to be responsible for these offenses without the cooperation of all parties working together.”

“Our hearts go out to the victim’s family and our praise to the men and women of the Greenwich and Stamford Police Departments, as well as the NYPD and New York Office of the FBI, for their skill and professionalism throughout this investigation,” said FBI Special Agent in Charge Sundberg.  “It is our expectation that justice will be served through the arrest of these three individuals.”

“We want to acknowledge the cooperation and teamwork of all of the law enforcement agencies involved in this investigation that made these arrests possible,” said Stamford Police Captain Richard Conklin.  “During this crisis within a crisis, which created many logistical obstacles, federal and local agencies worked hand in hand and got this job done.”

US Attorney Durham stressed that a complaint is only a charge and is not evidence of guilt.  Charges are only allegations, and each defendant is presumed innocent unless and until proven guilty beyond a reasonable doubt.

The case is being prosecuted by Assistant U.S. Attorneys Jocelyn Courtney Kaoutzanis and Rahul Kale.