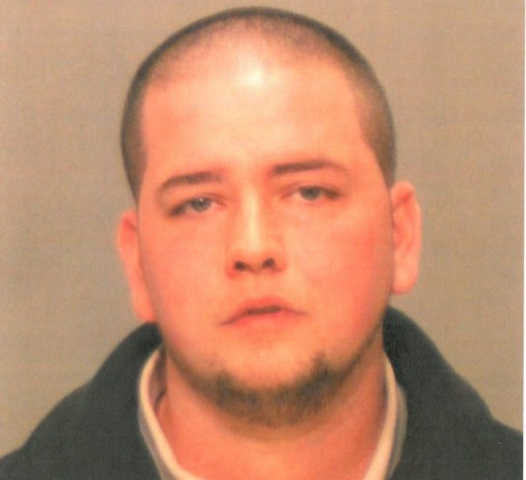 During January, Greenwich Police Narcotics Section received complaints about drug activity at a Byram residence via the anonymous tip line ([email protected]) as well as contacts made through CAPP (Community and Police Partnership) program.

Members of the Narcotics Section conducted hours of surveillance and a suspect was identified. Armed with this evidence, Detectives prepared a Search and Seizure Warrant for a residence of on Church Street West. The warrant was approved by Judge Hudock in Stamford.

On February 13, 2015 at approximately 10:45pm, undercover detectives from the Greenwich Police Department, with the assistance of patrol, were able to successfully distance Christopher Hughes, 28, and Erika L. Rippel, 26, from their residence at 35 West Church Street in Byram. According to police, the couple had a 7-week-old infant and 5-year-old girl in their apartment.

Both Rippel and Hughes exited the residence and were advised of the active Search warrant for their 500 sq ft second floor apartment. The couple cooperated with investigators and lead them upstairs to the apartment, where police reported that investigators were immediately overcome with the distinct and overwhelming odor of fresh and burned marijuana.

Investigators located the 7-week-old sleeping in a baby swing in the kitchen. The five-year-old was sleeping within a second bedroom adjacent to the kitchen.

The search warrant was executed on the residence, resulting in the seizure of packaged marijuana (just under 1 lb,) an amount of US currency, packaging materials, scales and numerous articles of marijuana smoking material.

Investigators determined that the children where in close proximity (3 to 5 feet) away from where the packaged marijuana was eventually found. According to police, while the small apartment it did not appear to be in disarray, there was no place one could stand to avoid the overpowering odor of marijuana that filled the apartment.

Hughes and Rippel were released on a Promise To Appear and scheduled to appear in Stamford Superior Court on Feb. 23.

The Dept. of Children and Families was notified of the arrests.

According to Greenwich Police, it is important to note that the drug transactions were conducted in a residential neighborhood approximately 912 ft from New Lebanon School, and anonymous tips from residents were essential to the safe and successful conclusion of this investigation.

“The information received provided Detectives with the ability to pinpoint times and locations of the activity resulting in these arrests. The assistance made the community a safer place to live,” said Lt. Gray in a release.