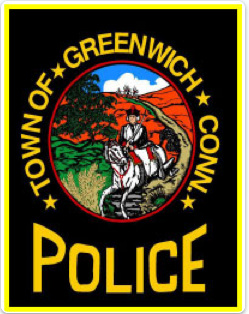 The 7-week program will commence on Tuesday, September 30, 2014 and will meet twice a week 6:30-9:00 p.m. at the Greenwich Police Department on Tuesdays and Thursdays.

Graduation will be held on Thursday November 13, 2014. Completed applications and a motor vehicle operator’s license photocopy must be received at the Greenwich Police Department Community Impact Section no later than Thursday, September 25, 2014.

The Citizen’s Police Academy provides Greenwich residents with a first-hand overview of both law enforcement and community-related functions of their Police Department.
Topics of instruction include:
Instructors for the program are highly-trained and experienced Greenwich Police Officers. In addition to participating in role-playing exercises, attendees will accompany on-duty police personnel within the Marine Division and Patrol. Ride-a-longs are scheduled beyond regular class times. A demonstration at the Police Firing Range will allow recruits to participate in mock scenarios where an officer may or may not have to
fire their weapon.
Applicants must either be a Greenwich resident or employed within the Town of Greenwich and 18 years of age or older. There is no fee for the program; however, the Department requests that applicants be committed to the full seven-week program. The class size is limited to 40 students. Due to the high demand for this course, qualified applicants will be subject to a lottery drawing to determine the final class roster.
A criminal history background check will be performed on all applicants. Accepted recruits will be contacted during the week of September 22, 2014.
Applicants will attend classes as follows:
September 30
October 2, 7, 9, 14, 16, 21, 23, 28, 30
November 4, 6, 10, 13
Click here for link to brochure and application.