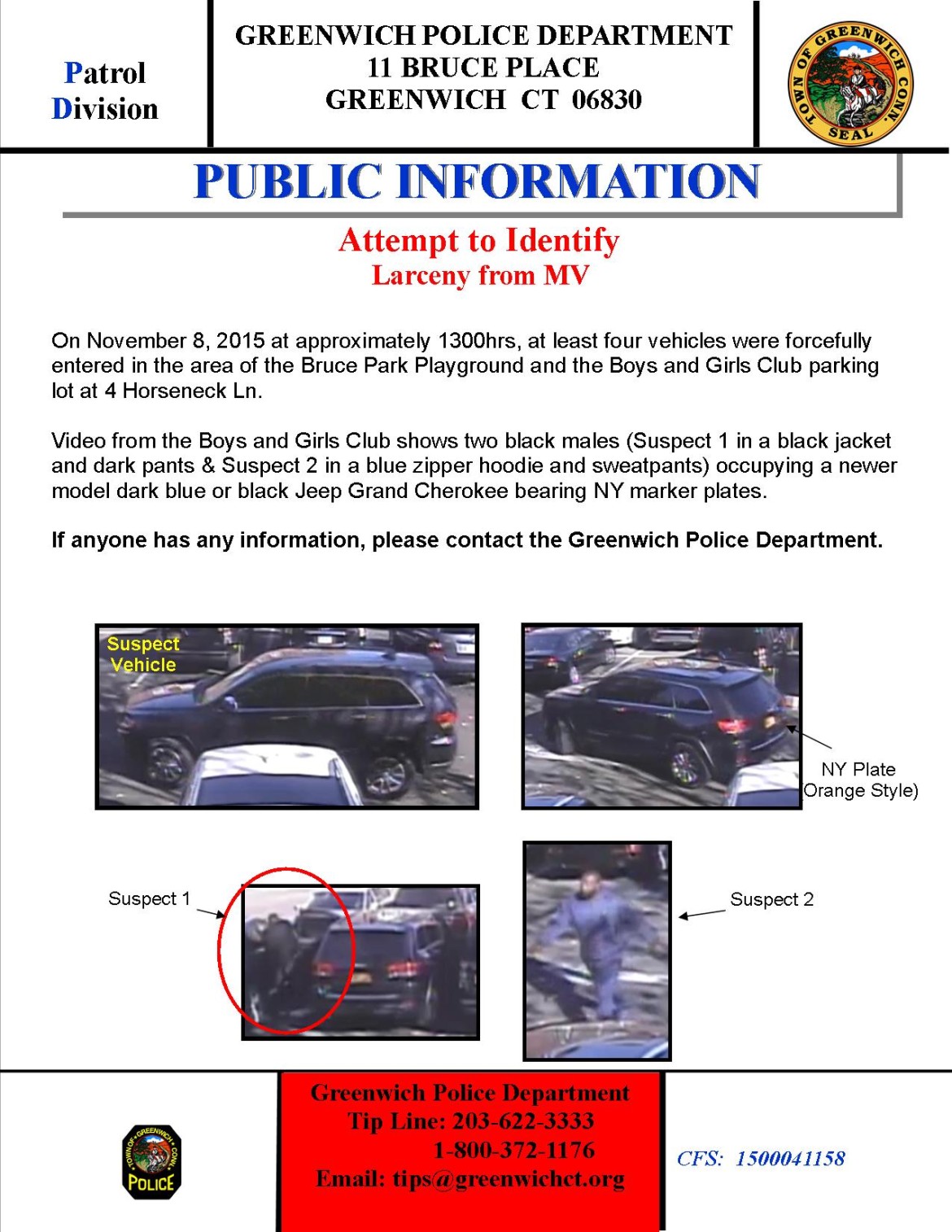 According to Lt. Gray at Greenwich Police Dept, the three cars that were broken into at the Boys & Girls Club lot were an Audi, BMW and a Mercedes. He strongly advises that as the holiday shopping season approaches, and people shop at multiple locations, that they make sure purchases left in the car are not left in plain view and cars remain locked.

According to Lt. John Brown, just up the road, a separate Larceny from a car on the same day was investigated with the possibility the two incidents might be related.

Sometime between 12:30 and 1:05pm on Sunday, a Silver Toyota Venza that was parked by the Bruce Park children’s playground, was also broken into. In that case front passenger side window was smashed and a diaper bag containing a purse and wallet was taken.

On Saturday, Nov. 7,  a third incident of Larceny from a vehicle parked on Old Track Road by Equinox Fitness was discovered to have items missing. According to Greenwich Police, a wallet and laptop were taken from the car on Old Track Road. The incident did not immediately appear to be connected to the Sunday incidents. 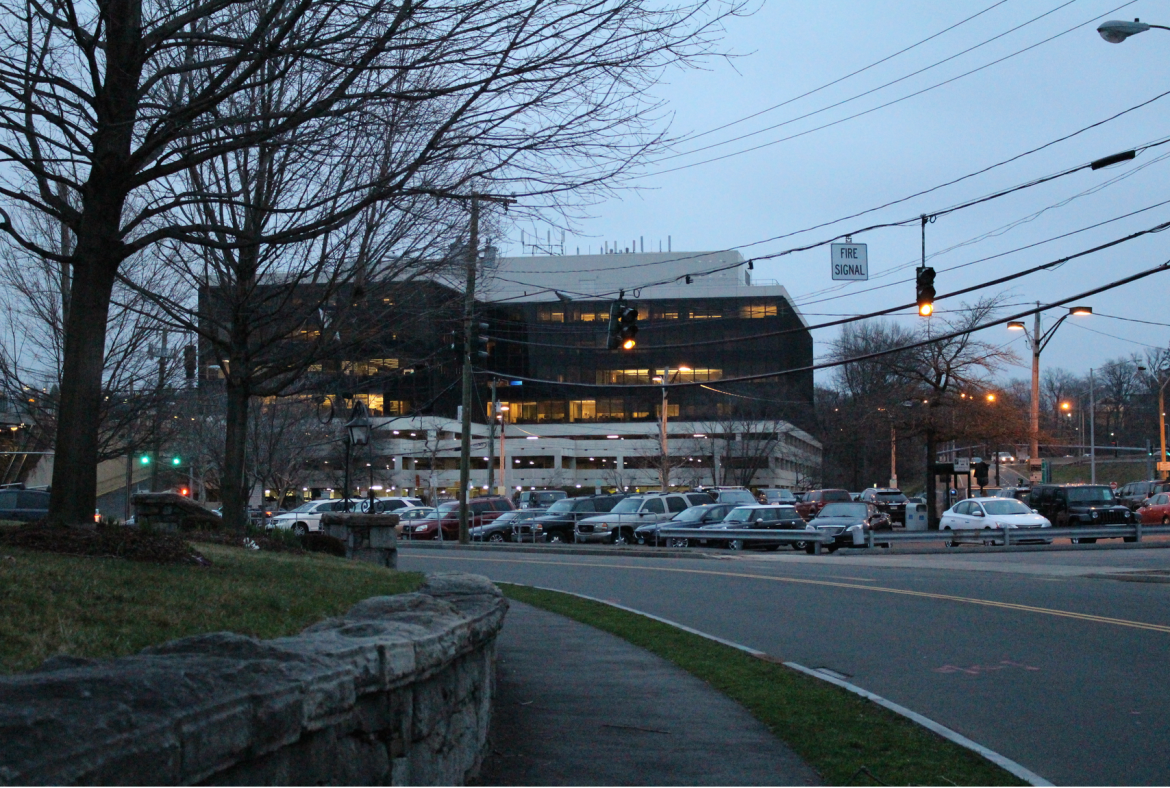 At dusk, the view from Boys and Girls Club. Credit: Leslie Yager