UPDATE: The tally of damaged cars during a Wednesday  lunchtime crash in cos Cob is four. A black Mercedes Benz gl450 had injuries to the rear as a result of the collision.

Original Story: Around 12:20pm, at least three cars were involved in yet another car crash in Greenwich. This time, the crash occurred in Cos Cob on a well known tricky stretch of East Putnam Ave where high school students walk to local eateries for lunch.

According to a construction worker on scene, people dining at Tomatillo had a full view of a blue Honda that had a tire blow out, causing the driver to lose control of her car.

The Honda plowed through a trio of potted Chrysanthemums and crashed into two other cars in front of Tomatillo and Post Road Auto Body Shop on East Putnam Ave.

On Scene at 12:30 were first responders including GEMS, Greenwich Fire Dept and Cos Cob Fire Police Patrol. The woman driving the blue Honda was transported to the hospital by GEMS. 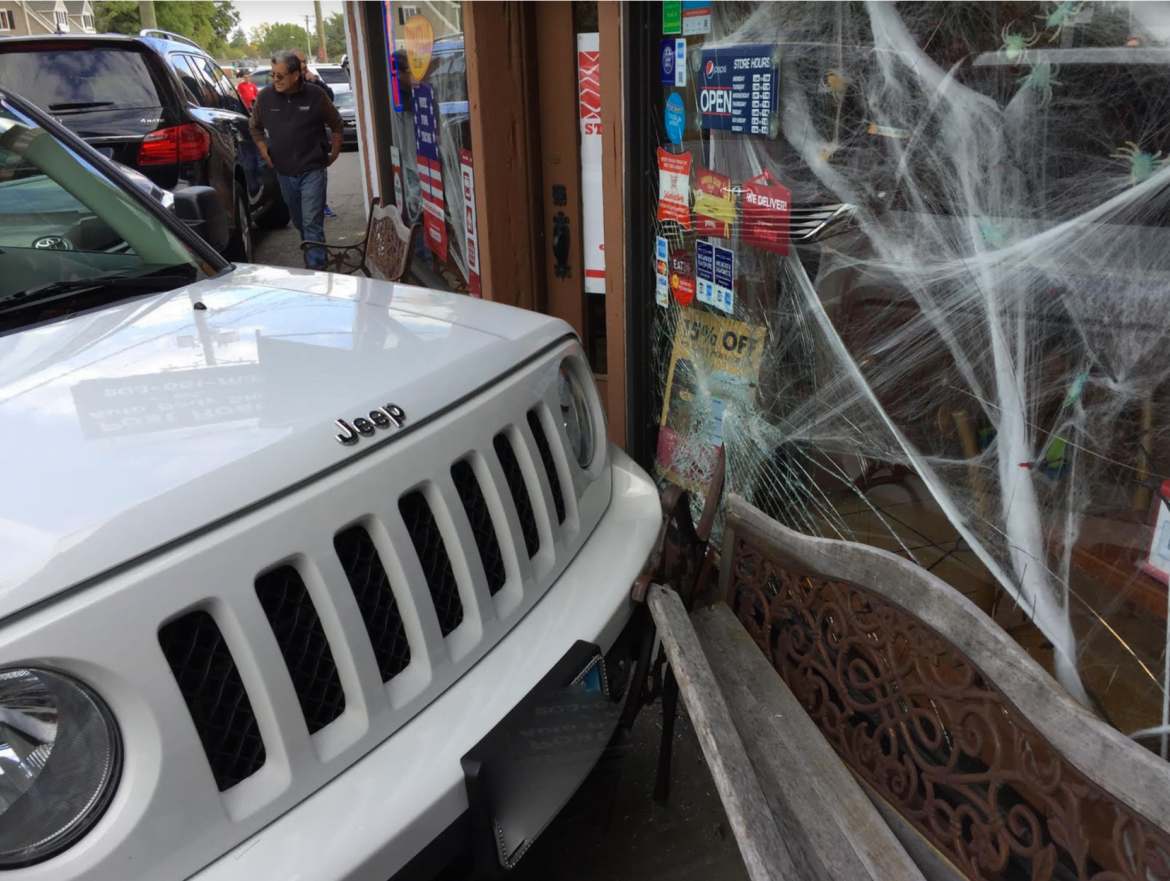 A Jeep shattered the window of Tomatillo after a multi-car crash on Wednesday at lunch time. Oct 12, 2016 Contributed photo 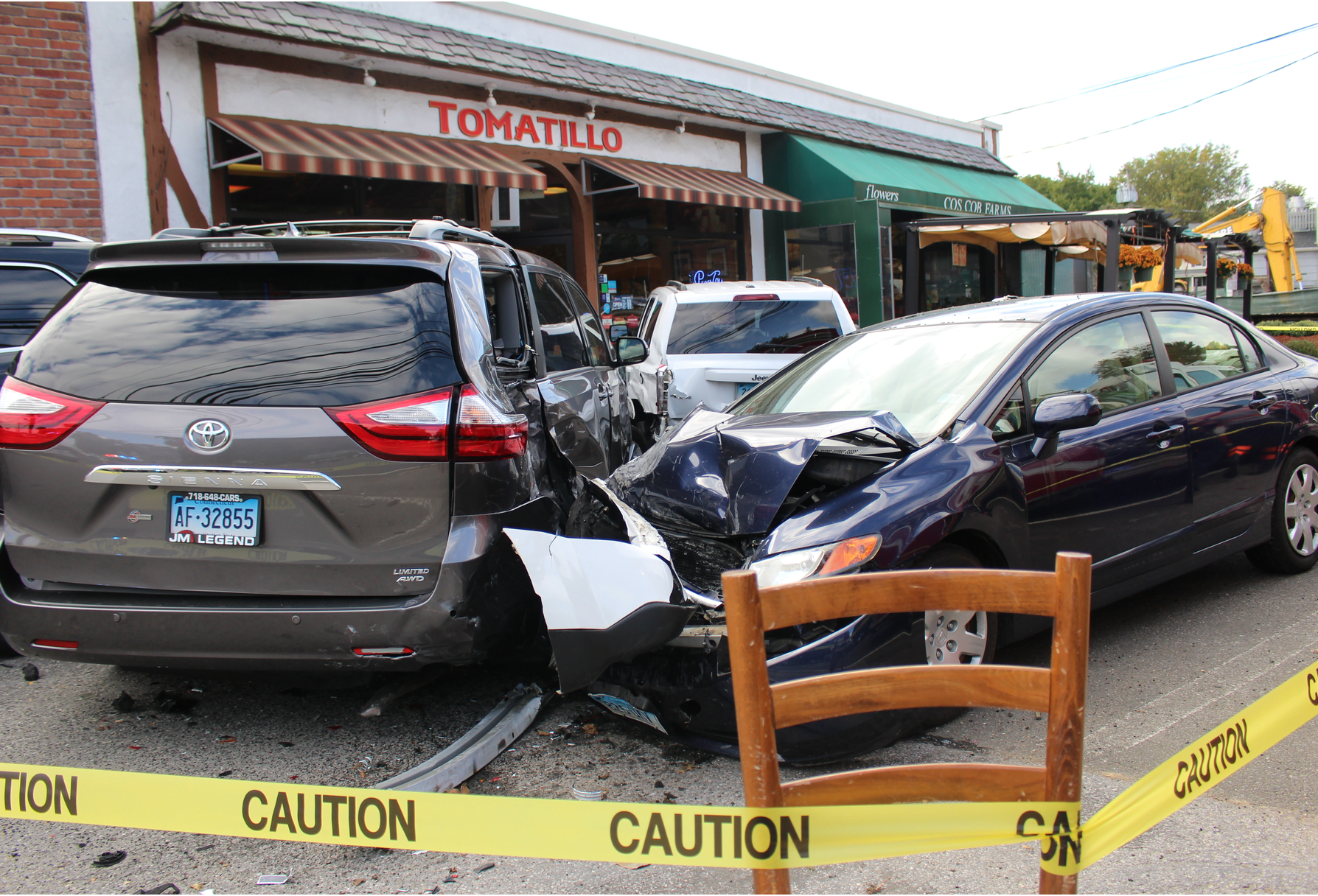 Several cars were damaged in a crash outside Post Road Auto Body Shop and Tomatillo in Cos Cob on Oct 12, 2016. Credit: Leslie Yager 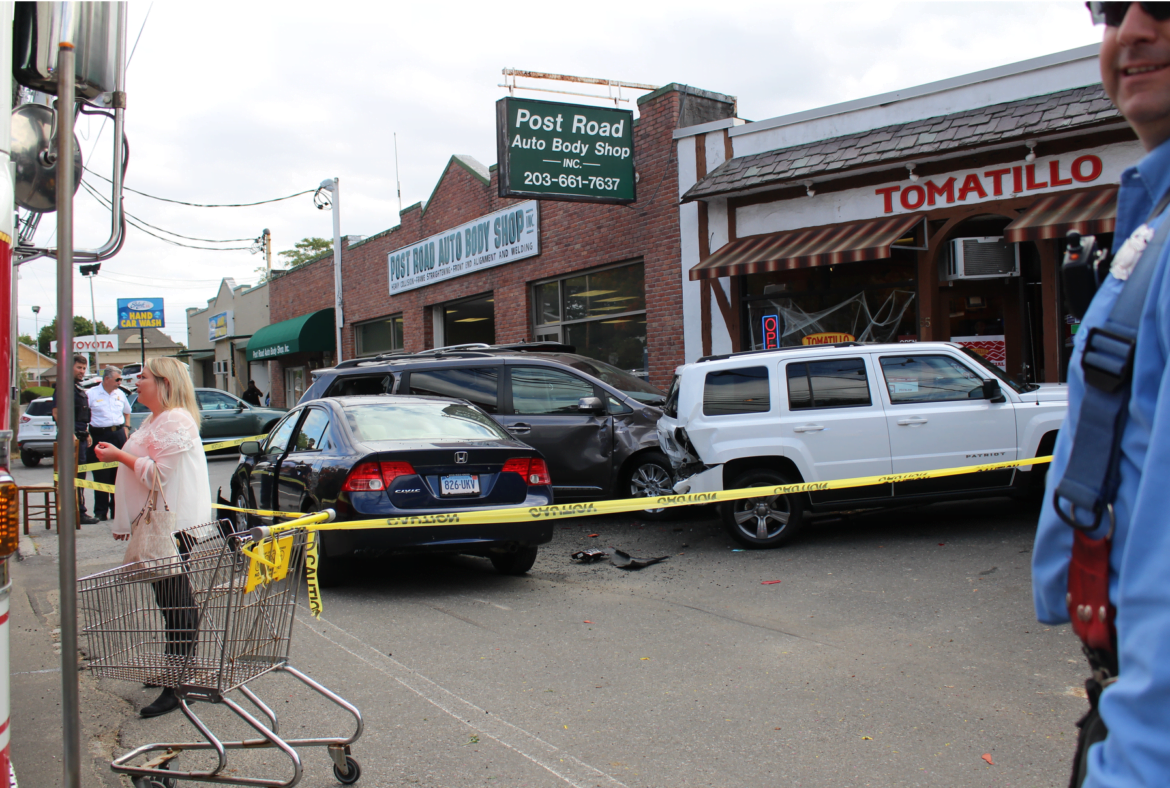 Several cars were involved in a crash outside Post Road Auto Body Shop and Tomatillo in Cos Cob on Wednesday around noon. Credit: Leslie Yager