The train was in earshot as the three good samaritans and a bus driver shepherded 40 children off a yellow school bus stalled on the train tracks in Norwalk back on December 18, 2013.

“It was scary,” said Melissa Acevedo of Norwalk who joked that her 13-year-old son tells her she tends to overreact. “We saw kids getting off the school bus on the tracks and I knew it wasn’t a regular bus stop. I knew something was very wrong.”

“We saw the guy dressed as a Subway sandwich helping kids off the bus on the train tracks,” Acevedo told GFP on Monday at a civilian awards ceremony at Norwalk Police Headquarters.

The ceremony honored  the quick thinking of  Acevedo,  her son 13-year-old son Cory, bus drive Victor Monte, and Shahzad Khan who was the Subway employee dressed as a super hero sandwich during the incident.

In all,  four good samaritans including Victor Monte whose yellow school bus stalled on the train tracks while carrying 40 children, received awards and praise from Norwalk Police Commissioners Charles Yost and Fran Collier-Clemmons, as well as Chief Thomas Kulhawik.

Indeed, the recollections of the four who had such  presence-of-mind during the emergency, are memorable, if not chilling.

“I checked what I knew, what I was trained to do, and there was nothing I could do to get that bus moving,” said Monte who has been driving a school bus for two years.

“The kids were coming out of the bus, but about half way through the evacuation was when things got hairy. The tracks started to light up and I started hearing the train. Then things got a little more hectic,” recalled Monte.

“I was cringing,” Monte continued, describing how during the ordeal he expected to be hit by a train. Monte said that after the children were off the bus,  “The kids were crying and I thought I better get the kids further away from the bus because if something gets hit that would slide toward us. The woman and her son helped me out and get the kids away from the tracks. And the gentleman dressed as a sandwich helped calm the kids down. I was shaken but the kids dealt with it very well.” 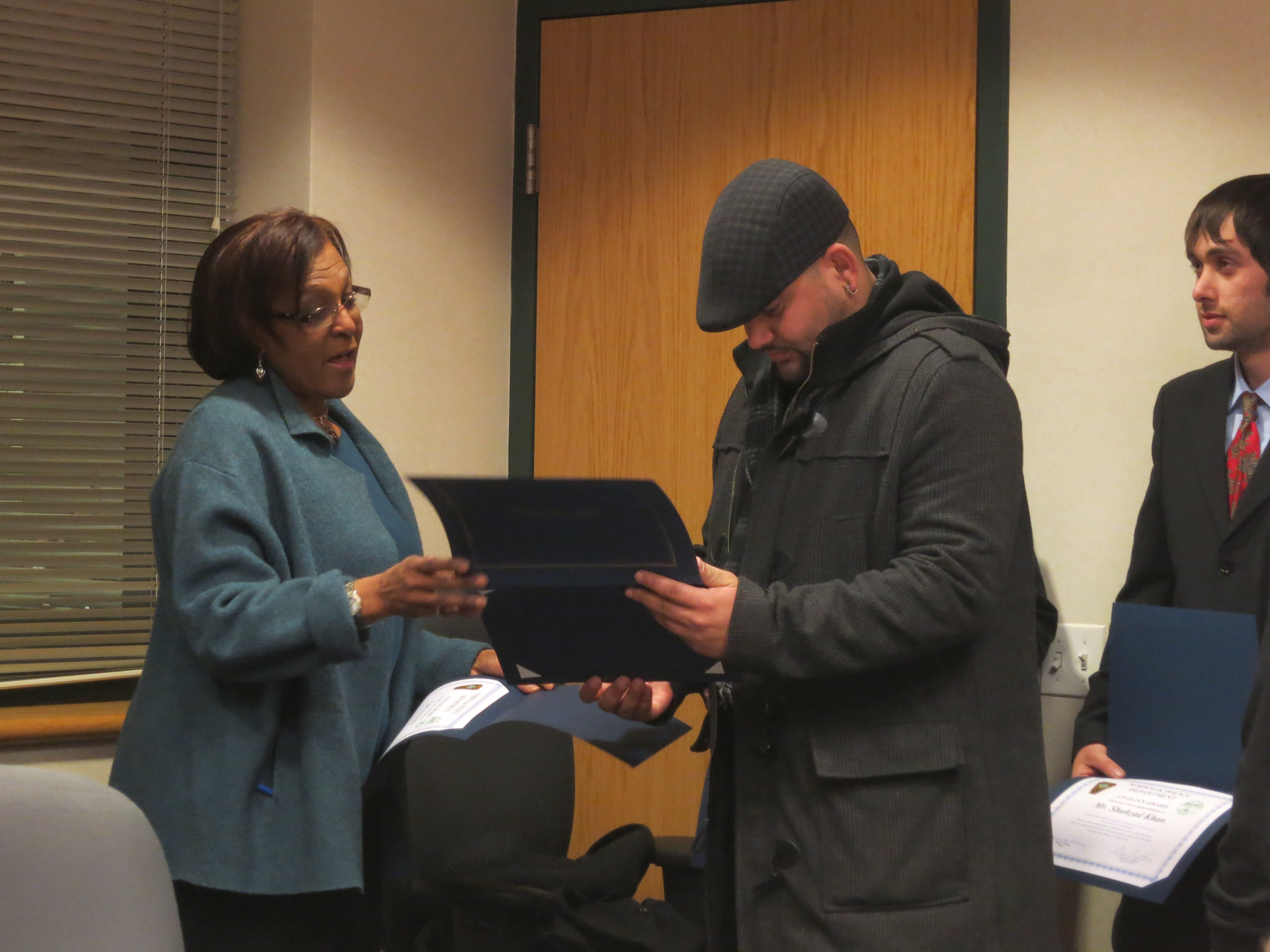 “Their smiles were probably the most awesome thing I’ve felt since being in the service,” Monte said describing how he felt after the ordeal. “To me that was an amazing feeling. I see those kids every day. They’re very calm and quiet now and trust me.”

Shahzad Khan was dressed up as a Subway super hero sandwich when the incident happened.

“I was working at the time, waving at cars like I always do when I noticed there was a school bus on the train tracks, stalled, with the guards coming down,” recalled Khan.

“I started running towards the bus and that’s when I seen the kids coming off the bus. Then I was trying to cheer them up because I was still dressed up as a sandwich,” added Khan who said he had the Newtown tragedy on his mind and that he was glad to see a tragedy averted.