This article was originally written by David Gurliacci of sister site Darienite.com

Gavin Scott Hapgood, the 44-year-old Darien man who was charged with manslaughter in Anguilla earlier this month, released a statement through a public relations firm saying that he was “attacked without warning” by the man who died in the confrontation with him. 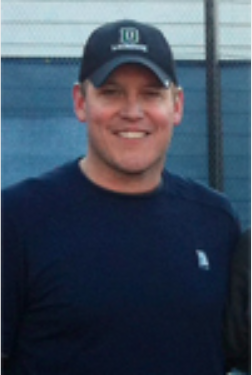 The maintenance worker, identified by law enforcement authorities as Kenny Mitchel, a Dominica native, demanded money and was armed, according to Hapgood’s statement, which was made directly by Kelcey Kintner, a member of the public relations firm Red Banyan and a spokeswoman for the family.

Mitchel showed up, in uniform, at the hotel room where Hapgood and his family were staying, saying he was there to fix a broken sink, even though Hapgood never called maintenance, contrary to reports online.

The maintenance worker “carried out [a] sudden, violent attack on the family,” according to the statement. A Royal Anguilan Police Force spokesman recently told Associated Press that other members of Hapgood’s family were there when the violence took place.

“Scott and the members of his family have been traumatized by the assault they survived and are thankful to be alive,” Kintner said in the short statement.

Kintner is director of media strategy for Red Banyan, a public relations firm with offices in Washington, D.C., Georgia, Texas and Florida.

Earlier last week, an Anguillan police spokesman told the Associated Press that police don’t yet have a motive for why Hapgood killed the man in the fight.

Hapgood was arrested April 13, the night of the incident on the main island of Anguilla, a British territory in the Caribbean. He left the country with his family after he paid a bond of about $74,000.

The case has caused racial tensions on the Caribbean island that caters to wealthy vacationers.

In response to numerous comments on social media, police and the head of the island’s government issued statements asking people to trust law enforcement authorities to handle the case.

They also reminded the public that tourism is a big industry for Anguilla, and the nation of less than 15,000 could suffer if the public reaction caused vacationers to avoid the island destination.