UPDATE Tuesday, Sept. 1, 6:30pm. Heads up.  Greenwich Police warn that they learned from DOT earlier on Tuesday that Verizon will be working in the exact same area that the water company experienced the water main break Saturday night that wasn’t repaired until late Sunday morning.

According to an audio statement, apparently a fiber optic cable owned by Verizon suffered collateral damage.

The repairs will start at approximately 7:00pm and could take between 24-48 hours to repair.

“Please avoid the area if possible,” Lt.Gray warned, referring to the stretch on Rt 1 between Indian Field Rd and Strickland Rd. “They are going to maintain two way traffic – one lane east and one lane west.”

Police recommending avoiding the area as best as possible. Unfortunately, Wednesday is the first day of Greenwich Public School.

Sunday afternoon: All lanes of Rte 1 are reopened on Rt 1 between Indian Field and Strickland. 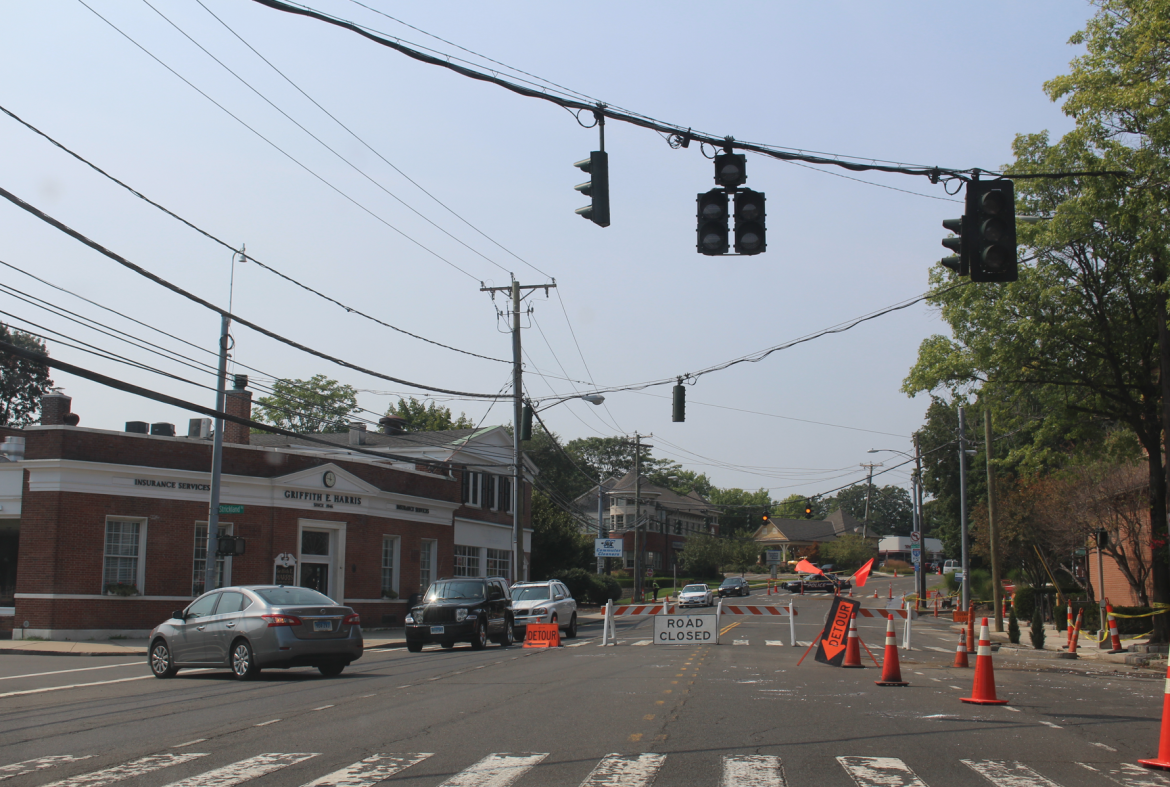 At noon on Sunday a single lane on Rte 1 between Indian Field and Strickland was open, eastbound. The road is close westbound, though cars can turn left out of the row of shops that include Corbo’s and Tomatillo. 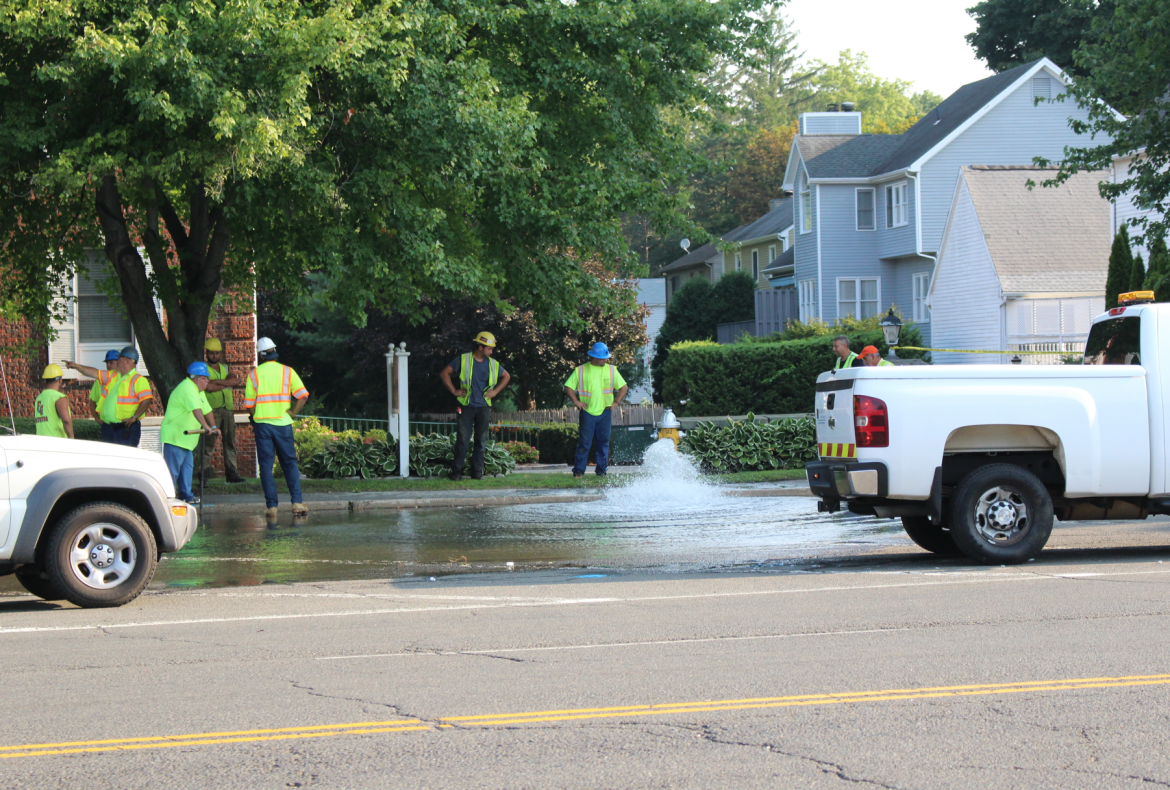 Sunday 8:30am: The crew from Aquarion pulled an all-nighter, but the water main break by Toyota at 75 East Putnam Ave is not yet repaired and as of 8:30am, the entire stretch of Rt 1 between Indian Field Rd and Cross Lane is closed to traffic in both directions.

Police on scene recommend anyone driving to the Dave Theis bridge unveiling scheduled to start at 11:00am to take I-95 and get off at Exit 5 and from there drive west on Putnam Ave to Cos Cob. Parking is limited, so give yourself extra time. That said, it is Sunday so many neighboring parking lots will be empty. There is also the municipal lot by Cos Cob Library.

Police and Aquarion workers on scene said the state police are en route and will open a single lane of traffic headed east, possibly a lane in both directions. We will update the story as more information becomes available. 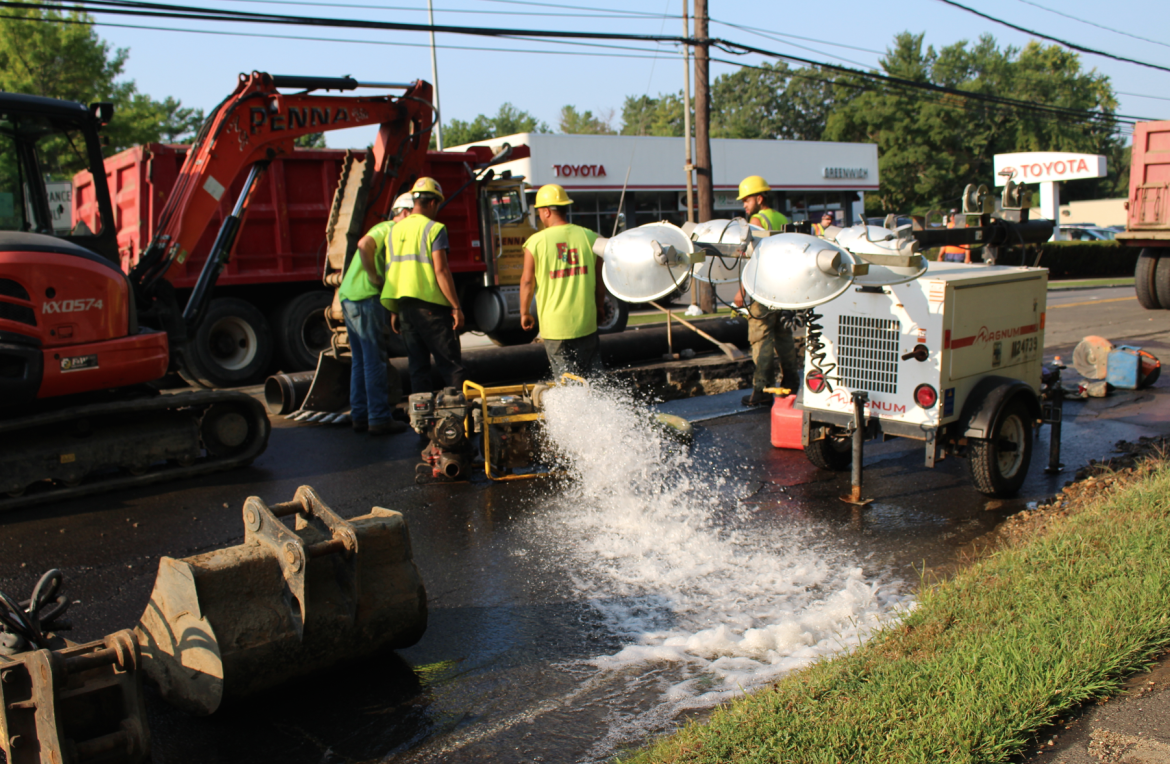 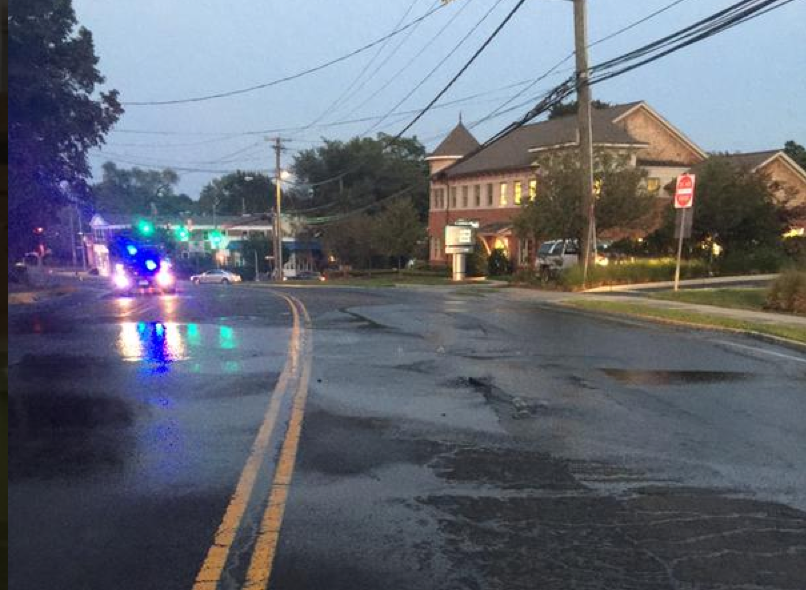 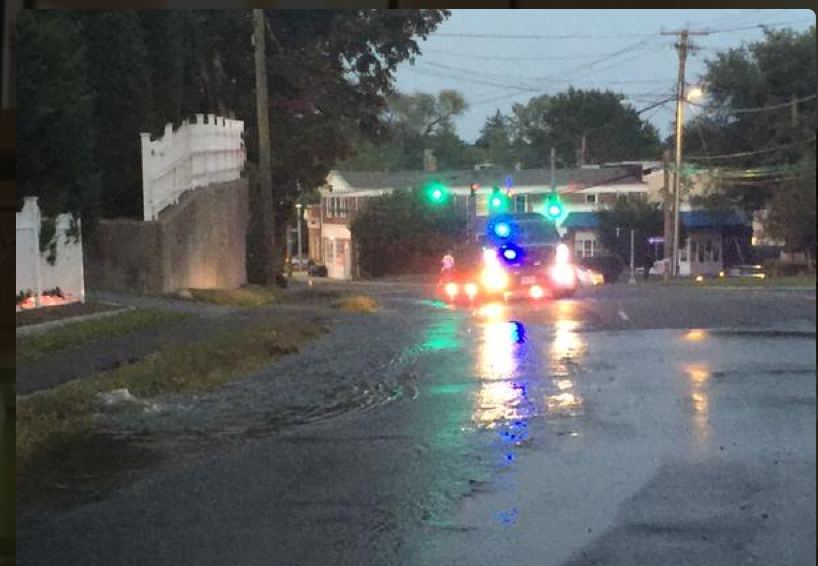 Saturday, Aug. 29, 8:30pm: Greenwich Police are reporting a major water main break Saturday night in Cos Cob. Putnam Ave is closed in the area of the  Toyota dealership. GFP will update the story as more information becomes available.