Christian Dilworth, the Greenwich man charged with Animal Cruelty in June, who also had outstanding felony charges from February and March, appeared before Judge Richard Comerford in Stamford Superior Court on Tuesday.

Police say that on June 3, a mastiff type dog was found roaming in Bruce Park and that it displayed signs of abuse.

In August, police announced that Greenwich Animal Control had determined the dog had been adopted in May 2018 by Dilworth whose address at the time was in Greenwich Close on Brookside Drive. 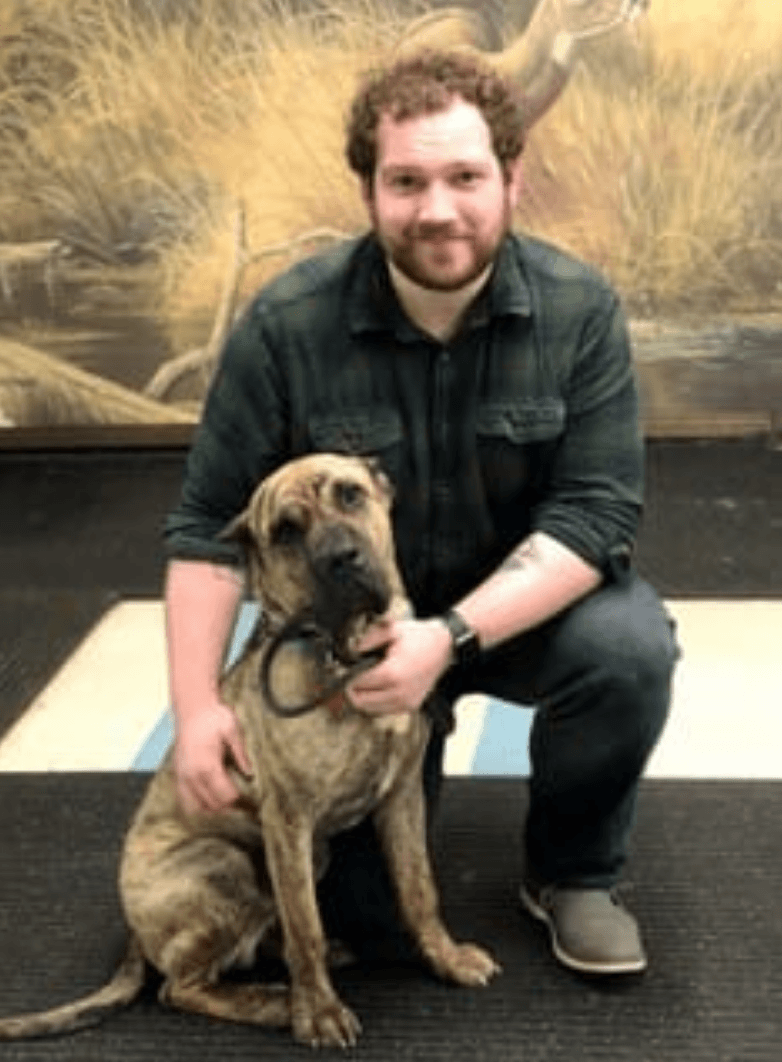 “Duke” had been brought up from Baltimore by an animal rescuer in Rowayton who, in turn, allowed her partner dog trainer in Bethany to adopt him to Dilworth without adequate background checks.

On Tuesday the Rowayton based rescuer, who was in court eager to testify, said she came to know the fate of the mastiff type dog in June when she received a call from Greenwich Animal Control who had traced the dog’s micro chip back to her.

From there she called Dilworth.

“I called him because it was three weeks since he adopted the dog and I would have done a follow up phone call anyway,” she said. “He told me the dog has died of a parasite,” she recalled on Tuesday. “I called animal control back immediately.”

Police have said during their investigation, Dilworth also told them the dog had died. That led to additional charges of False Statement and Interfering with an Officer, as well as Failure to Comply with Dog Ownership and Illegal Release of a Domestic Animal.

On Sept 16 Greenwich Animal Control Officers were in court prepared to testify. The case was continued until October.

On Oct 9, the dog trainer from Bethany sat for hours in court ready to give testimony. Dilworth’s case was again continued.

On Tuesday Nov 13, the rescuer from Rowayton was in court eager to testify herself.

Dilworth, wearing in topsiders, jeans, a blue long sleeved shirt and fleece vest, went before Judge Comerford around 10:45am.

Attorney Andrew Gould from the Law Offices of Philip Russell told the judge that his client Mr. Dilworth was “having problems with his insurance” but that he sought “to get some treatment.” He asked for a referral to Renaissance.

Judge Richard Comerford agreed and said Mr. Dilworth should enroll at CT Renaissance or find a similar program for counseling.

According to its website, Renaissance is a non-profit multi-service agency that provides mental health, substance abuse and community release treatment to men, women and adolescents throughout the state of Connecticut.

Dilworth’s next date in Stamford Superior Court is set for Dec 11, 2018.

As for Duke, Greenwich Animal Control adopted the dog to a Greenwich Police officer who renamed him Henry and he now lives happily with two other dogs.

Local Man Arrested Twice in One Week by GPD