UPDATE, Tuesday, 4:15pm: Greenwich police have updated their release with a correction on Mr. Conroy’s home town, which is actually Wall, New Jersey.

UPDATE, Tuesday, 1:15pm  Greenwich Police released the name of the driver who perished in Cos Cob Marina on Monday when the minivan he was driving went into the water.

According to a statement from Lt. Kraig Gray, the man was 80-year-old Patrick Conroy, of Wallingford, NJ.

At about 1:30pm on Monday, Mr. Conroy drove a 2016 Chrysler Town and Country Minivan off the side of the Cos Cob Marina public boat launch into approximately 12 feet of water. According to police, Mr. Conroy could not free himself from the vehicle.

Preliminary investigation has revealed that Mr. Conroy along with members of his close family had taken two vehicles to the Cos Cob Marina to launch the family boat onto the Long Island Sound. One of the vehicles was an SUV with the family boat in tow. The other was a minivan operated by Mr. Conroy.

Mr. Conroy’s adult son backed the SUV down the boat ramp while Mr. Conroy began to move the minivan into a parking spot.

Mr. Conroy, who was the sole occupant of the minivan, began to perform a three point turn on the flat driveway leading up to the boat ramp. The minivan then drove nose first off the north side of the ramp and onto the seawall and was temporarily lodged on the rocks. Mr. Conroy’s son immediately ran to the minivan and attempted to remove his father, but the vehicle slipped into the water and sank in the waterway between the seawall and the south docks. This narrow waterway within the harbor is about 10-12 foot deep at high tide.

Mr. Conroy’s son dove into the water and attempted to rescue his father and was still in the water upon arrival of the police and fire personnel. A dozen Fire and Police first responders with limited equipment attempted to rescue the trapped victim. It was not until approximately 10 minutes later and the arrival of the Sound Beach Volunteer Fire Department Scuba Team, where they were finally able to extricate the victim. The victim’s medical care was turned over to Greenwich Emergency Medical Services personnel and Mr. Conroy was transported to the Greenwich Hospital. Mr. Conroy was pronounced deceased shortly after arrival at the Greenwich Hospital.

The Greenwich Police Department is continuing to investigate this incident. If anyone was a witness to this event please contact Technician Drenth at (203) 622-8014. 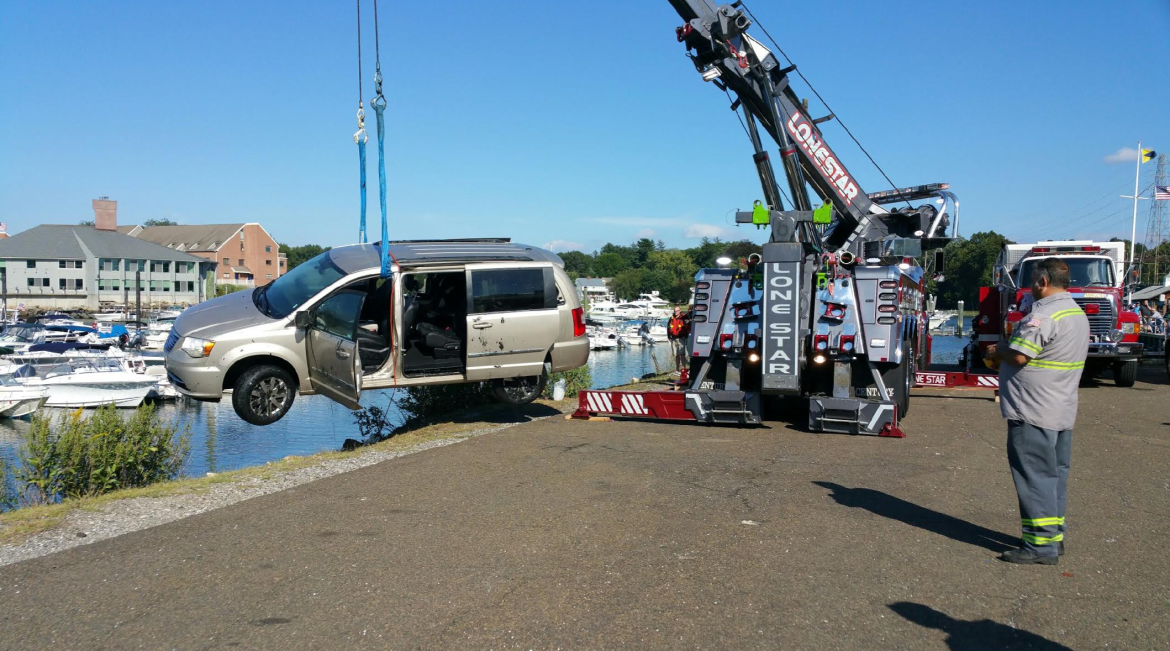 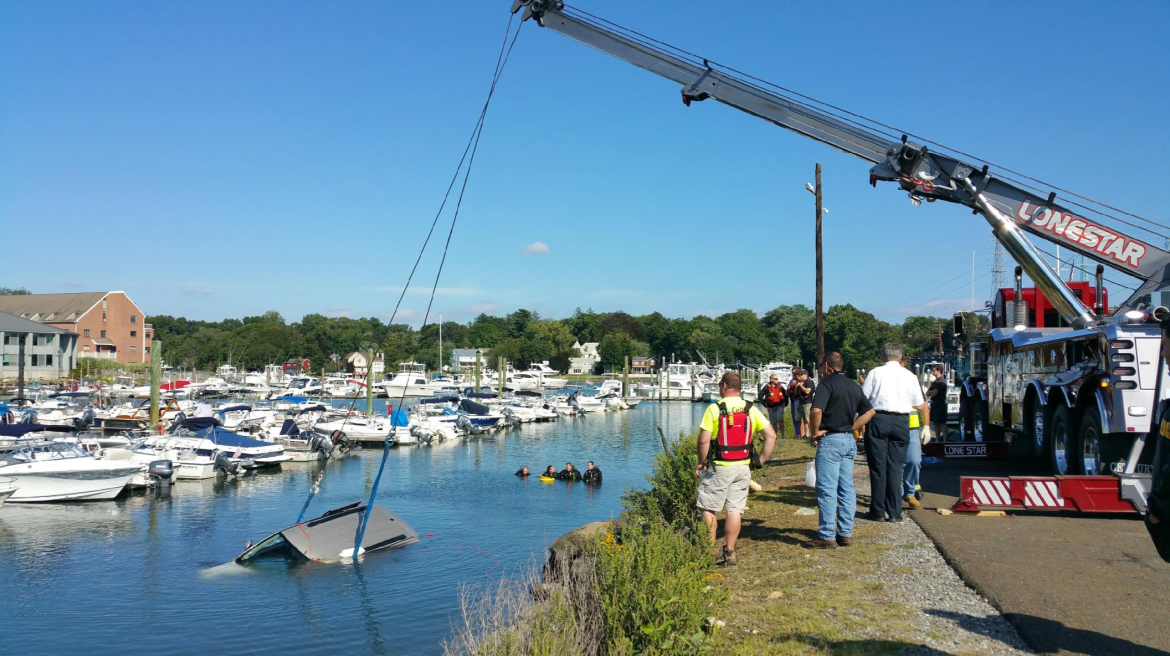 First responders located a distraught family who indicated that their elderly father had driven off the boat ramp and into the water.

That car was located inside the marina, under approximately 12 ft under water.

Members of the Sound Beach Fire Dept. dive team extricated the patient from the vehicle. He was  transported to Greenwich Hospital  where he was pronounced deceased. The victim was a resident of NJ, but his family is from a jurisdiction in New York that abuts Greenwich.

According to the Twitter feed of Greenwich Professional Fire Fighters the Fire Dept extracted an elderly man from his car which was submerged in the water off Cos Cob marina off Strickland Rd.

According to the Twitter feed of Greenwich Police, there was an accident today in Cos Cob Marina involving an elderly man from New York who drove off the boat launch.

The marina, which is off Strickland Road, was jammed with emergency vehicles around 3pm. 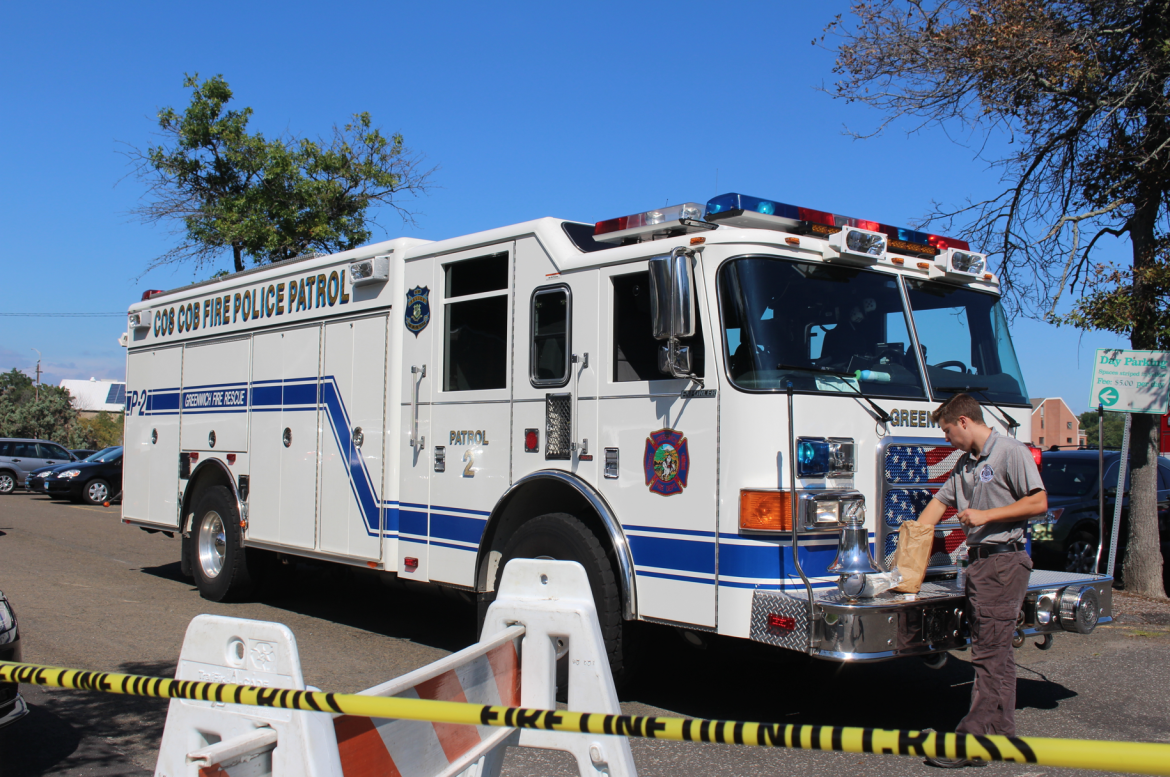 Cos Cob Fire Police Patrol were on scene at Cos Cob marina off Strickland Rd Monday afternoon. Credit: Leslie Yager

Emergency personnel had cordoned off the entire area with yellow tape and Strickland Rd was closed to traffic from Bush-Holley House.

At 3pm several trucks from Lonestar Towing arrived. One truck was equipped to tow the car from the water and other was set to tow it away.

By 4pm, the emergency vehicles were all exiting the marina parking lot. 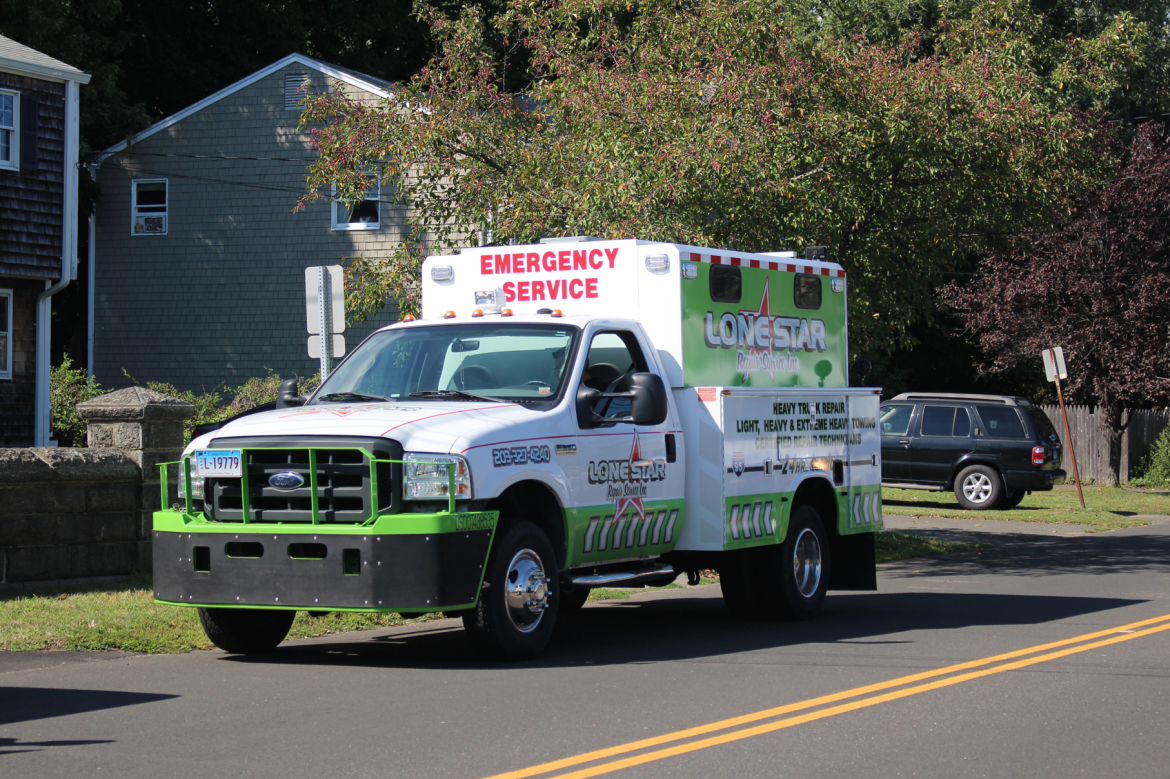 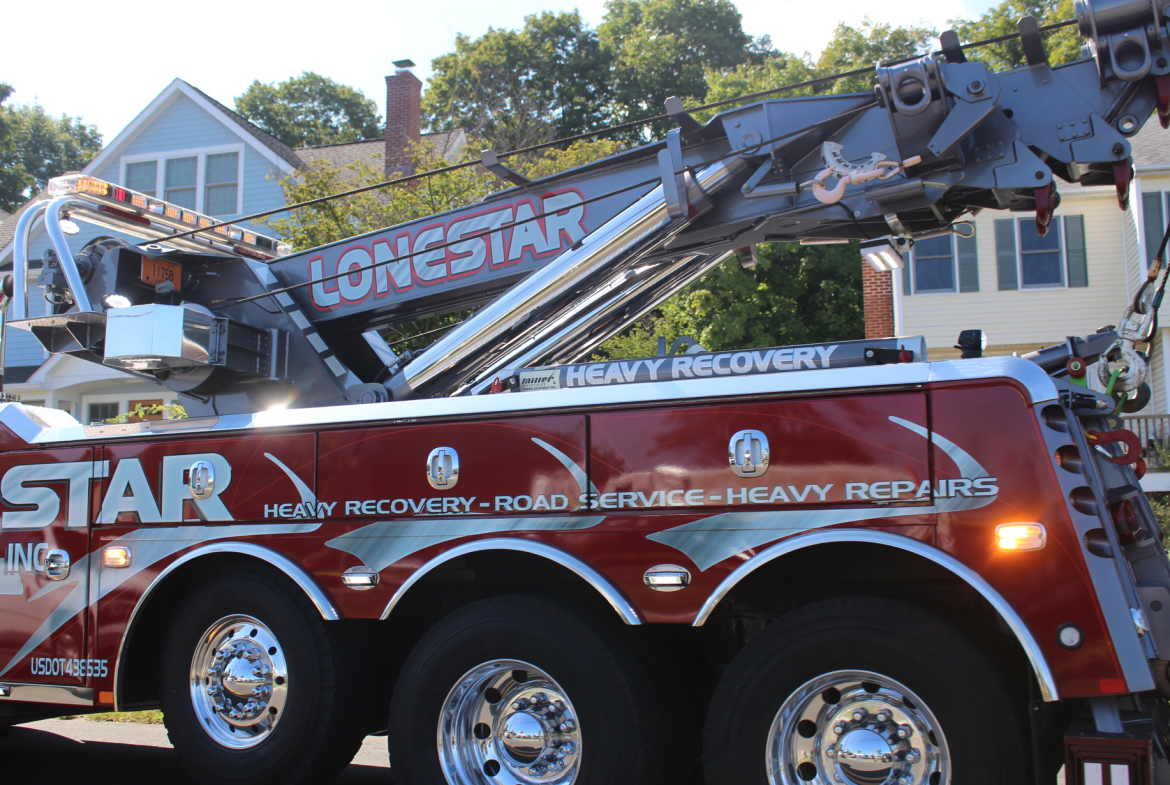