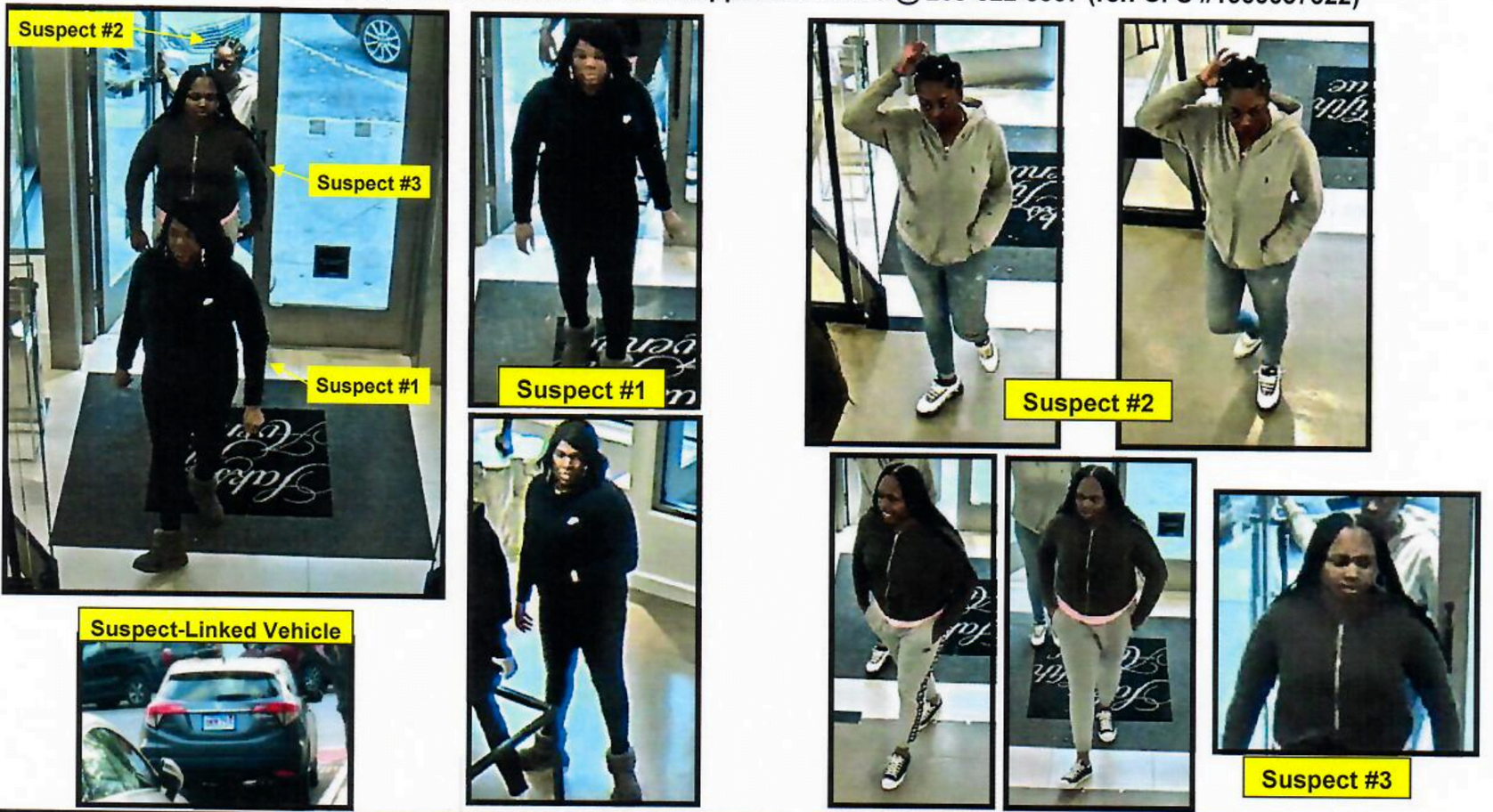 On Nov 2 around 5:30pm thee was a Larceny at Sake Collective located at 200 Greenwich Avenue. Video surveillance of the incident depicted three suspects entering the store at 5:19pm and begin to walk around looking and touching several items before proceeding to the second floor.

While on the second floor three three individuals took several coats from a display rack in what police describe as “a panicked manner.”

The suspects then proceeded down the stairs and out the front door and onto Greenwich Ave at 5:23pm and proceed south on Greenwich Ave and west on West Elm Street carrying several jackets.

The three suspects are described as follows:

Suspect 3: A black person with long black hair, braided a larger/heavier build and approximately 5′ 6″ tall wearing grey zip up sweatshirt with a shirt underneath, grey sweat pants and black/white sneakers.

Store personnel believed possibly that the third suspect was a man dressed as a female.

The photo above included a vehicle that has been linked to the suspects in this larceny. It is a Honda HRV bearing the Massachusetts license: 8KM759.

Police say a collect inquiry of the vehicle revealed it to be an AVIS rental vehicle.