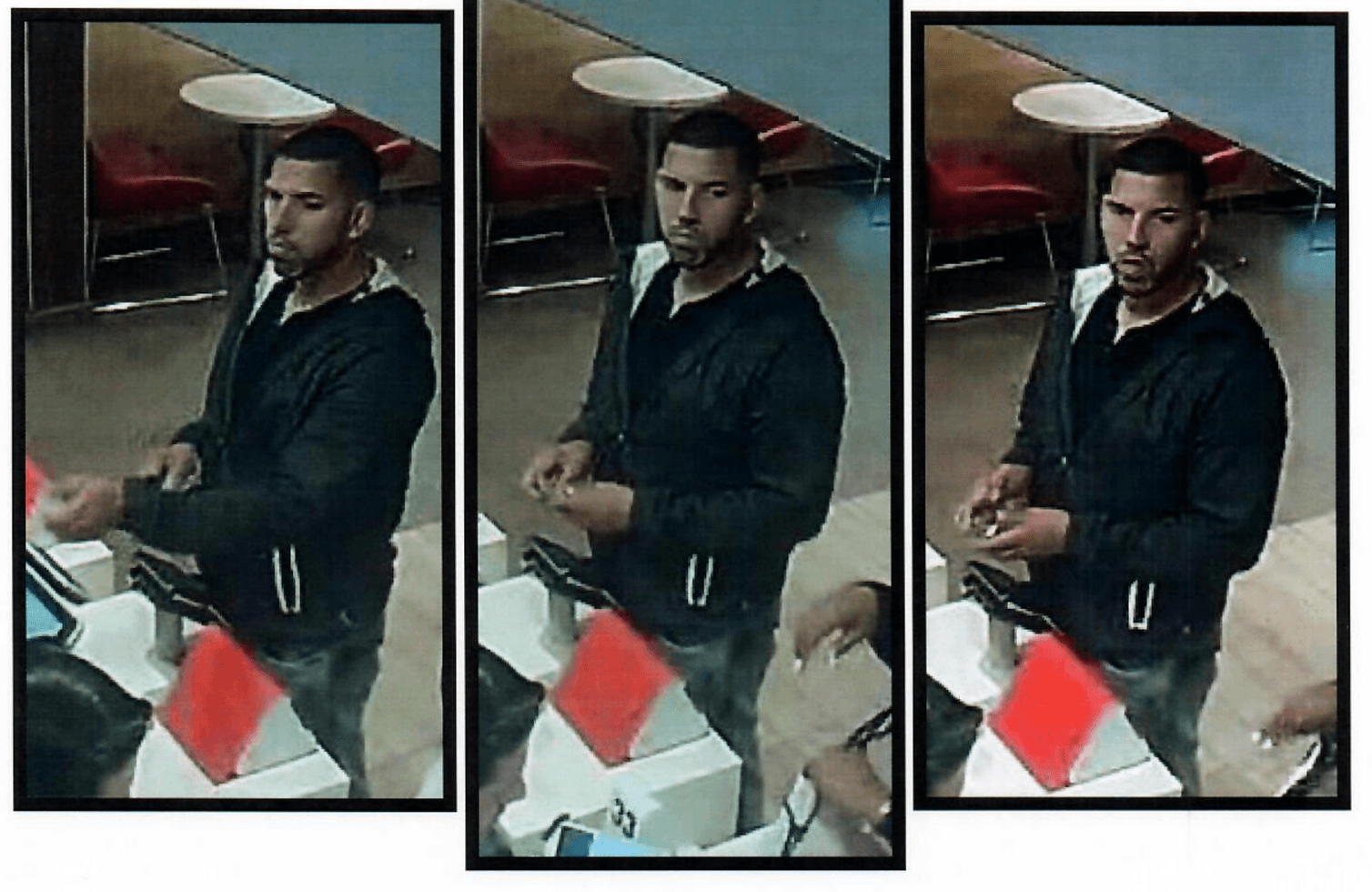 Greenwich Police are seeking the identity of a man who turned up on surveillance video at McDonald’s and Pet Pantry following a break in at Tom’s Driving School on Sept 7, 2018.

“We’re trying to identify this person,” Lt Slusarz said. “If anyone knows him or sees him, they should contact police.”

Slusarz said that a worker at Tom’s Driving School observed the door to the business had been damaged and alerted police.

The owner of Tom’s Driving School told police when she arrived for work she found the door to her business appeared to be damaged.

“There’s a bunch of businesses at 1212 East Putnam Ave, so he might not be involved at all. He may have seen something that would help our investigators,” Slusarz said. “He may be a witness or a suspect. We want to talk to him about what he may or may not have seen.”

As for the break-in, an inventory is still pending.