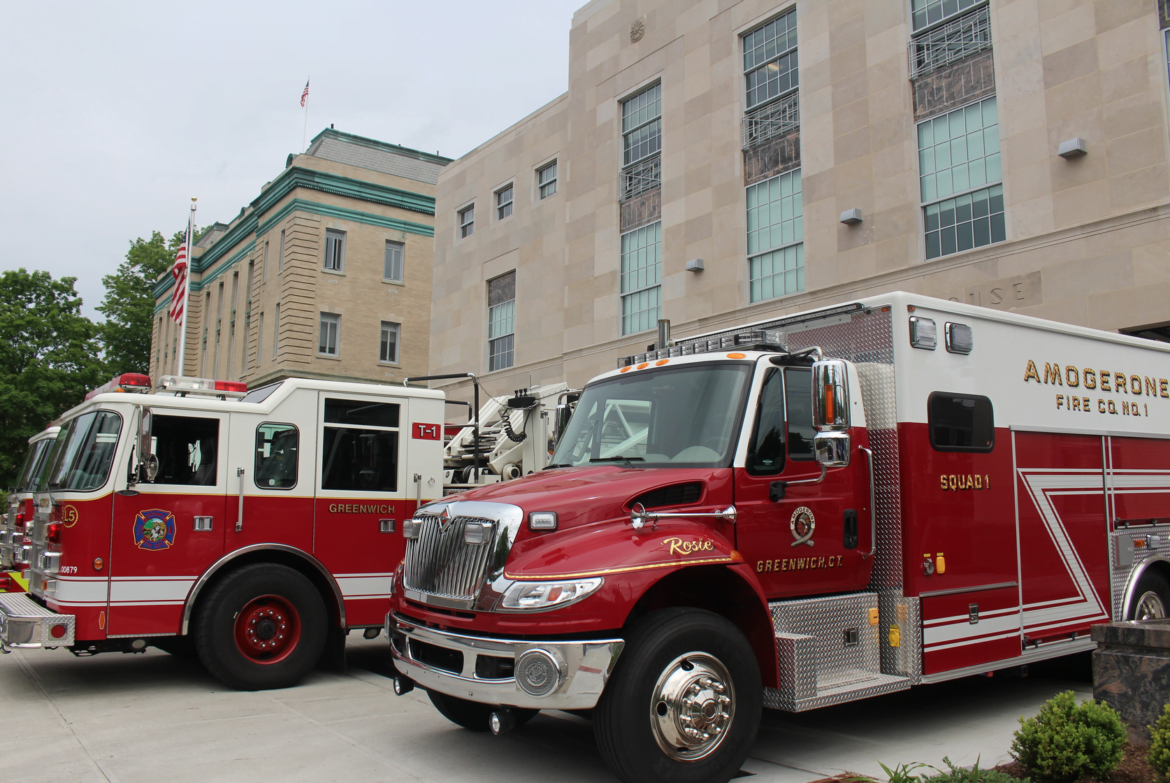 According to Kick, at about 7:38pm, five engines, two ladder trucks, one rescue and 12 staff and support vehicles were dispatched to the scene. In total he said about 50 personnel were on scene.

“Upon arrival, the first due units discovered heavy smoke condition throughout the structure, with a fire in the basement and requested an additional Engine and Ladder company to the scene,” Kick wrote.

He said the structure was a 115-year-old three story single family home of approximately 9,000 sq feet.

Firefighters advanced two hose lines into the building while crews  searched the home for trapped occupants, finding none.

Firefighters were able to minimize significant damage by containing the fire to the basement and first floor with smoke damage throughout the structure.

The last Fire Department unit cleared the scene at 11:36pm with no injuries reported at the incident.

The origin and cause are under investigation by the Fire Marshal’s office.

Original Story 8:00am The Greenwich Fire Department battled a fire that started in the basement of a Belle Haven mansion on Thursday night. Fire fighters were dispatched around 7:45pm.

The fire, which took place at 90 Field Point Circle, interrupted a fundraiser for Westport Republican candidate for governor of Connecticut Steve Obsitnik.

The mansion suffered some damage, but fighters saved the house.