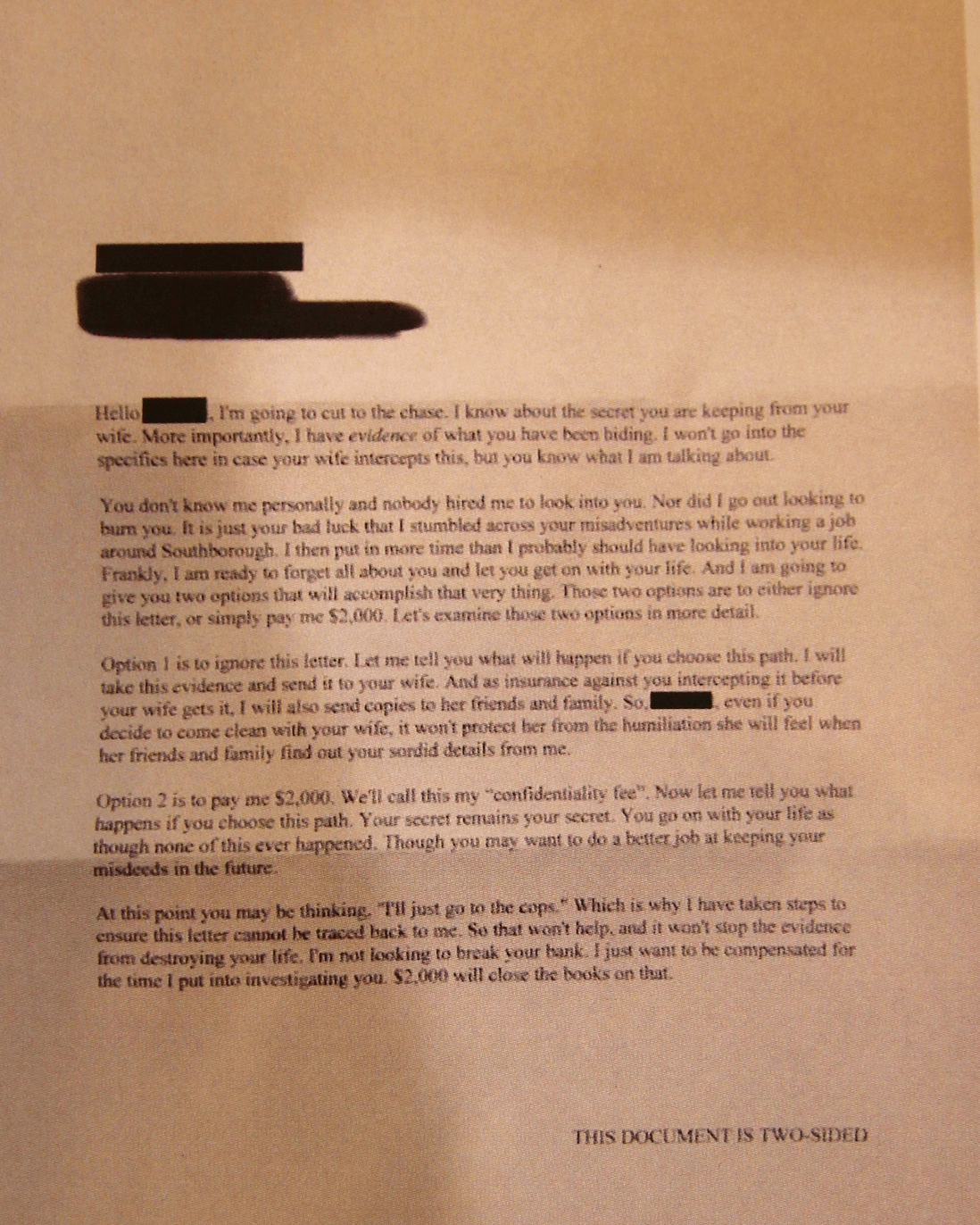 Greenwich Police are warning residents of an extortion letter being circulated locally telling the recipient, “I know about the secret you are keeping from your wife.”

In the blackmail scam recipient is told that his secret will be kept for $2,000, “a confidentiality fee,” and asks for a payment in Bitcoins.

The letter says, “I have evidence of what you have been hiding. I won’t go into the specifics here in case your wife intercepts this, but you know what I am talking about.”

The letter warns the recipient not to go to the police.

“At this point you may be thinking, ‘I’ll just go to the cops,’ which is why I have taken steps to ensure this letter cannot be traced back to me. So that won’t help and it won’t stop the evidence from destroying your life. I’m not looking to break your bank. I just want to be compensated for the time I put into investigating you.”

According to Lt. John Slusarz the desk sergeant at GPD has had at least five people come in person this week with letters they received in their mailbox.

Slusarz said he suspects there are probably far more than those five who brought the letter to the attention of police.

“I suspect there’s probably more because when this happens it’s usually a mass mailing,” Slusarz said. “If you get it, throw it away.”