Thursday’s Board of Selectmen meeting agenda includes “the Zoubek mooring issue.” To clarify the back story, I am being accused of not doing my job.  In my own defense I put forth the following facts:

Mr. Zoubek claims he has had a mooring in the same location for sixty years.  To date Mr. Zoubek has failed to provide prior mooring permits for that location and we have no record of a permit issued or applied for in the past twenty years.
Mr. Zoubek claims he mailed me $ 75.00 in mid May. However he mailed the money to Penny Monahan, not the Harbormaster.

Penny deposited the check on June 9th , I picked up a copy of the application for inspection and review later that week.

On June 22rd, after less than two weeks elapsed, I indicated to Mr. Zoubek that he could not deploy the ground tackle as rigged on the vendor’s boat at that location.  The buoy was nonconforming to the agreed application buoy.  This particular buoy was known as a party destination where “raft-ups” were common.  (see photos)

A “raft-up” is where a number of vessels all tie together and swim, play, relax, drink, play music and make noise with lots of fun in mind.  This activity is inappropriate within 600 ft of an active Osprey nest. (**see DEEP)

Without further discussion Mr. Zoubek wrote a complaint to the CT DOT and carbon copied several stage agencies.  Joe Salvatore, the DOT dredge coordinator, who does not play a role with Harbormaster management, wrote back misunderstanding and misrepresenting my activities as a Harbormaster with the Special Acts 288 & 93.

Mr. Salvatore is not my boss. I answer to the Commissioners of DEEP and DOT. Mr. Salvatore is the dredge coordinator for Connecticut. He has since acknowledged that he misspoke and failed to include me in the email thread or fact check.

Given the activity that could be expected from raft ups as a result of Mr. Zoubek’s intended stated activity of allowing others to use his mooring, the location of the active Osprey nest and the need for adequate depth of water and room for raft ups is met by the location assigned by the Harbormaster as stated in his 7/6/15 letter.

There is no merit to Mr. Zoubek or Mr. Salvatore’s comments.

On June 22, 2015  the following letter Mr. Charles Zoubek to the Commissioner of the Dept. of Transportation, James Redeker which was cc’d to several State agencies:

I am writing to you in complaint of the unprofessional conduct of the Greenwich Harbor Master, Ian MacMillan. I am the longtime owner of a mooring in Indian Harbor (aka Chimney Cove),which has been in the same location for more than 60 years. In the middle of May  completed the required annual Town of Greenwich mooring application and mailed it, along with it the fee of $75, to Mr. MacMillan. Receiving no notification after several weeks, I emailed Mr. MacMillan asking if there was a problem with the application. He responded that it was complete, and several hours later, I received a phone call saying that I could “deploy the mooring.” A requested confirmation e-mail was not forthcoming.

Yesterday, June 22, Mr. MacMillan telephoned and asked if I would be allowing any of my friends to to use the mooring. I responded yes, it would be made available to guests during the summer. He said he didn’t like that, and that my permit was revoked. He also contacted my mooring service provider, ordering him not to deploy my mooring. Apparently my application was routinely approved, but then revoked because Mr. MacMillan does not approve of my choice of friends. 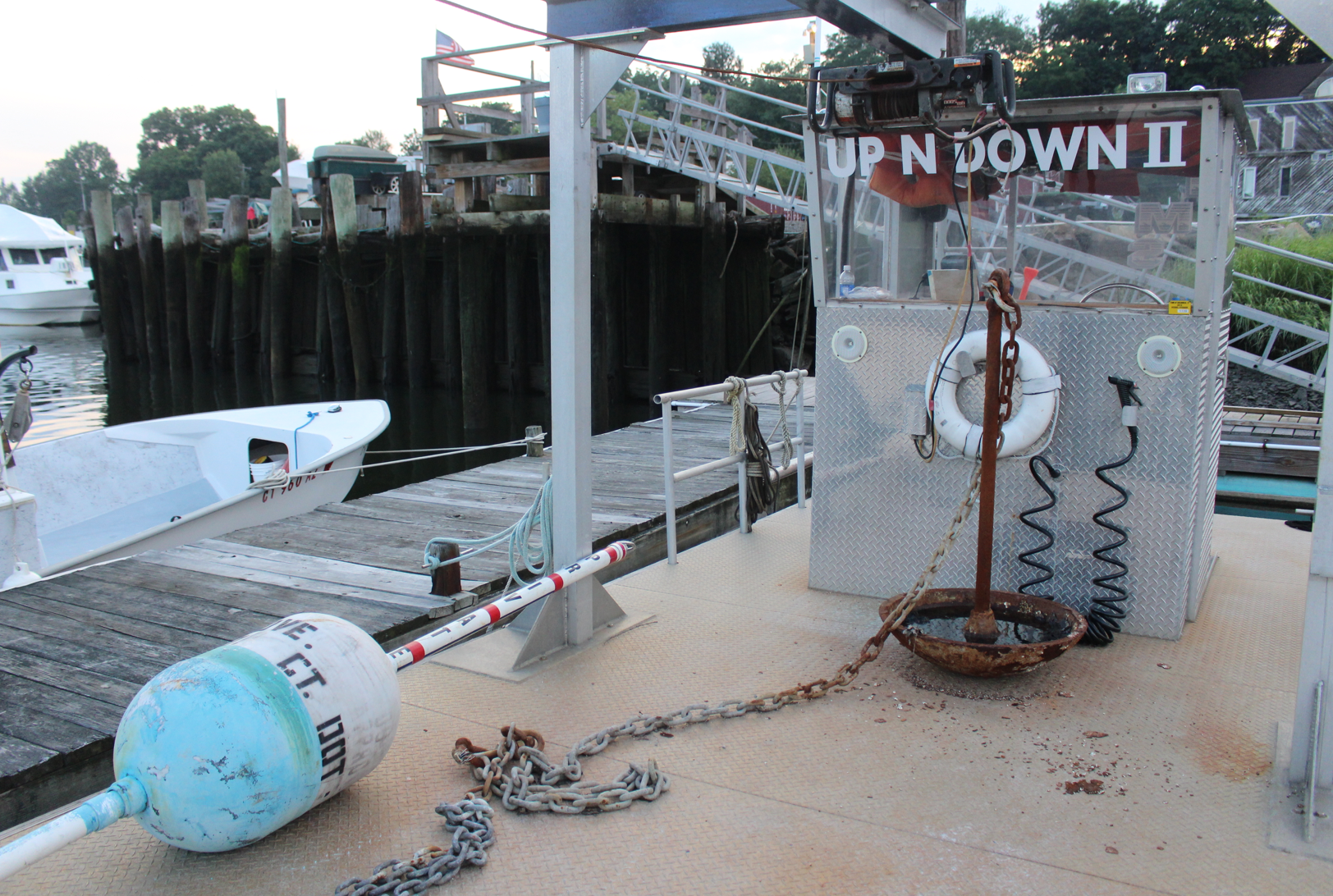 This is Peter Silbereisen’s non-conforming mooring ready to be installed in Mr. Zoubek’s mooring location at Mr. Zoubek’s request, without a permit. And the buoy is in need of a correct white buoy with a blue horizontal stripe in the middle.

It is now the middle of the summer, and I have been denied the use of my mooring, even though my application check was cashed on June 9. I would appreciate your help and guidance in resolving this situation, as there seems to be no control or oversight of the Harbor Master on the Town level.

I cannot issue a permit for the location you specified for these reasons:

You and your friends can accomplish the same stated activities with a day hook or anchor, for which no permit is necessary.

Please keep in mind that a mooring is a revocable privilege, not a right, such as anchoring.

The above mooring application was immediately resolved within 3 days of notification to the harbormaster and all that within 30 days of the deposit. July 9th, today!

Some call that “above and beyond”. DOT’s Joe Salvatore admits he was mistaken. I do advise the Board of Selectmen as I did last Wednesday 6/24/15 with John Toner, David’s stand-in.

No wait list, no permit history, researched and field surveyed within 3 days. About eight hours of work. I am doing more than my job.

The Office of Long Island Sound Programs General Permit for Osprey Platforms and Perch Poles provides the following guideline for location of platforms with respect to sources of disturbance:

Please let me know if you have any questions or if I can be of assistance.