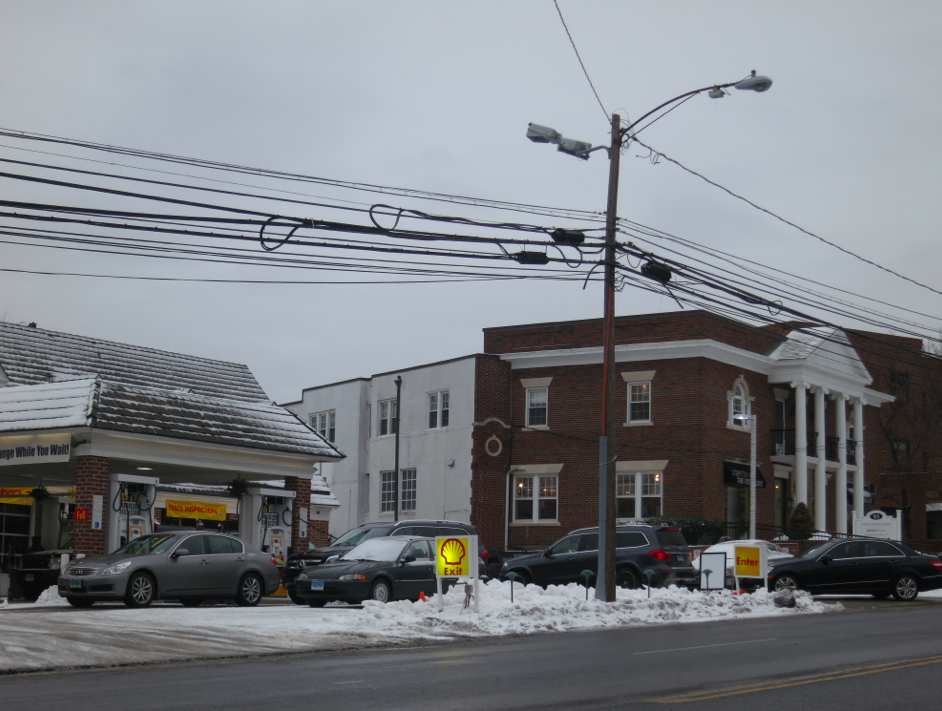 On Monday, by lunch time, lines formed at local gas stations, where customers also filled up the familiar red plastic containers for the generators at home.

Milk flew off the shelves in supermarkets, along with shovels and batteries. 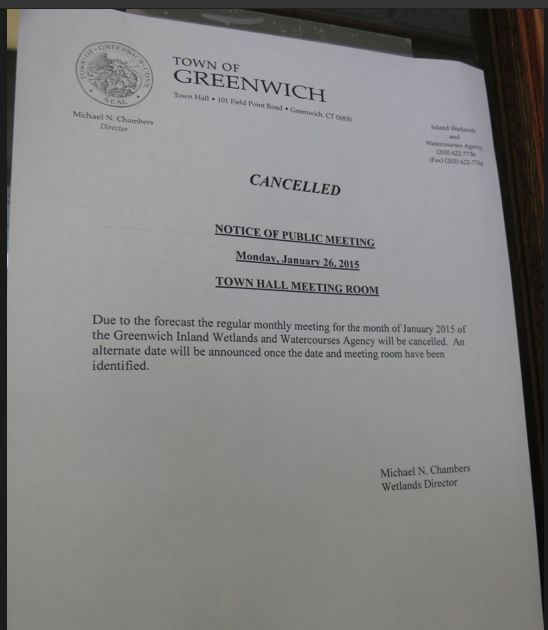 At Town Hall the parking lot was full of cars and workers reported a regular work day schedule. The only sign of the pending snowmageddon was the notices of cancelled IWW meeting for Monday night and cancelled P&Z meeting for Tuesday night, taped to the front door.

The wine and spirit shop at Balducci’s reported having an extremely busy morning, as did Elton of Elton’s Café in Greenwich Library, which had grown quiet by noon.

As schools dismissed early, Putnam Ave was congested at mid-day with a combination of school and city buses, snow plows and residents squeezing in errands before it became too late.

Greenwich Free Press will continue to publish storm updates as long as there is power and internet access. 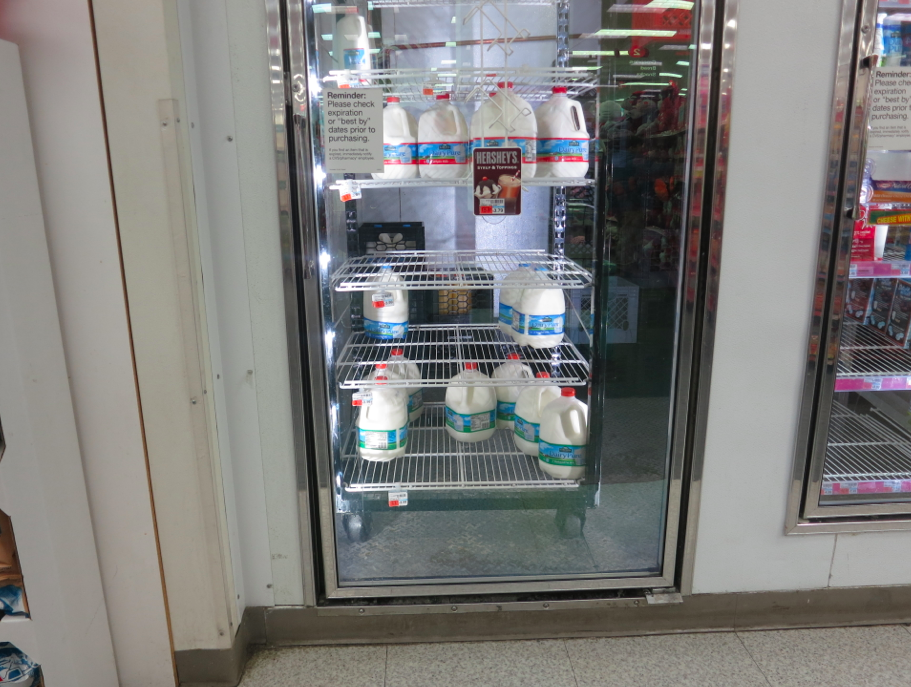 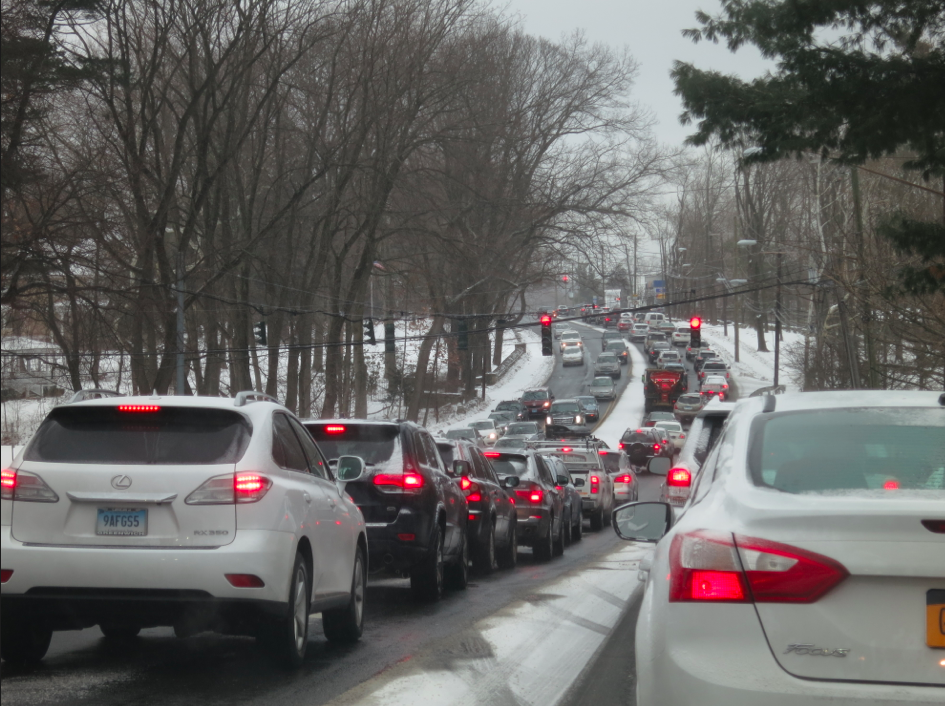 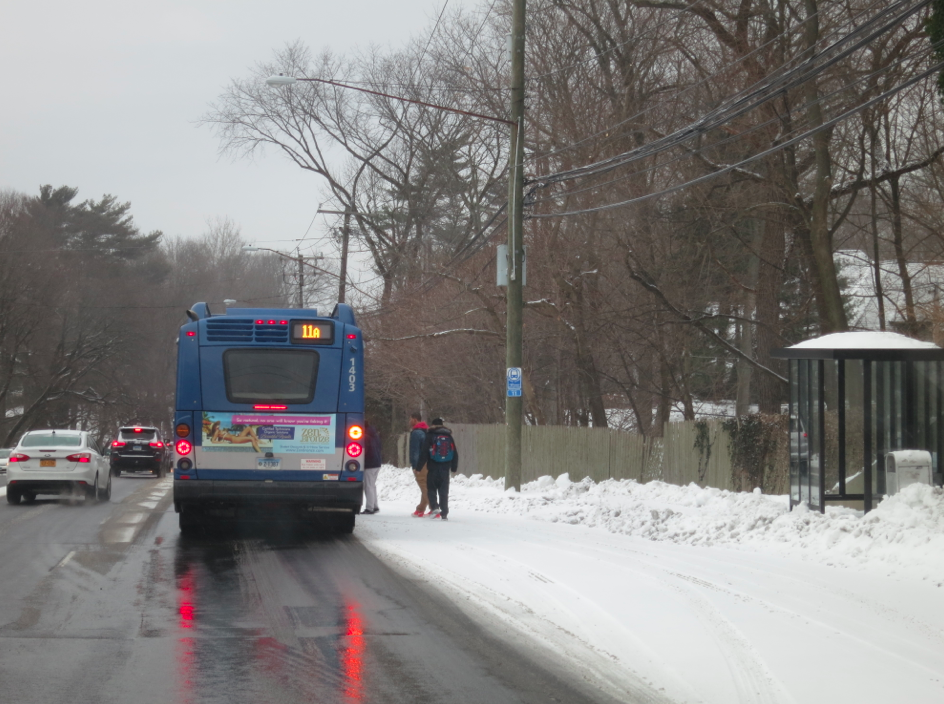