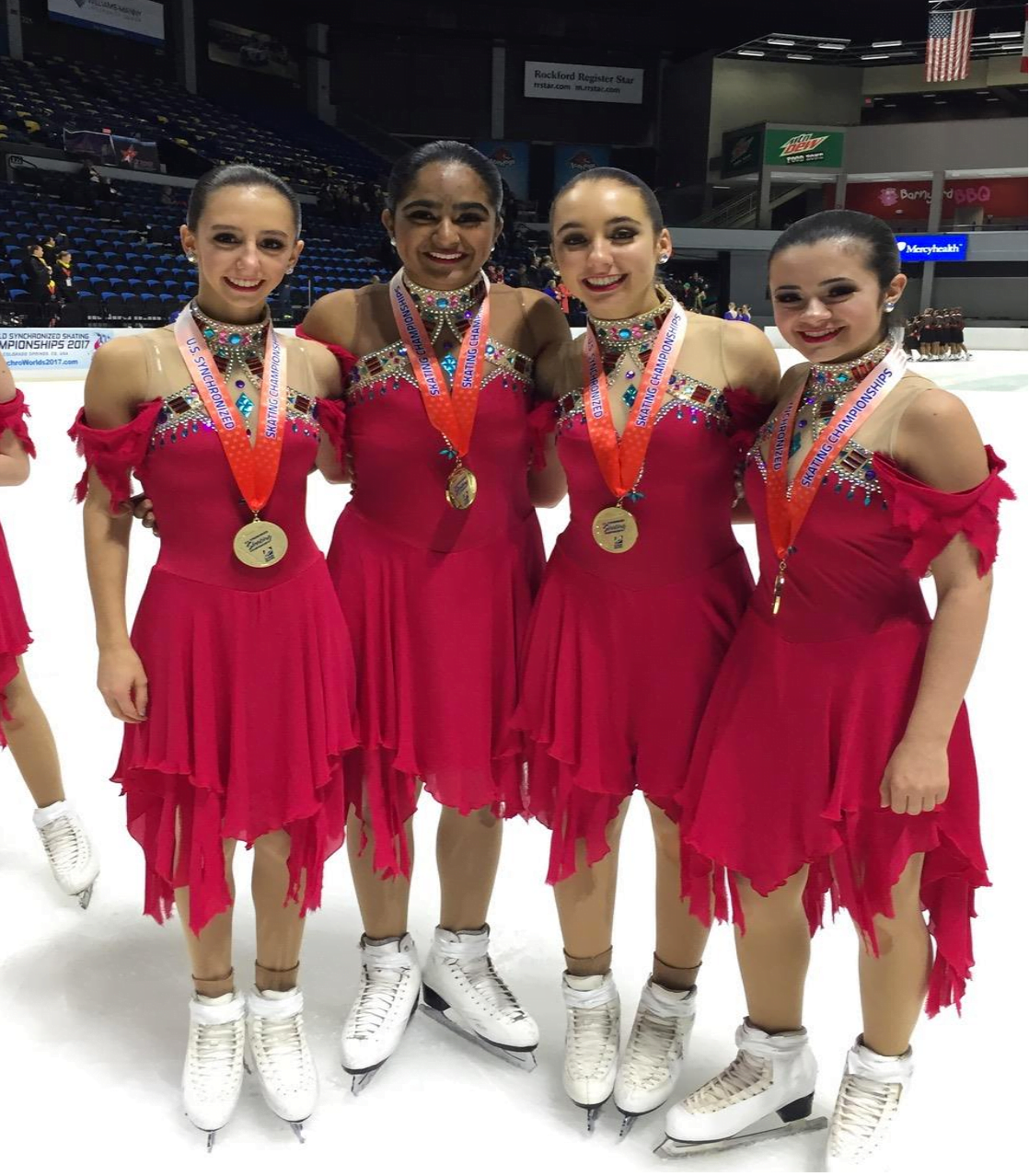 The Junior, Novice, Intermediate and Juvenile lines all topped the podium and were crowned National Champions after competing among the best teams in the nation.

“This season has been truly exceptional, with all of our lines performing at the top of their game,” said Josh Babb, Skyliners Head Coach and Director of Synchronized Skating. “Earning four 2017 National titles and the Senior Bronze is a testament to how extremely hard working and determined our skaters and coaches have been.” 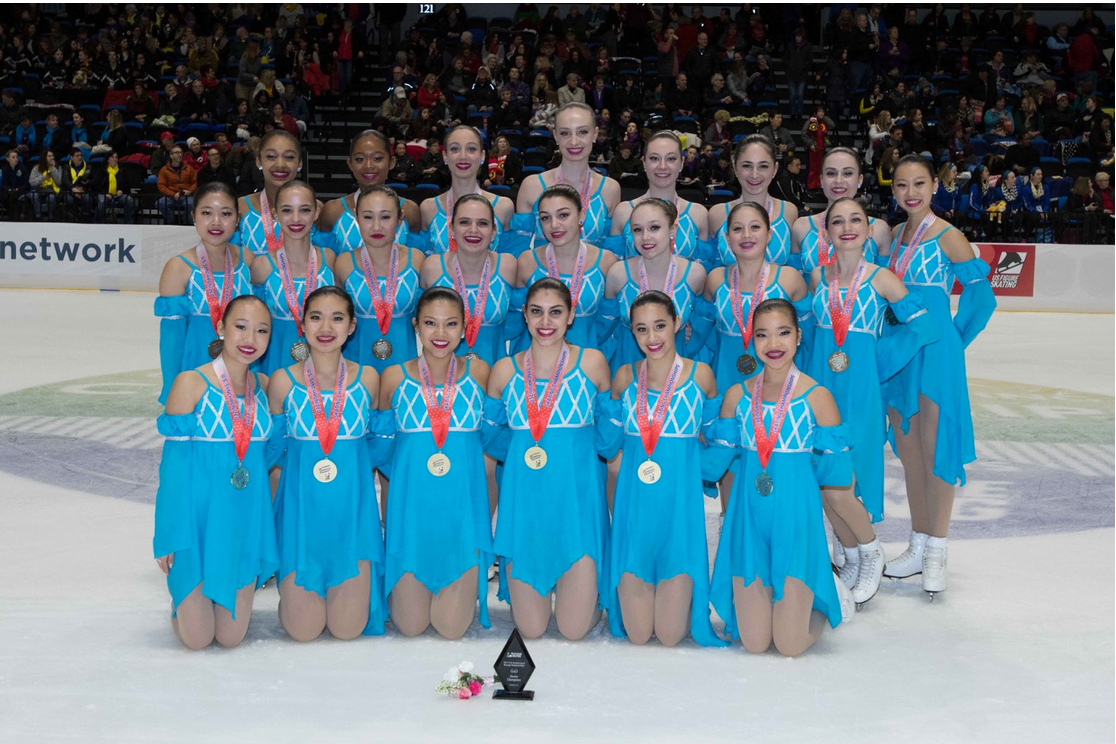 Skyliners Junior – who will represent the United States at the World Junior Synchronized Skating Championships in Mississauga, Canada, March 10-11, 2017 –earned a total score of 174.67 points and the Junior National Crown with their rousing “Last of the Mohicans” free skate and their dramatic “Gangster Hip Hop” short program. It is their fourth big win this season including New England Challenge Cup, Porter Classic and The Cup of Berlin in Germany, proving that they are a force to be reckoned with. All eyes now turn to Worlds.

Skyliner Novice earned their first-ever national title with a powerful Camelot-themed program that earned a score of 75.93. It was a perfect end to their historic all-gold medal season.

Skyliners Intermediate earned their second straight national championship, skating to a dazzling Wizard-themed program. Their exciting performance earned them a high score of 65.31. 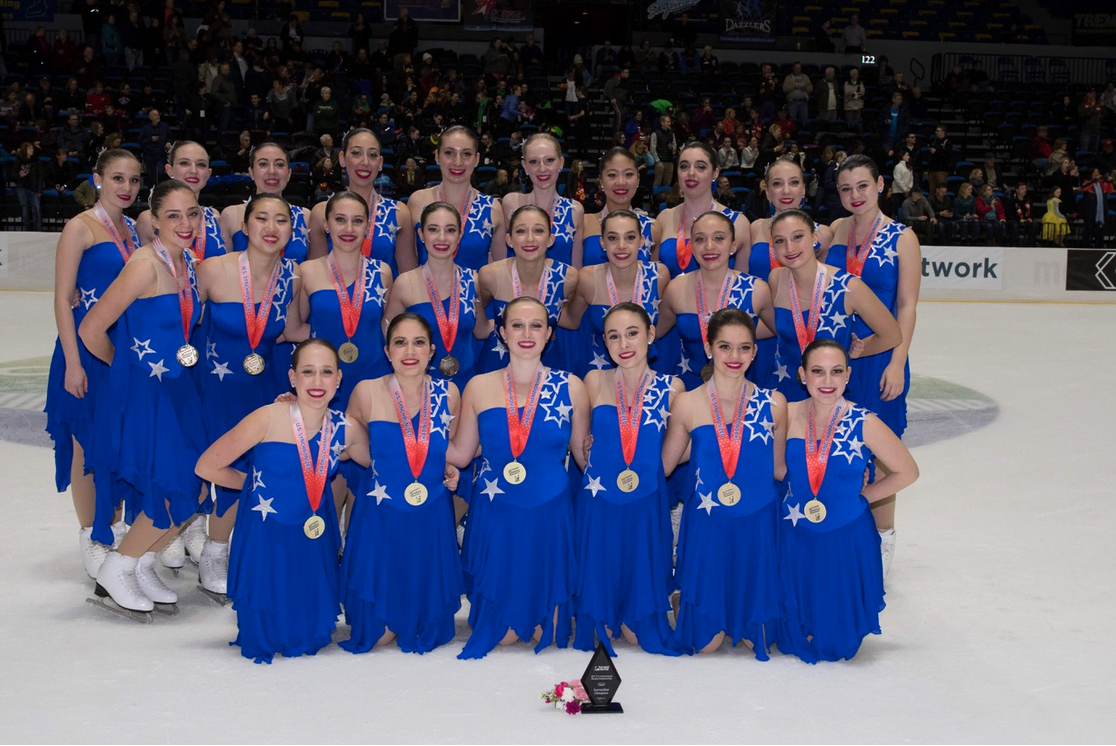 And Skyliners Juvenile earned their fourth national championship title with their inspiring “Angels” program. In their first season being judged under the IJS system, the Juvenile line won gold with a high score of 46.45 points.

Tryouts and clinics for the Skyliners 2017-18 season started on March 3 and will continue into early April. Skaters of all ages and levels are welcome.

Please check the website at www.skylinerssynchro.com for more detailed information.

While the majority of the skaters reside in the tri-state area, Skyliners also draws members from Minnesota, North Dakota, Pennsylvania, Virginia and Wisconsin. The tremendous growth and success of the team are attributed to the dedicated athletes, talented coaches and devoted Board members and parent volunteers who make Skyliners possible season after season.