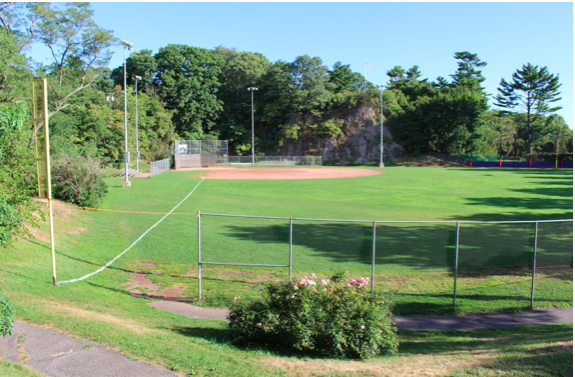 In an exciting game that came right down to the wire, J. Pocker outlasted Greenwich Police 22-20 to take the Greenwich Recreation Men’s Softball Title.

It was a tense, back and forth battle that saw the Police leading 13-7 after three innings, but Pocker scored 15 runs in their next three at bats and took a 2-16 lead to the top of the seventh inning.

The Lawmen put four runs on the board, but couldn’t come any closer, leaving the tying runs on base. In winning the title, Pocker knocked off the 2013 defending League Champions. J. Pocker won the title in 2012, so these teams have a recent history of being near the top.

John McLoughlin, Christian Fumosoli, Nick Pocker and Greg Bean each contributed a pair of hits, with Ryan Cavataro also contributing to the cause.

The Police unleashed quite an attack of their own, thanks to Frank Fedak’s four-for-five, including a homer and four runs batted in. Kris Schockley was also four-for-five, homering and knocking in three more. Keith Hirsch, Tom Kelly, Alan Pesce and Bob Feretti helped spark their team with three hits, with Pesce driving in three runs and Hirsch two more. Tim Kelly, Mike O’Connor and Mark Zuccerella supplied two hits and Mike Ucci rounded out the offense for the Lawmen.