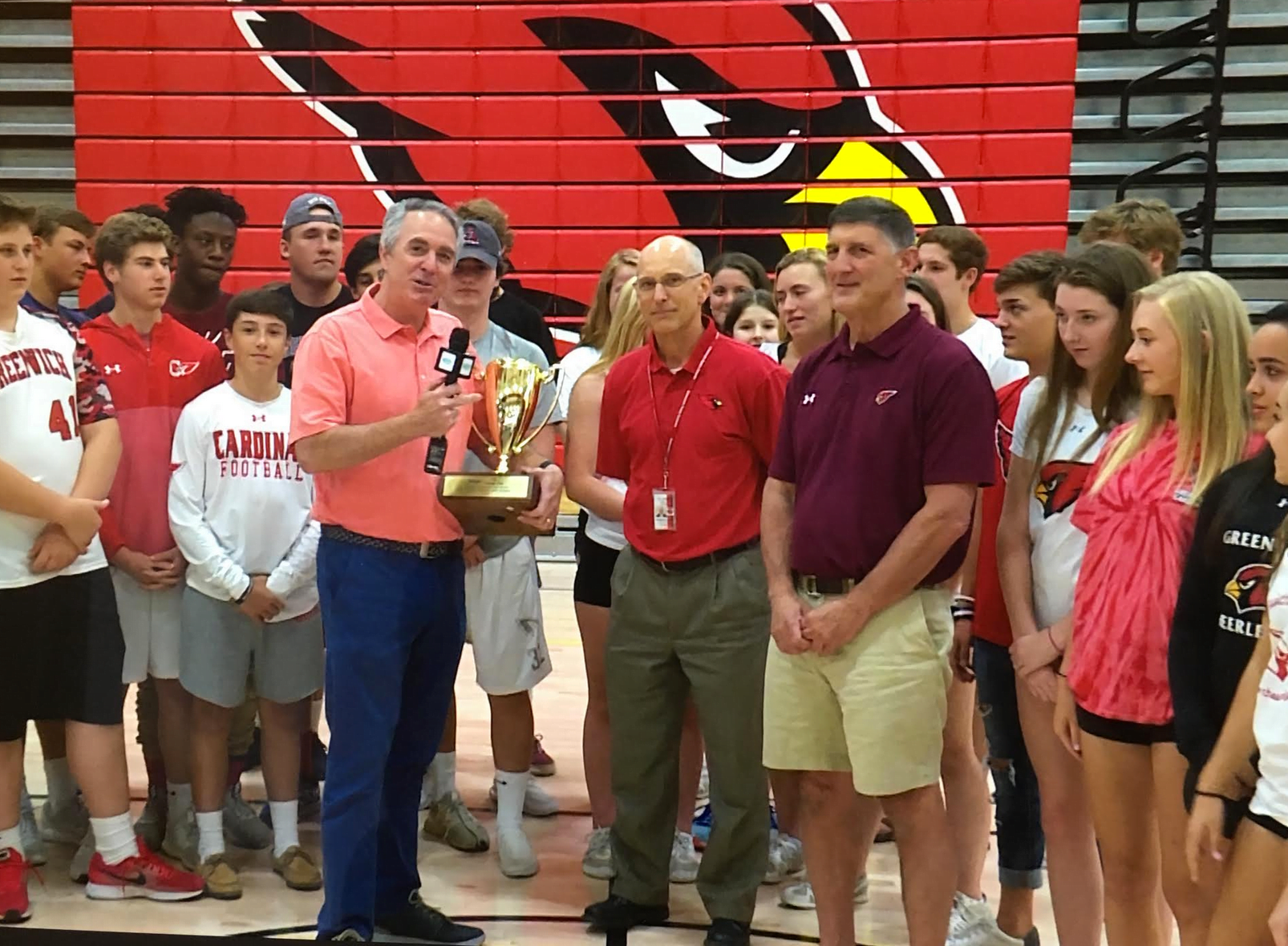 The Cardinals captured state championships in girl’s volleyball, gymnastics, boy’s golf, girl’s indoor track, and boy’s and girl’s swimming and diving, and finished strong in the CIAC state tournaments in several other sports.

The Vantage cup awards points based on success in the CIAC tournaments and keeps a running tally throughout the school year. Greenwich was in first place after the fall season and maintained its lead throughout the whole year.

Below is the final top ten with point totals.

The Vantage Cup is presented by Vantage SportsNet, an all-Connecticut sports network offered to all Frontier Communications cable subscribers. As part of its programming it airs a Monday through Friday half hour show (CT Sports Now) highlighting Connecticut high school sporting events across the whole state.  CT Sports Now airs live from 10:30-11pm and then re-airs three times the following morning on channel 1600 and 600 on all Frontier Communications cable systems.