What’s next for the wrecking ball in Greenwich? A four-bedroom single family home built in 1925 at 29 Butler Street in Cos Cob is posted for demolition. A sign warning of the dangers of Asbestos is posted on the front door.

The house, which sits on .49 of an acre, sold on May 1 for $1,110,000. Butler Street and nearby on Loughlin Ave are undergoing a transition, with several “holes” where houses have been demolished, and new homes under construction.

Last week, the Planning & Zoning commission okayed a plan to replace the building that is home to Corbo’s deli with a new two-story brick multi-use building that will feature a restaurant at 59 East Putnam Ave. 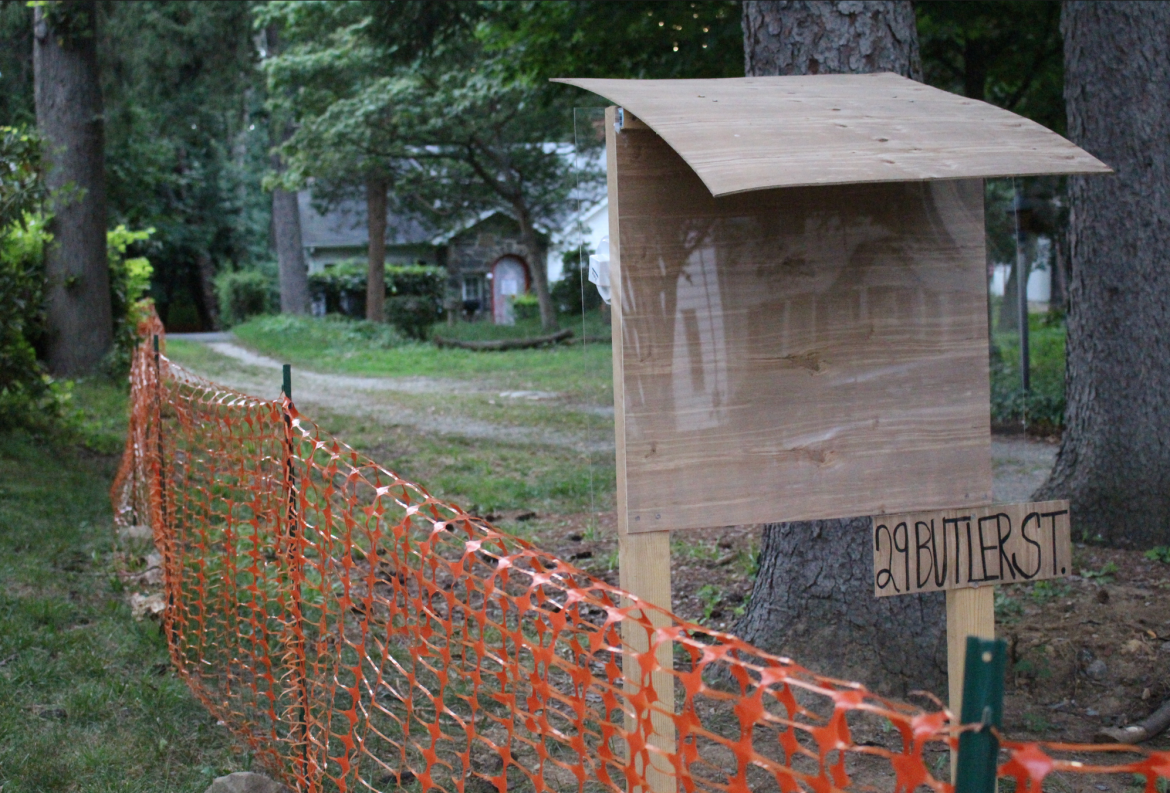 29 Butler Street is posted for demolition in Cos Cob. Credit: Leslie Yager 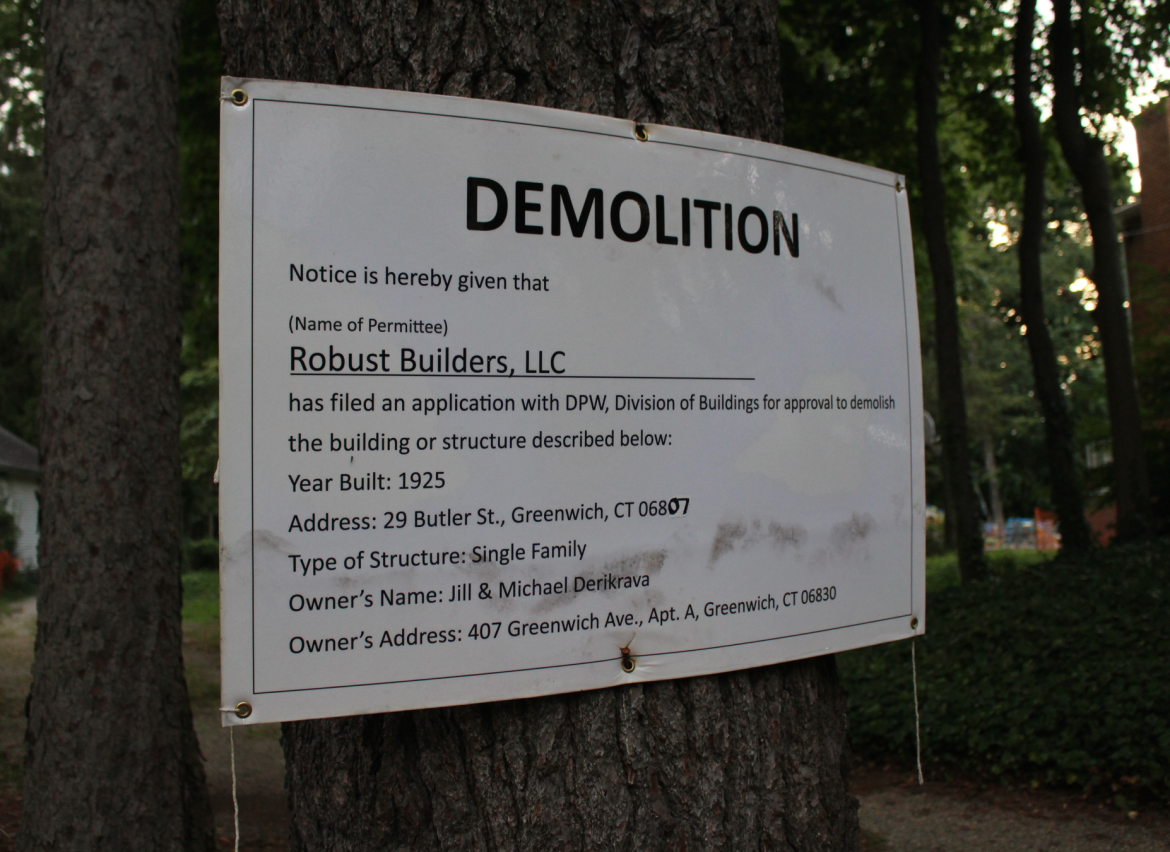