On Friday morning’s  Ask the selectman show Tesei said the DPW chief engineer Jim Michel has been appointed Deputy Commissioner of the Department of Public Works. Mr. Michel replaces the recently retired Dave Thompson who was a leader in the efforts to oversee the power plant restoration. Mr. Michael has been working for the town for about 5 years. 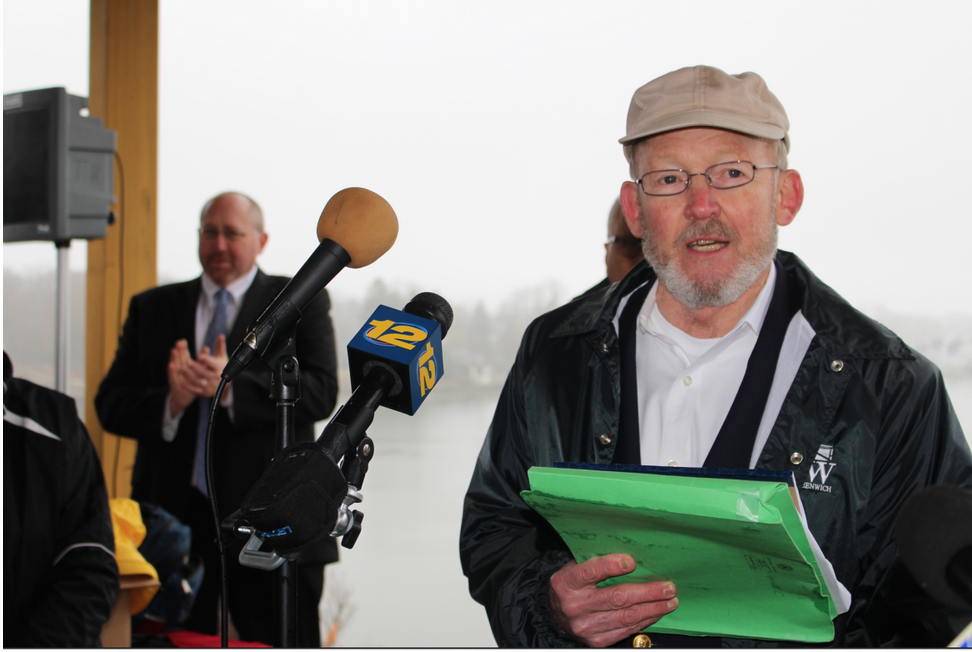 Dave Thompson speaking at the ribbon cutting ceremony for Cos Cob Park in March 2015.

There was a search panel that provided guidance and judgement in the search to replace Mr. Thompson. Mr. Tesei said recently appointed town administrator Ben Branyan sat on the panel, along with DPW Director, Amy Siebert, who deemed Mr Michel to be the top choice. Each of the selectmen interviewed Mr. Michel and concurred her opinion. Mr. Tesei said the appointment was effective immediately.

This promotion means the town is will need to replace Mr. Michel’s open job as senior engineer.