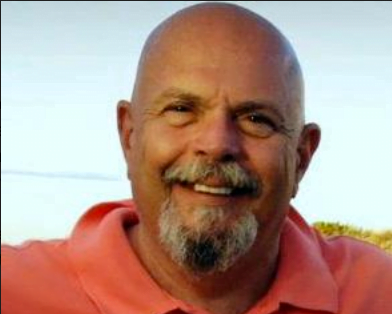 William G. Pennella, 68, a long-time resident of Oxford, CT, passed away on Saturday, June 8 after a courageous battle with cancer.  He was surrounded and comforted by his loving family – wife Jeanne and daughters Lindsay, Casey, and Jaime, and future sons-in-law Steve and Derek.

He attended St. Mary’s High School in Greenwich and later earned his degree in Business Administration from Villanova University in Philadelphia. In his professional life, Bill was a respected leader and innovator in restaurant services and airline hospitality.

A former owner of Duffer’s Country Tavern in Greenwich, he also worked extensively in support of the airline industry and was awarded the 1981 President’s Unit of the Year Award for Sky Chefs/American Airlines at JFK International Airport.

He later was the Director of Purchasing and Onboard Services for TWA, and Director of Catering for Tower Air.  In 1997, Mr. Pennella launched “Trains, Planes, and Ships”, his own consulting firm to serve the airline industry. In this capacity, he was In-Flight Catering Director for World Airways and later the driving force behind “The Houston Express’ – crafting, implementing, and managing the in-flight service for a 14-hour non-stop private charter specifically designed to transport petroleum company executives between Houston and Luanda, Angola.  Prior to retiring, he was recruited to secure an international franchise agreement and coordinate with architects and engineers to design an iconic Hard Rock Café in Luanda for Hard Rock International.

Throughout his professional life, Mr. Pennella believed strongly in attention to detail, giving the highest consideration to the customer experience, and making a personal connection with everyone he met. Blessed with a wonderful sense of humor, insight, and a generosity of spirit to help friends and family, Bill enjoyed taking cruises and spending time with his wife Jeanne of 33 years and was always there to love, support, and encourage his daughters Lindsay, Casey and Jaime. With a soft spot in his heart for his pups Jessica, Nikki, and Jake — Bill also enjoyed the simple things in life – like “working the land” as he called it, smoking a cigar, and watching old movies like Goodfellas and Casino.

A larger-than-life man who was a loyal friend to all, Bill will forever remain in our hearts.  Other survivors include his sister Judi Ostruzka (Ted) and his many nieces and nephews.

On Friday, June 14, from 4:00pm-8:00pm there will be a Celebration of Life at Coxe & Graziano Funeral Home in Greenwich. Funeral mass will be held on Saturday, June 15 at St. Catherine’s of Sienna in Greenwich with burial to follow at St. Mary’s Cemetery in Greenwich.

In lieu of flowers, the Pennella family is requesting donations be made in Bill’s honor through the following link to the Jimmy V Foundation in support of cancer research: